Why do you choose the browser you use? Maybe you think it loads pages more quickly. Maybe it's made by the same firm as your device and you think it's more compatible in some way. You prefer the graphics, perhaps, or it just happened to be pre-installed on your machine. Maybe you're not even aware that there's a choice.

In reality, two-thirds of us have been funnelled into using Google's Chrome, but browser choice also hides a contest about the openness of the web and how data is collected about users. One organisation that has always put such issues to the forefront is Mozilla.

The not-for-profit foundation, which has as its aim the promotion of "openness, innovation and participation on the internet", is best known for the Firefox browser, which it started developing in 2003. But the foundation was set up to shepherd the Mozilla organisation, which was formed in 1998 to oversee the development of a suite of web tools developed from another browser - Netscape Communicator.

Communicator was Netscape's fourth browser; the first came out in 1994, making it the first commercial web browser the world had ever seen. 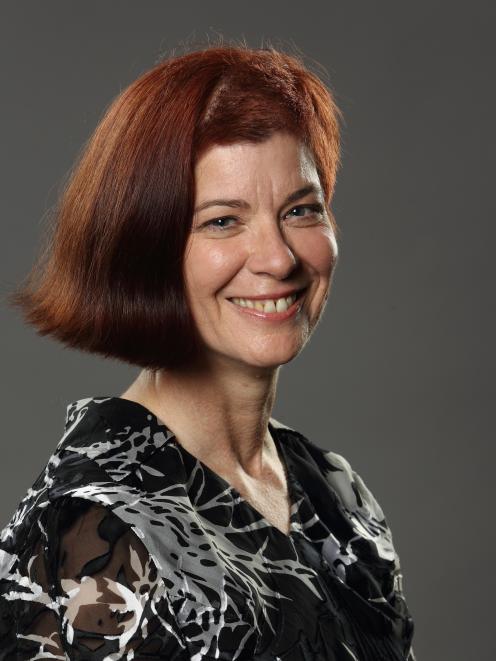 Mitchell Baker, chairwoman of the Mozilla Foundation. Photo: Getty Images
All of which makes Mozilla the web's oldest company or at least "the oldest thing on the consumer internet", as the foundation's chairwoman Mitchell Baker put it when I met her in London recently.

Mozilla has had its ups and downs over the years: making a hugely popular web browser twice over, before succumbing each time to crushing competition from a well-funded tech behemoth. In the mid-90s, Netscape was killed by Microsoft with its Internet Explorer. Then, in the late 2000s, a resurgent Firefox faced near-fatal competition from Google's Chrome. Now, hopefully, it is on another upswing.

"For the last - I don't know - three or four years, I'd say Mozilla has been remaking the organisation itself," Baker says. The Firefox browser, which had resisted the dominance of Microsoft's Internet Explorer, found itself faced with a far hardier opponent in the shape of Google Chrome.

However, the rise of the potentially monopolistic web platform also creates a new opportunity - in fact, an urgent new mission. Mozilla is no longer fighting for market share of its browser: it is fighting for the future of the web.

"In the early days, we thought all companies and social networks cared about us and cared for us," says Baker, speaking for web users as a whole. "And increasingly it has become clear that, no, you need someone looking out for you."

Baker's pitch is that only Mozilla is motivated, first and foremost, to make using the web a pleasurable experience. Google's main priority is to funnel user data into the enormous advertising engine that accounts for most of its revenue. Apple's motivation is to ensure that customers continue to buy a new iPhone every couple of years and don't switch to Android.

"Google wants the web to go through Google," Aral Balkan, the activist and founder of the internet democracy campaign site ind.ie, tweeted earlier this month. "It already mostly does: with eyes on 70% to 80% of the web."

The company has been accused of using its control of Chrome and of Google search to warp the very fabric of the internet.

Take "accelerated mobile pages", or AMP. The project saw Google hosting websites on its own servers, warping the web addresses so they all began with "google.com".

Why would any independent company allow Google to do that? Because the page loads marginally faster on mobile devices - and in so doing pushes them higher up the Google search results.

It's not just Google that benefits. It may treat Facebook as a bitter rival, but both companies have a shared interest in limiting the ability of users to shape how the web works.

"It's clear that if you go on Facebook and contribute information in some way - a post, a like or whatever - you're giving information to Facebook," Baker says. "What's not as obvious is that there are a lot of times when you're on some other site, doing something unrelated and, behind the scenes, Facebook is still gathering information - especially if you've signed in with Facebook."

So Firefox now runs sites such as Facebook in "containers", effectively hiving the social network into its own little sandboxed world, where it can't see what's happening on other sites. Baker says: "It reduces Facebook's ability to follow you around the web and track you when you're not on Facebook and just living your life."

Baker insists solutions such as this are important, saying: "The dystopian future is a risk for all of us. For those of us who remember Nineteen Eighty-Four, is that one possible future in front of us? For sure."

The fight takes place on several fronts and Mozilla is hoping to use its framing as "your pal on the internet" to branch out from being just a browser provider. (An email client, Thunderbird, has survived alongside Firefox, but is demoted to the status of community project.)

Mozilla has launched Monitor, a data-breach reporting service; Lockwise, a password manager; and Send, a privacy-focused alternative to services such as WeSendit. It's also beta-testing a VPN (virtual private network) service, which it hopes to market to privacy-conscious users.

Such a suite is an impressive sales pitch to a certain type of user - one who hopes for a better outcome than the one Baker fears. She says: "One thing that we've learned from our past is that it's hard to imagine a different future until you can somehow see or touch the promise of it. Before Firefox, everyone `knew' what the internet was going to look like. And that was Microsoft.

"It seems funny today - there's a generation today who can't imagine that - but until 2005, it was 100% known that Microsoft was going to control the internet."

If only it were so simple this time around. If Mozilla could be the David to Chrome's Goliath, the company would have an easy pitch. But there is a third player in the mix: Apple.

On the surface, the two companies share goals - and features. Where Firefox has "enhanced tracking protection", Apple's Safari browser has "intelligent tracking prevention". Where Firefox takes a swipe at Google by swearing that by contrast it "protects your privacy in every product", Apple's Tim Cook knocks Facebook by saying: "Privacy to us is a human right, a civil liberty."

Those similarities make Apple harder for Firefox to square off against. Yet in some ways, it is the more dangerous competitor.

For all the leverage that Google puts into making Chrome succeed, it leaves space for Firefox. Desktop computers can always download another browser. Android phones may be shipped out with Chrome pre-installed, but those phones allow users to install Firefox instead. Chrome OS, Google's operating system, which effectively wraps a thin layer around an always-open browser window, is more locked down, but ultimately just a thin slice of the market.

Things are different in Apple's section of the world. Macs remain a fairly open system, although the increasing focus on the Mac app store, which Firefox isn't on, bodes ill for the browser's future. And Apple's iOS (mobile operating system) is an acknowledged disaster for Mozilla. Safari is the default and, while users can install other browsers, they come doubly hindered: they can never be set as the default, meaning any link clicked in other applications will open in Safari; and they must use Safari's "rendering engine", a technical limitation that means that even the browsers that Firefox does have on the platform are technically just fancy wrappers for Apple's own browser, rather than full versions of the service that Mozilla has built over the decades.

"Even if you do download a replacement, iOS drops you back into the default. I don't know why that's acceptable. Every link you open on a phone is the choice of the phone maker, even if you, as a user, want something else.

"I don't see Apple listening at all. We make a huge technical investment in this obscure layer, called the rendering engine, because it turns out that's where there's a lot of power. In some systems, you can see the powerful thing right up front. But often the real power of the system is under the hood. And that's true of how you see content on the web. So we invest a lot in it and Apple simply prohibits it. We just can't use that technology. So I don't see that changing."

Ultimately, Firefox's future is as much down to the decisions of a few regulators as it is about anything Mozilla can do. Baker won't be drawn on regulatory discussions, other than to note that "it would certainly be helpful to be able to offer the product that you think does the most for people".

Investigations of abuse of monopoly positions continue and the humble web browser is such an important engine of innovation and control that it seems likely that it will get drawn into the fray.

But before that, Mozilla as an organisation needs to make its own success. And being the scrappy underdog of Silicon Valley feels like a natural place for the team. The oldest thing on the internet didn't get there by being unafraid of a few reinventions over the years. What's another one under the belt?