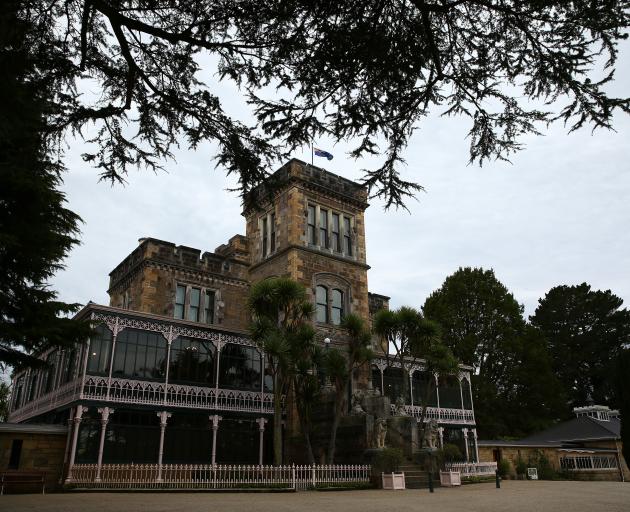 Larnach Castle required no fewer than 200 men working three years to complete the external shell of the building in 1874; craftsmen then worked on the interior for another 12 years. Photo: Getty Images
Larnach Castle has hosted a ball that was a celebration on a range of levels, writes Shane Gilchrist.

"By special arrangement the castle has been made available to a selected few who enjoy the finer things in life.''

So read the invitation to the 1967 Larnach Castle ball, also proclaimed by Dunedin media at the time as the "social event of the year, if not the decade''.

Certainly, some of those who were there remember the night fondly. Or, to put it more correctly, they remember parts of it.

"There were a lot of people worse for wear, but it went remarkably well,'' Sir Eion Edgar, one of the prime movers behind the ball, recalls.

Sir Eion was also one of the key organisers of the reunion ball held at Larnach Castle on Saturday night. Half a century - to the day - more than 100 of the 400-plus guests who were at that 1967 formal were again "announced'' to the energetic drone of bagpipes.

"We have had an amazing response,'' he said of the more than 150 guests who attended the reunion.

"Obviously, several of the original guests have died and others are unable to attend, but even they are desperate to see photos of the event. From my calculations there are 23 couples who attended the original ball who are still together - all married.'' 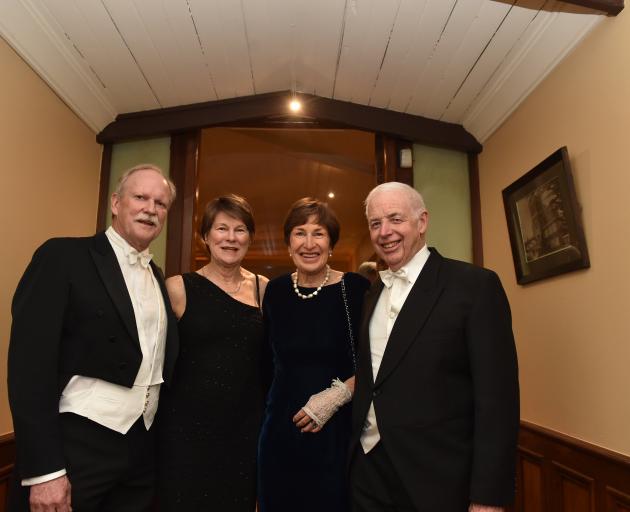 One of three University of Otago students who organised the 1967 ball, Sir Eion, Alistair Edmond and Russell Davis (deceased) were inspired by a conversation with Edmonds' mother, who had mentioned that Larnach Castle used to hold balls earlier in the century.

"We thought it sounded like a great idea so we contacted the Barkers and asked if they'd be prepared for us to organise one. They suggested we'd better come out and have a look at the place.''

Built by William Larnach (in what is described as Scottish baronial style) on Otago Peninsula, Larnach Castle required no fewer than 200 men working three years to complete the external shell of the building in 1874; craftsmen then worked on the interior for another 12 years. 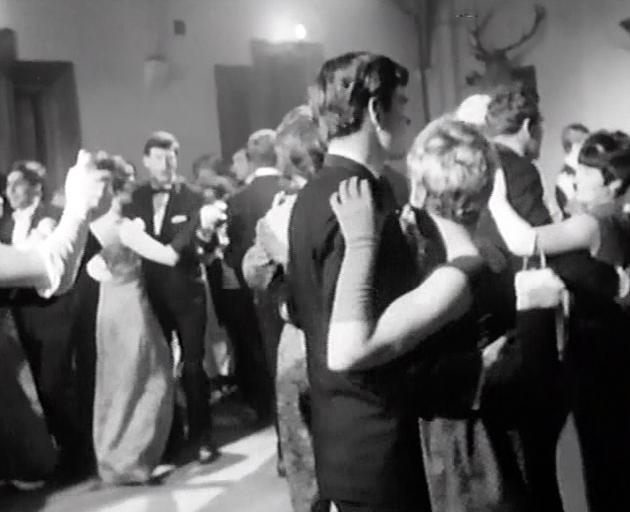 However, by the time Margaret and Barry Barker (now deceased) bought the castle in 1967 it was in state of near ruin, and had suffered significant water damage to its interior.

"The Barkers had only bought Larnach Castle in March that year. We went out and discovered the ballroom had been used to house sheep for the previous 20 years,'' Sir Eion reflects.

"It wasn't exactly in mint condition, so we got in some helpful fellow students and organised working parties over the next several weekends and cleaned it all out, painted it twice . . .

"It's amazing what the stimulus of a dozen beers can achieve. It was a case of many hands making light work. We had a lot of laughs. The Barkers weren't much older than us and didn't have a lot of resources.

"Someone else held a ball at the castle about three weeks later. Some of the people we contacted about this weekend's event thought they gone to our ball but mentioned they had started the night with mulled wine. Ours began with champagne, so they must've gone to a later ball.''

Sir Eion touches on another key point: Saturday night's reunion ball was one of a range of events being held this year to mark the Barker family's 50-year ownership of Larnach Castle, a remarkable tenure during which a derelict building has become a key tourism drawcard.

"It's a great credit to the Barker family. What they have achieved is amazing. They get a lot of tourists and deservedly so, because it is world-class. They keep making it better.'' 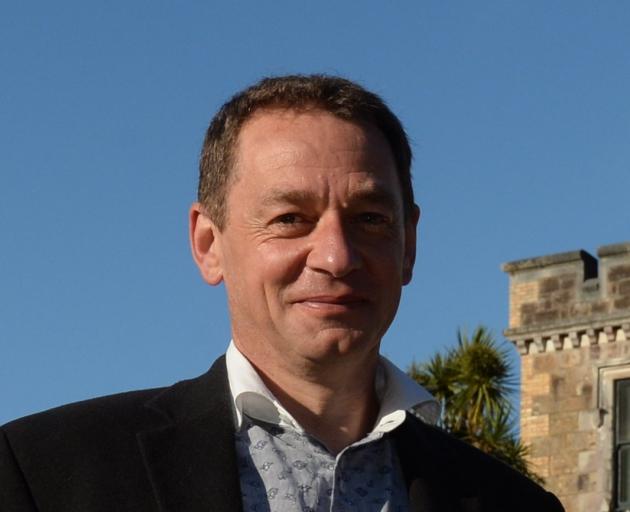 Norcombe Barker. Photo: Linda Robertson
Norcombe Barker, the son of Margaret and Barry, arrived at the idea of re-staging the 1967 ball after watching an introductory video aimed at guests.

"That 1967 ball was the first of many student balls at Larnach Castle, including the Dunedin School of Medicine and other faculty events,'' Mr Barker says.

"We have had a good link with the university. That's part of the reasons why we are covering the costs of the ball. It is a mark of appreciation for the work those students did back then.''

Although dances were a popular social event in 1960s Dunedin, Sir Eion and his mates saw an opportunity to add some polish to the notion.

"We thought it'd be something special,'' Sir Eion says. "Back then, a ball ticket would typically cost about $2-3 and we charged $10. We thought that might put people off but it didn't.

"The majority of  guests were students because the three of us were at university, but they also included old school friends. People flew in from all over There were quite a few from the Hawke's Bay, Auckland and Wellington and some drove down from Christchurch, too.'' 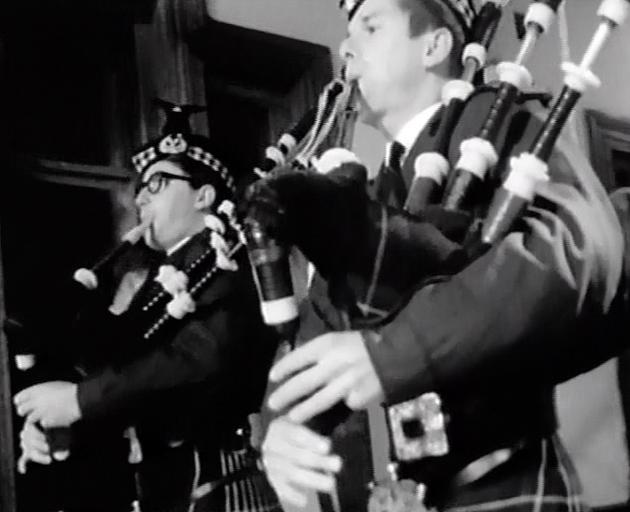 Bagpipe players at the ball in 1967. Photo: supplied
Margaret Barker says the 1967 ball brought the castle to wider attention.

"The big stimulus was the fact Television New Zealand ran a programme on the ball. That generated an awful lot of knowledge about the castle. It suddenly brought the castle to life. It did help us.''

"It was great to have young people with the courage to do something different.

"We'd bought the castle in March 1967 and the ball was only held a few months later. There weren't any loos for visitors so Barry, my late husband, and a farmer from down the road built toilets for the guests. They were finished the day of the ball.

"There was also no kitchen so an outside caterer was used. It was a huge task getting the place up to task. We were busy working that night. We acted as the function managers, helping get the castle ready, seeing the caterers in and cleaning up.'' 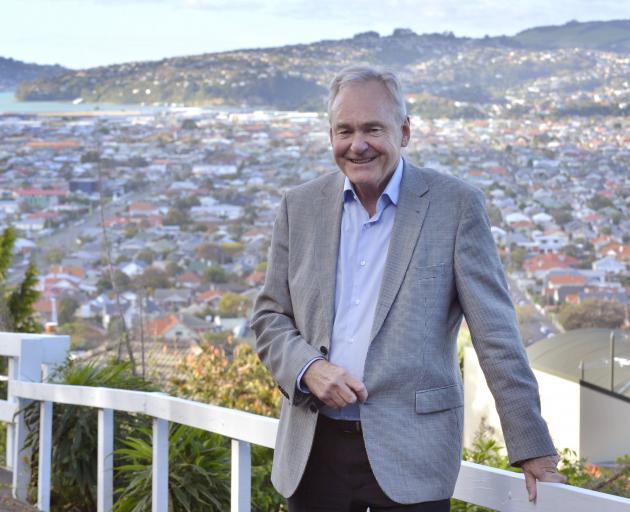 Geoff Thomas has great memories of the ball 50 years ago. Photo: Gerard O'Brien

Geoff Thomas has fond memories of the 1967 ball. And for good reason: he and his partner that night, Helen, have since been together for 50 years.

"It was the early days of our romance. I was a young law student, in my very early 20s at the time, and Helen had left school to study, too.

Now married, the couple caught up with some old(er) faces last weekend.

"A lot of the people coming I haven't seen for a long time,'' Mr Thomas says. "I don't think any of the guests saw behind the scenes that night, but I'd guess the facilities must have been pretty basic. That said, the product was great - the food and service was excellent. Everything was bang-on.

"They really turned it on. It was an upmarket event and the organisers made it really special. Even the invitation was impressive. The envelope had a wax seal on the back if I recall correctly.''

Collected by buses from various pre-ball events, guests were driven to the castle where the ball began with bagpipers heralding a Grand March into the ballroom, the men in black tails and  women in gowns and gloves.

A half-century on, those grand entrances were replicated, as were other aspects of the original event, Mr Barker explains.

These included guests coming in the front door, walking around the verandah and then getting "announced" in the main foyer. They then congregated in the lower verandah before doing the Grand March in the main ballroom, where they were accompanied by bagpipers.

Such attention to detail extended to the menu, which featured crayfish, roast chicken and suckling pig ("Our chef loves doing that sort of thing . . .'') and to an 18-piece band led by Calder Prescott, who played with the same number of musicians under the direction of Rolly Wright in 1967.