This is how the virtual world ends, not with a bang...

Not all Google endeavours turn into gold. 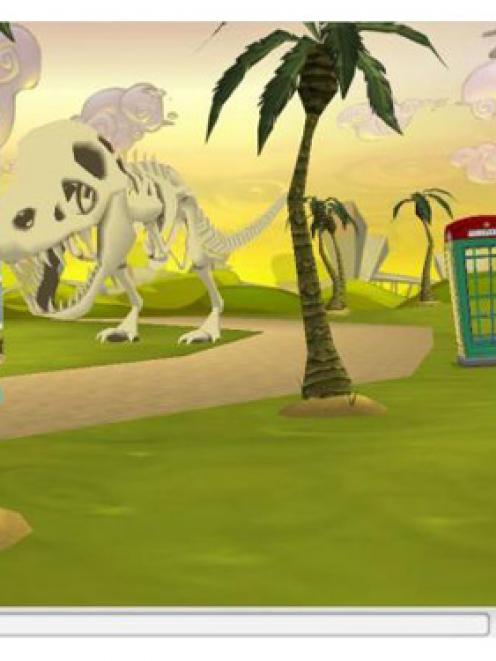 A screenshot from Lively.
Lively, a virtual world the Internet giant launched less than five months ago, will be shut down at the end of the year so Google can focus on its bread-and-butter search business.

The company said it supported experimentation but had always accepted "that when you take these kinds of risks, not every bet is going to pay off".

As of last week, Lively had 10,000 active users who had logged into the virtual world on at least one occasion in the past seven days.

`When you're talking about building a business, those are not huge numbers, especially for a company the size of Google," said Chris Sherman, executive director of Virtual Worlds Management, an Austin, Texas, company that manages trade shows and publishes research on virtual worlds.

The statement suggests that Google, which is notorious for keeping slow-to-catch-on products in beta, may be choosing to cut bait more quickly now that there are fewer advertising dollars to go around.

It may also be a reflection of Google growing up, according to analyst Greg Sterling.

"This is a watershed time for Google," he said.

"They grew up under this enormous boom where engineers were free to experiment with products like this. Now Google is seeking to grow under pressure from the economy, and it may be trying to do so in a more planned way. So the freewheeling nature of its earlier culture may be giving way to reflect their status in the market."

There was another lesson, Mr Sherman said: "Don't launch a half-baked product."

Although Google succeeded in creating a virtual world that was easy to use, he said, it did not give people enough things to do.

Lively had no virtual currency and few advertising opportunities to attract businesses to set-up shop.

"But a lot of these things weren't integrated [into Lively]. It was very disappointing."

Here is another lesson, courtesy of other virtual worlds that have collapsed in recent years: Turning Lively off come December 31 may not be that easy.

People in virtual worlds established a "sense of community and belonging" that was difficult to uproot, said Dmitri Williams, assistant professor at the University of Southern California's Annenberg School for Communication.

"It would be the equivalent of someone erasing a neighbourhood community centre."

"It's bound to ruffle feathers. These are important spaces for people."