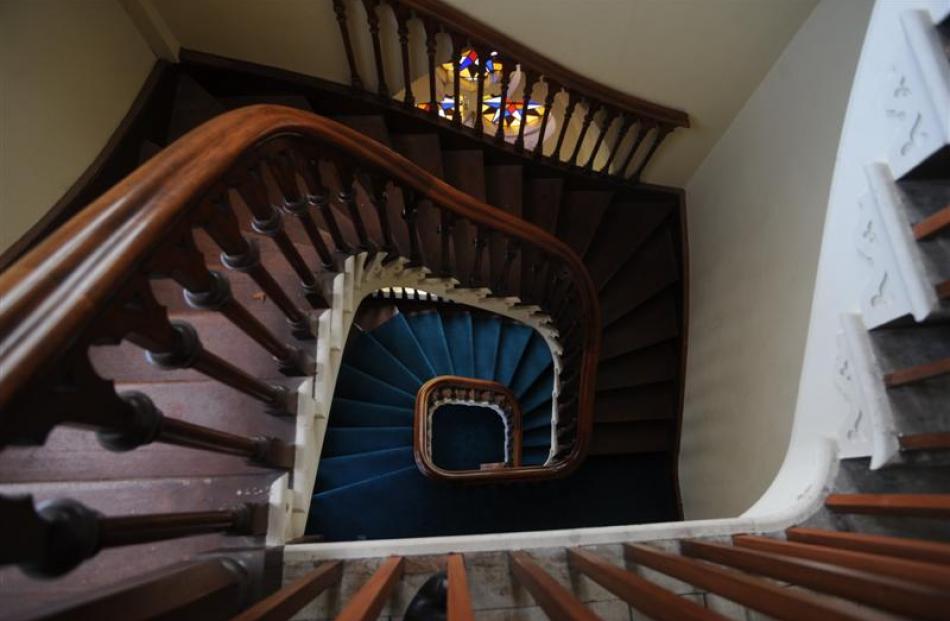 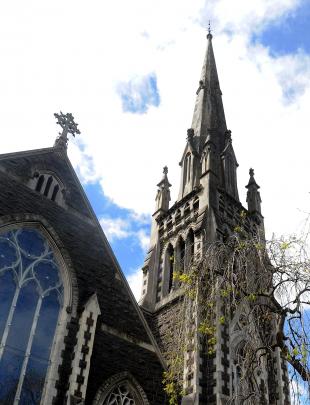 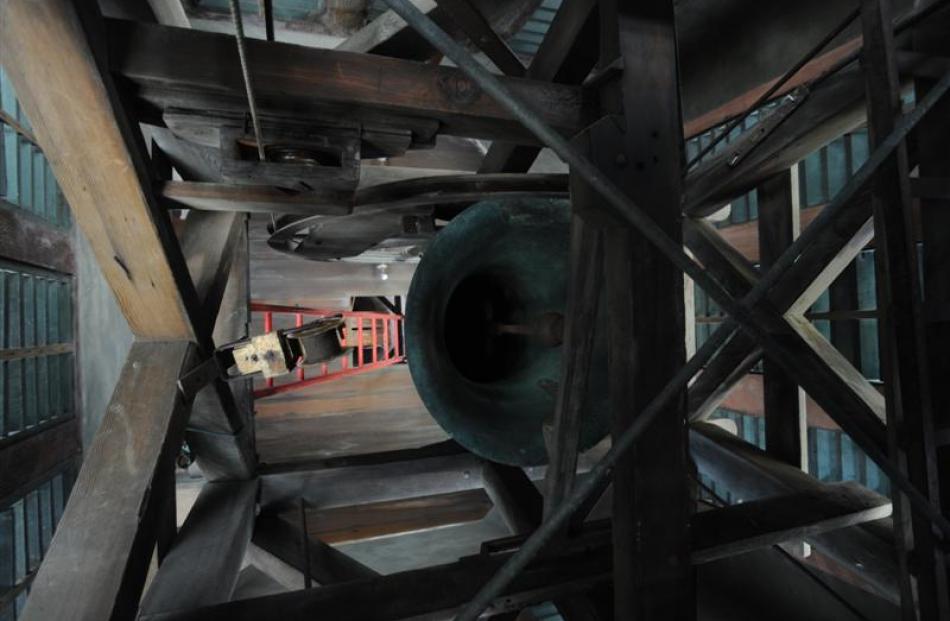 If you are clinging, slightly panicked, to the side of the substantial wooden superstructure that holds the massive Knox Church bell, it is well worth looking over your shoulder, through the fragile wooden slats that are the only thing between yourself and a fatal 50m plunge to your death.

Nothing reminds you of your own mortality, and perhaps the spiritual dimension that lay behind the construction to which your sweaty hands are clinging so tightly, as the outcome of such a fall.

To help things along, once you get to the top of that dusty bell housing, the thinnest, most fragile and wobbly ladder awaits to take you to your final destination - in this case, fortunately, the stunning room at the top of the spire.

To get to the top of the Knox Church spire - and access is only through locked doors - requires overcoming one's fear of heights, but making the effort is very worthwhile.

To get there requires the help of church officer Benjamin Thew, who said few people now got the opportunity to access the spire.

From the main doors of the church, four flights of stairs rise upwards, past beautiful stained glass windows, before you arrive at a cramped, locked half-a-door set into the corner of a stair well.

Through the door, one enters the bell tower room, where the wind howls through wooden slats, where huge wheels are attached to pulleys attached to thick wooden beams criss-crossed across the room, creaking ominously with each gust.

Further upward travel involves pulling yourself through and on to the outside of the bell structure, bracing arms and legs against the diagonally placed beams, and dragging yourself upwards to the top.

From there, you are faced with the ladder - the thin, wobbly ladder that takes the fearful and disturbed up to a tiny manhole in the roof.

Through that manhole is the top storey, with a dust-covered floor that has clearly been dinner to some form of insect or another beneath your feet, and a mass of cobwebs above your head.

Movement is restricted in the room by steel bars fanning across between the walls, evidently added to strengthen the structure.

T.R. Markham scratched his or her name into concrete in the room in 1996, and DMK in 1876 - the year the church was opened - if the graffiti is to be believed.

While the return 50m journey was no less alarming than the ascent, the Knox spire is a remarkable, magical Dunedin space.