The laws of science and politics 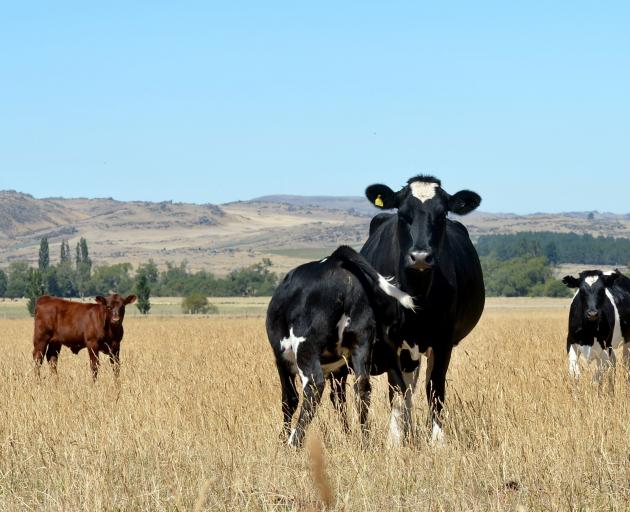 A calf feeds in a drought-struck paddock near Middlemarch. The treatment of methane from livestock remains contentious in the new climate change Bill. Photo: Stephen Jaquiery
The Zero Carbon Bill has a new name and some more detail. After its unveiling this week, scientists weighed in on its strengths and weaknesses. Tom McKinlay summarises.

Young people understand what's required to address climate change. They took that message to the streets in March.

It may be that the country's politicians are waking up to it too.

This week the Government unveiled the Climate Change Response (Zero Carbon) Amendment Bill. It started life as the Zero Carbon Bill, a proposed piece of legislation adopted by the Green Party as a result of lobbying from Generation Zero, a climate-change action group made up of young people.

The Act it will now amend was passed in 2002, with the aim of curbing the country's greenhouse gas emissions. It failed to do so.

The proposed new amendment Bill is an attempt to do better - over the next 30 years - and reduce those emissions in a way consistent with keeping global temperature increases to no more than 1.5degC. That lines up with the international Paris Agreement and the latest climate science from the IPCC.

Climate Change Minister James Shaw says the Bill will address the reality of a warming world and the increased severity of droughts, floods, fires and storms that brings. Droughts such as the one in 2013 that cost the country $1.3 billion, and the storms of the past several years that have racked up insurance costs in the tens of millions of dollars.

At the centre of the new Bill is a decision to treat different greenhouse gases differently. The Government last year consulted on how it should treat those emissions, suggesting three pathways:

•aiming for net-zero emissions for all greenhouse gases.

In the end, the new Bill has come down on the side of treating gases differently, with CO2 and nitrous oxide emissions to be reduced to net-zero by 2050 and a staggered target for methane - mainly from farm animals - aiming for a 10% reduction by 2030 and between 24% to 47% reductions by 2050. Methane emissions declined 2.5% between 2007-2017. 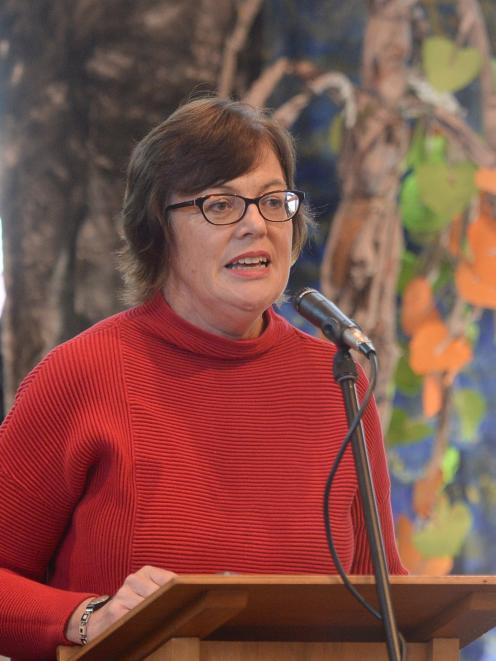 Assoc Prof Bronwyn Hayward
Under the Bill, regular five-yearly "emissions budgets" will be released by an independent Climate Change Commission. The first budget period will be for 2022-2025, based on advice from the commission, then five-yearly from 2026. There will be three five-year budgets in place at any given time, looking ahead 10 to 15 years.

None of this changes New Zealand's "Nationally Determined Contribution" under the Paris Agreement, which is to reduce greenhouse gas emissions to 30% below 2005 levels by 2030. It is a commitment regarded as insufficient to holding warming to even 2degC by many.

The principal method to achieve the cuts remains the Emissions Trading Scheme and it is expected there will be "very limited circumstances" under which internationally traded carbon reductions will be used to meet targets.

The Bill also creates a legal requirement to adapt to the effects of climate change.

The commission will carry out regular risk assessments, at least six-yearly, to assess the risks from climate change and address them in a national adaptation plan.

The seven-member Climate Change Commission will be made up of "experts", will be independent but not have decision-making power. The Government of the day will decide precisely what measures are taken.

Reaction to the Bill has been mixed, from those decrying it as inadequate and toothless to those condemning it as "frustratingly cruel" for farmers.

Scientists are less polarised but not unanimous either. While there is general agreement over the decision to treat different gases differently, the methane targets are contentious.

Assoc Prof Bronwyn Hayward, a political scientist at the University of Canterbury who was a lead author on the IPCC's October Special Report on limiting global warming to 1.5degC, described the Bill as "both hopeful and troubling".

"At one level it is hopeful because all parties have already expressed support for this legislation and we need cross-parliamentary agreement for effective climate action. On the other hand, the legislation sets a low bar, particularly over methane emissions in the near term, so low that we have to ask, is this what it takes to get a cross party agreement?"

The targeted 10% reduction in methane from 2017 levels was below the recommendation of the Parliamentary Commissioner and far below the target of the IPCC 1.5 report, "which called for `deep reductions' in methane globally at a rate of 35% by 2050 relative to the rates of emission in 2010", she said.

"Part of that call for global reductions in methane was a recognition that methane is a fierce short-lived, heat-trapping gas, there is an assumption in my view that cutting methane may `buy time' for the more significant long-term emission cuts we need globally in carbon."

If New Zealand is not cutting methane at the rates needed on global average, we would need to cut carbon harder, Prof Hayward said.

It was good to see the targets go some way towards reflecting the underlying science of warming by differentiating between long- and short-lived gases, Prof Frame said. But the size of the methane targets struck him as unnecessarily large.

"I'm a bit surprised that the Government have opted for methane targets that go well beyond the level of cuts needed to stabilise temperatures, which may invite a future government to reopen the issue, but it's important to note that the steeper end of the range of possible methane cuts would only be triggered if the rest of the world gets much more serious about climate mitigation," he said. 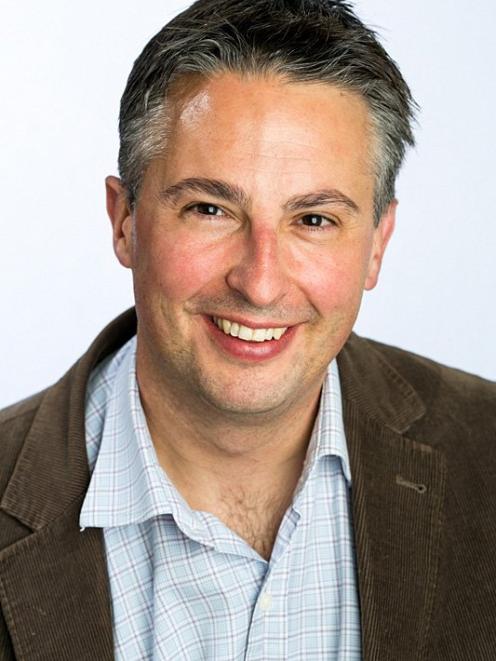 Assoc Prof Ivan Diaz-Rainey
"That's an important caveat and I hope it doesn't get lost in the inevitable noise from the pro- and anti-farming lobbies."

Prof Robert McLachlan, of Massey University, said not opting for "net zero all gasses" looked weaker than what many people had wanted.

However, it was significant that methane emissions cannot be offset by planting trees.

"All other gasses, principally CO2 from burning fossil fuels, and nitrous oxides from synthetic fertilisers and animal urine, must go to zero by 2050. They can be partly offset by planting trees, but that does not avoid the need to stop burning fossil fuels."

"Research has focused on developing vaccines and inhibitors for reducing enteric methane produced in the rumen of cattle, sheep and deer, identifying low methane forages and breeding low methane sheep and cattle," he said.

This was work in progress, he said.

Regardless of the arguments over methane, New Zealand would struggle to meet its targets, Prof Hayward said, as it had done little to shift the behaviours behind our still rising CO2 emissions.

Transport accounts for about 17% of CO2 emissions in New Zealand.

It was good to see the climate change commission would be driven by research, not by industry stakeholders, but its task would be difficult as there are not many ways to make easy wins, she said.

"So we need a fearless, frank body that can publish reports on time and offer information freely."

For the legislation to work, everyone would need to do their fair share.

"New Zealand is well positioned to make an energy transition away from oil and fossil fuels. But this requires whole of government commitments and will impact on everyday life and business from public transport, to investments, long haul tourism, city infrastructure and construction."

Given that challenge, it was "a bit depressing" that the Emissions Trading Scheme is our "key" policy approach, Prof Hayward said.

"I worry that setting the ETS as our policy centrepiece is not enough on its own to get us to net-zero carbon by 2050 and it risks sending the signal that if it's all a bit hard, we can just pay someone else to make the cuts for us."

Prof Frame agreed that it was important not to make too much of targets.

"Credibility flows outwards from actual policies, not aspirations for 2030 or 2050," he said.

Assoc Prof Ivan Diaz-Rainey, of the University of Otago's climate and energy finance group said what was needed now was the sort of policies that would begin to drive real-world change.

"Policies that will start putting PV on rooftops ... policies making new homes passive homes; policies ensuring more of us drive [electric vehicles (EVs)] and that we don't import petrol and diesel vehicles that the rest of the world is offloading because they are switching to EVs.

"The Bill provides a structure for allocating emissions budgets which is very important, but without associated policies those budgets will be embarrassing fictions in the years to come."