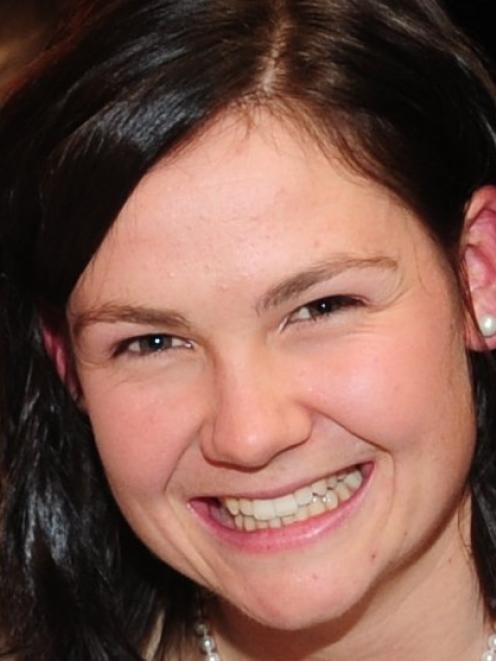 Nicola Shanks
As the call goes out for coaches and committee members, Kim Dungey finds there are still people willing to help, but the face of volunteering is changing.

If someone had asked her a few years ago to chair the parent student teachers association at her child's school, Nicky Jocelyn-Homan's response would have been ''no way''.

But when the incumbent left midway through last year and someone in the Queen's High School association needed to take on the job, Jocelyn-Homan raised her hand.

The occupational therapy training she had just completed had given her confidence but not a job, so she decided to put her skills to use in a volunteer role.

''I was too enthusiastic,'' she says, laughing. 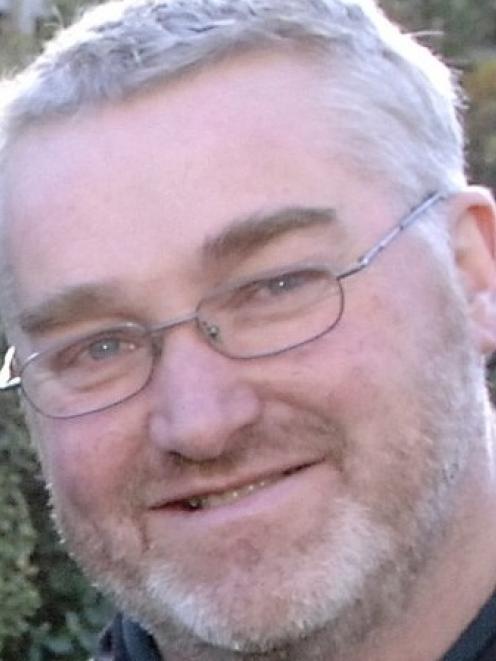 Kevin McRae
''I think that was my problem.''

As well as helping late last year with the school's summer reading programme, the Dunedin woman mends clothes at its uniform shop, drives her daughter to rowing about 5.30am three days a week, cooks at rowing regattas and is on the parent student teachers association at her son's high school. However, she insists that other parents do much more.

For many New Zealanders, volunteering has involved helping out with their children's school and sports activities. These days it can also mean welcoming visitors at a Rugby World Cup, cleaning up after an earthquake or an oil spill, taking high school trips to Third World countries and everything in between.

Women - traditionally the source of volunteer labour - have entered the workforce in greater numbers, reducing the pool of available helpers. Organisations are recruiting online and, in some cases, becoming more professional in their management of supporters. 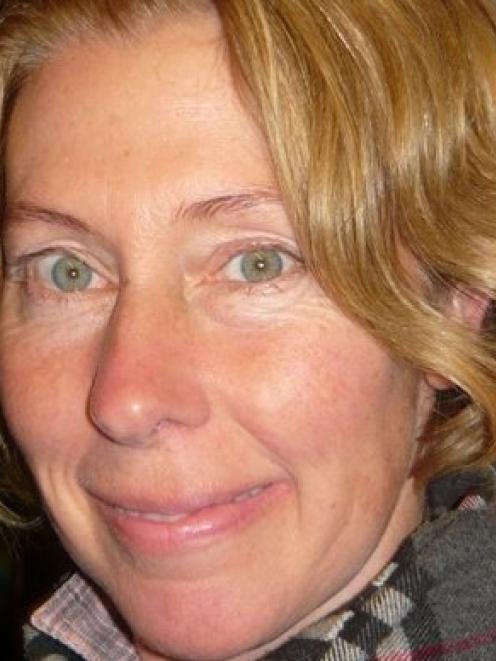 Charlotte Flaherty
But the biggest trend, according to Volunteering Otago manager Anna Clere, has been a move to short-term, episodic volunteering.

''Now, more than ever, people are very independent and their lives are going in many different directions. So organisations need to adapt and be flexible, just like workplaces are more flexible in their work hours for people.''

Projects in which people can use a range of skills are also a ''sexier sell'' than some traditional forms of helping, Volunteering Otago chairwoman Charlotte Flaherty believes.

''It used to be stuffing envelopes was seen as volunteer work. Now it's `Can you come up with a website for us?' ... It's really enticing to think you can see something from gestation to completion.'' 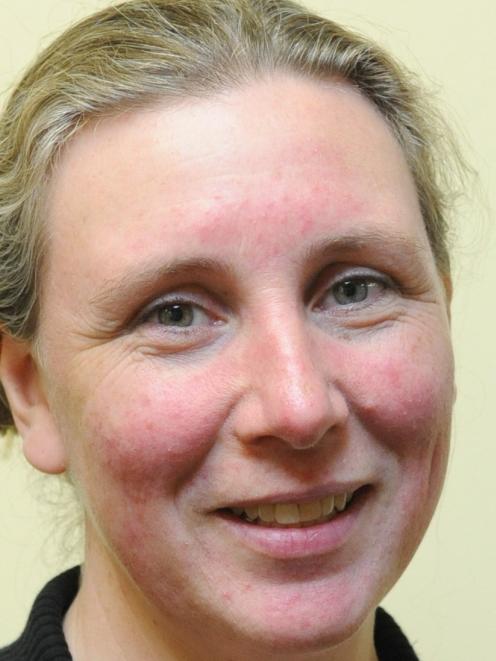 Anna Clere
The relationship between volunteers and the organisations they serve is not always a smooth one - think the Rotary men who resigned from duties at Forsyth Barr Stadium after being asked to swap their white coats for uniforms, and the Wanaka volunteers dismissed by the Cancer Society after clashing with a staff member over resources (the society later rescinded the termination notices and issued an apology).

But without volunteers, many events would not happen and, according to Clere, they can ''carry the ethos'' of an organisation in ways that no paid employee or media organisation can.

Statistics show that almost a third of New Zealanders aged 10 and over give their time to non-profit organisations.

Volunteers account for about 80% of the St John workforce and the country's firefighters. There are an estimated 500,000 working in sport - the biggest volunteer sector - and 4000 attached to Scouts New Zealand, which has 13 paid staff nationwide. 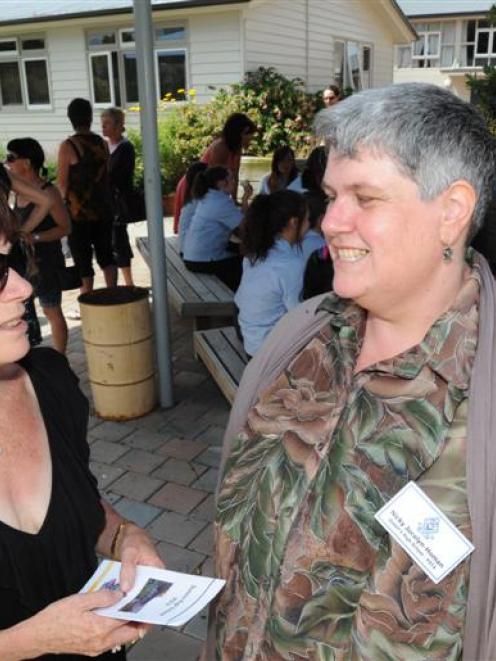 Nicky Jocelyn-Homan (right) chats to Heather Sue at a barbecue for parents whose daughters recently started at Queen's High School. The event was a chance for Mrs Jocelyn-Homan, acting chairwoman of the parent student teachers association, to recruit new members for the group. Photo by Gregor Richardson.
However, most of these sectors also report problems recruiting enough helpers. In the past year, three scout sections in Dunedin have folded because they could not enlist leaders, each closure affecting 12 to 18 young people.

St John has had significant problems finding volunteers in rural areas such as Milton, Owaka and Balclutha and is short of about 100 people to crew ambulances in the Waitaki district, which stretches from Owaka to Geraldine and inland to Mt Cook. And the Fire Service reports staffing is sometimes difficult in rural areas because employment takes people out of those districts during the day.

Ironically, a drop in callouts may also be discouraging some volunteer firefighters - one manager likened it to being in a rugby team and not playing any games.

Ms Flaherty says central government is withdrawing money ''left, right and centre'' and may have a ''planned reliance'' on the work volunteers do to sustain the economy.

In her view, this is outweighed by the fact that volunteering makes neighbourhoods stronger and more cohesive: ''Volunteers really are the backbone, the blood and the gristle of our community.''

But there is an element of the same people stretching themselves and being used ''over and over again in different capacities''.

The supervision of pedestrian crossings near schools is one area where a ''huge'' lack of parental support means consideration may have to be given to ''obligatory volunteering'', she says.

''It's an oxymoron. But when people arrive at school, the [enrolment] package could say, `Once per term, we'd like you to do volunteer duty'.''

While work and family commitments, personality clashes and transport costs all deter people from volunteering, Sport Otago's Nicola Shanks say a lack of confidence can also be a factor. To coach children's sport, people only have to be able to teach basic skills and to get the information across in a fun way. But many parents don't think they know enough to put their hands up.

For many groups, enlisting help has meant being inventive.

Aware that people have less time for regular volunteering, Queen's High School takes the names of parents who are not prepared to go on committees but happy to help at specific events. And parents stepping down from roles are asked to write down what to do and how to do it so the knowledge does not leave with them.

Scouts has realised it needs to ''re-emphasise'' the benefits of volunteering and to be more flexible about how it operates its groups, lower South Island regional development manager Kevin McRae says. That may mean that if a leader works shifts and is available for section night only once a fortnight, another parent fills in every second week.

Many non-profit groups also list their volunteer opportunities with Volunteering Otago, where the available roles range from planting trees to looking after horses for Riding for the Disabled and reading newspaper stories over the telephone to the blind - something Clere says takes only 20 minutes ''and can be done in your pyjamas at home''.

However, most say a personal approach is still the best one.

''If someone taps you on the shoulder and says, `Hey, you'd be really good at coaching touch, would you like to help out?', that's usually enough for people to say `yes'.''

Increasingly, charities may look to recruit the work-poor and time-rich, such as older, retired people and young people seeking work experience.

Terry Buckingham, who helped set up Dunedin's Scarfie Army last year, says young people bring energy and enthusiasm to volunteering and many of them are highly skilled in the latest technologies.

An Otago Polytechnic initiative, the army began with automotive engineering students servicing community vehicles and outdoor education students carrying out a coastal clean-up. A part-time co-ordinator will be appointed soon and university students will join up later.

Buckingham says the venture, inspired by the success of the Student Volunteer Army in Christchurch, is designed to make volunteering easy, accessible and fun. He would like to see all 3500 polytechnic students (and 500 staff) volunteering at least one day a year and leaving with ''volunteer transcripts'' they can show to potential employers.

As a report commissioned by the Scout Association in the UK showed, gone are the days when people did not particularly care for whom they volunteered so long as it filled their time and felt like charity work. Volunteers still want to make a difference but increasingly want to know what is in it for them, be it work experience or the chance to use their skills, overcome loneliness or build workplace teams.

For Nicky Jocelyn-Homan, the volunteering her parents did to ensure facilities didn't disappear from their rural community might have been a catalyst but it is the fun she has had, the people she has met and the thought she is helping her daughter's school that keep her going.

''People are quite exhausted these days. They're worried about employment and things like that. But they don't realise what you get from volunteering ... '' she says. 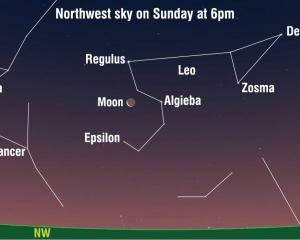