The paradox of the elder 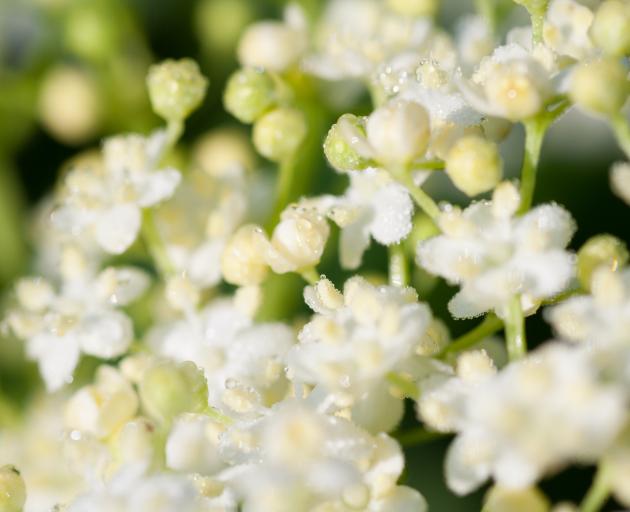 Photos: Getty Images
They call it a weed in these parts. And yet I'm driving home with an eye out on the green beyond the roadside every day so I can catch it in its first bloom, writes Liz Breslin.

Sambucus nigra. Not to be confused with the profusion of hawthorns and pyracanthas also being white and abundantly floral all around. There's nothing quite like an elder tree. The lacy parasol blossoms, the faintly pissy smell. The rewards for getting up early to pick the dewey heads and mixing them with sugar, water, a smidgeon of citric acid and time. My best home brew attempt ever was a volatile, fragrant elderflower experience that I'm always hoping to be able to recreate.

Botanist William Coles wrote, in the mid 1600s, of elderflower that "There is hardly a Disease from the Head to the Foot but it cures. It is profitable for the Headache, for Ravings and Wakings, Hypocondriack and Melancholly, the Falling-sickness, Catarrhes, Deafnesse, Faintnesse and Feacours". Feacours, as far as I can work out, might be fevers. I have friends that swear by the power of elderberry syrup to get them through the winter and I can certainly attest, in a not very rigorous bout of modern research, that drinking my elderflower concoctions over summer make everything at least seem better.

So far, so sweet and light. But in my memory there's something dark about elders, and not only because of their colonial invasion. They sat outside the graveyards of my youth, and they seem to sit uneasy in history, too - feared and revered through the years. 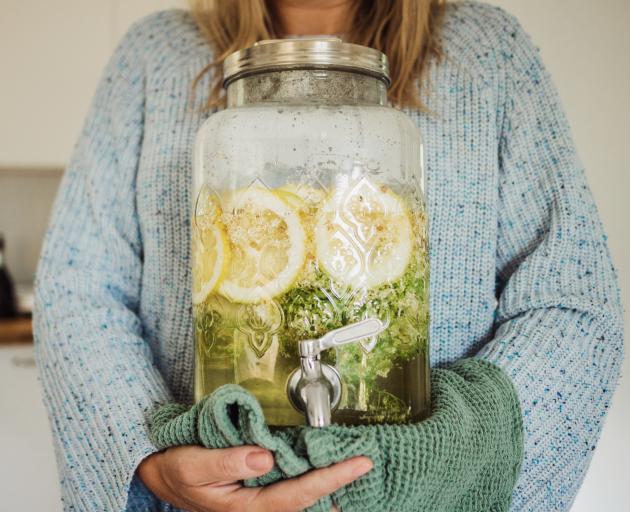 The oldest known practical use of an elder tree is in the making of huts/homes about 4000 years ago. Then came the druids, who were respectfully superstitious of its powers. Protected by the White Goddess of the underworld, they said the elder warded off evil spirits. In wider Celtic lore, it's seen as super-transformational. In Scandinavian tales, the tree, inhabited by Hyldemoer (Lady Elder), has to be asked correctly and politely when you approach to take what you need. Reminder for modern usage: it never hurts to show appropriate reverence to a source of sustenance.

A story from Northamptonshire, England, where I have more than once picked elderflowers unthinkingly, tells of a man who cut an elder branch for his child to play with, only to see the tree bleed. On the way home they saw a witch woman they knew, with a bandage around her bleeding arm. There must be a right way to cut them, though, as Irish witches traditionally fly on elder branches and stir pots of water with them to bring on storms. And wands. They make great wands. The most potent of all the wands in Harry Potter's world is the elder.

The reputation of elders took a turn for the worse under early Christianity. It's set down that Jesus of Nazareth was crucified on a cross made of elder wood, and Judas Iscariot hung from the branches of an elder tree. (Slightly related fact: crucifixion still happens today though the reports tend not to concentrate on what kind of wood is used. We could ask Saudi Arabia about it - they'd be sure to give us a straight answer.)

Contradictions abound, in tales and truths. Elders are a noxious weed, with toxic leaves, purgatory bark and poisonous (when uncooked) berries, yet every single part of them has been used in medicinal ways since round about the time Hippocrates was drafting his oath. Hyldemoer is the goddess of life and death. A witch can turn into an elder tree: planting elder trees will keep witches away. You should plant elder trees in your garden for good health and fortune: you'll die young if you build your house in the shadow of an elder. Luck will be yours if you dry your clothes on an elder tree and yet you should never use it to build furniture or light a fire. It's the preserve of elders (in the different etymological sense) and rural folk: it's right now right on urban trend.

In a week of right royal minutia, there's also, of course, a right royal connection to be made here. Apparently the happy Sussex couple had an elderflower and lemon wedding cake back in whenever they got hitched. So now everyone loves elderflowers and everyone sold out of elderflower cordial and before we know it, everyone's going to be bandwaggoning - looking for a picking patch to call their own and invading it without asking Lady Elder. Lucky they grow like weeds. It's so the zeitgeist of foraging and royalling. Oh hooray.

Folk medicine. A dangerous practice for the cottage gardener in the C17th. King James went bonkers after seeing Macbeth, and sent out witchfinders.

The Sussex couple haven't even visited Brighton and Hove.