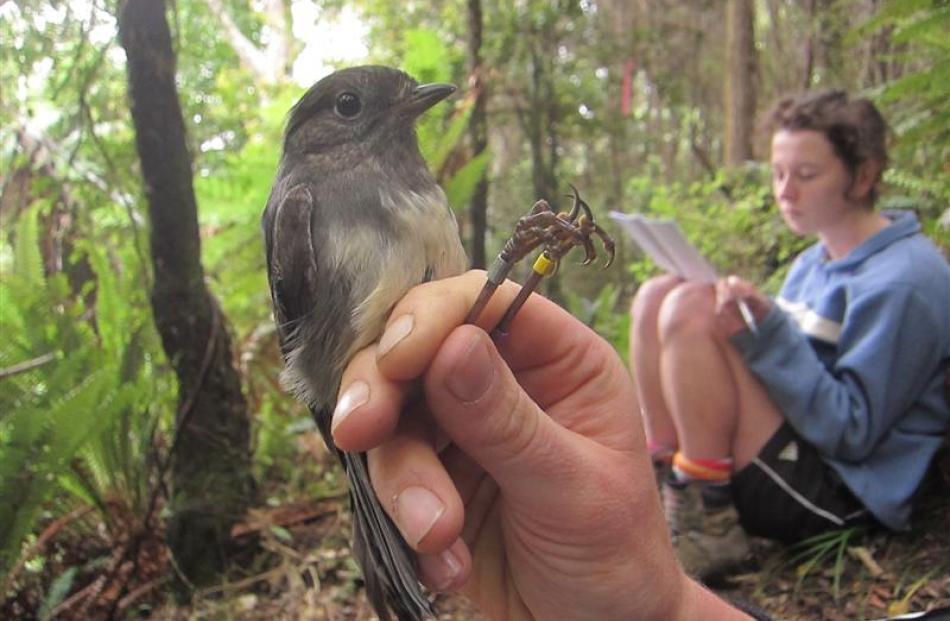 Banding an adult female with field assistant Rebecca McMullin recording in the background. 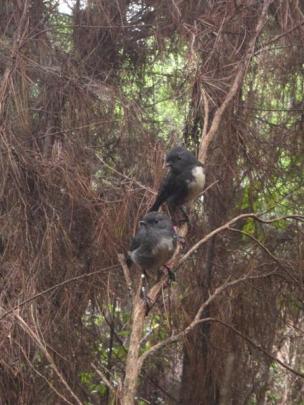 A male robin with fledgling. 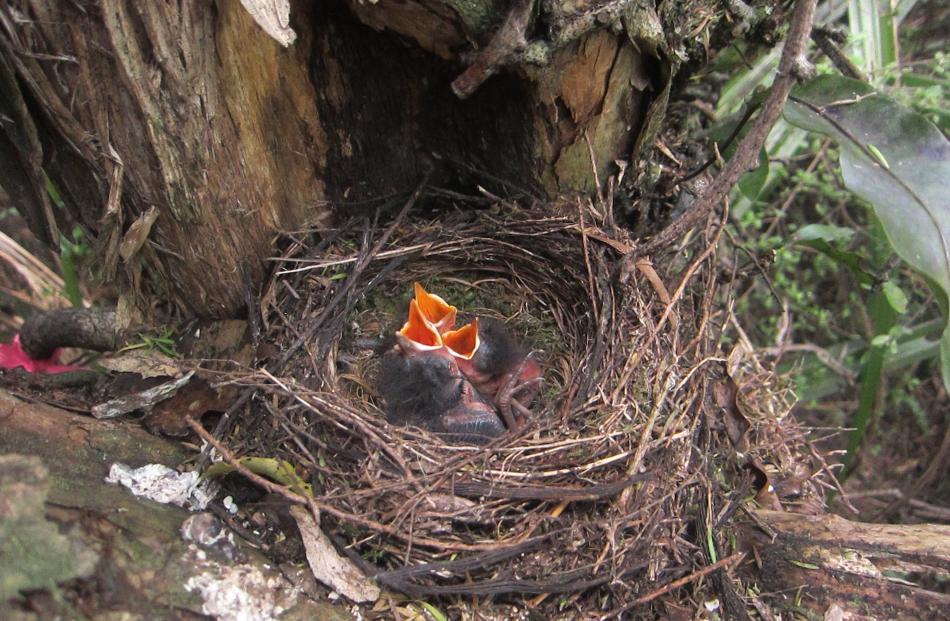 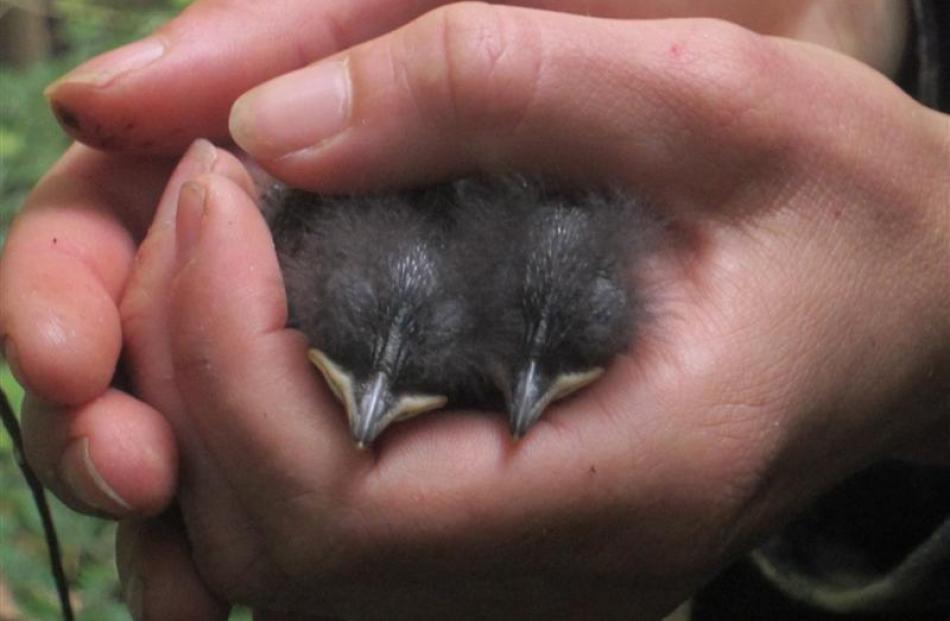 Three hungry chicks in the nest. Photos by Fiona Gordon.

The South Island robin population at Orokonui Ecosanctuary has exploded, going from 17 just three years ago to about 235 today. Fiona Gordon reports.

For many of us, it might feel as if summer has only just arrived. But for the creatures around us the busy summer season is almost at its end. Over the past few months, Orokonui Ecosanctuary has been a hive of activity, with much of the resident wildlife pairing up and breeding.

As a research assistant for Prof Ian Jamieson at the University of Otago's zoology department, my field team has been keeping close tabs on the dating scene among Orokonui's population of South Island robins. This season, our team consisted of four research assistants, two summer interns and a MSc student, dividing our time between the resident robins at Orokonui, and remnant source populations at Silverstream and Silverpeaks, assessing the nesting success at each location.

Orokonui's robin population was translocated from nearby Silverpeaks, Silverstream and Flagstaff in 2010 and 2011. From the initial 17 established individuals, the population has grown exponentially to approximately 235 detected birds at the end of this season, with 43 breeding pairs producing 141 fledglings. That is more than double the number of fledglings produced last year.

The robins at Orokonui got off to an early start this year, with the first eggs being laid on August 10, heralding the beginning of a busy season of monitoring. Our day-to-day tasks involve surveying the sanctuary for robins and locating their territories. If the territory has both a male and female, we then keep tabs on the success of any nests they have and their resulting offspring.

Most adult birds are banded, and we band offspring either in the nest as nestlings, or later as fledglings if their nest was inaccessible. Unbanded fledglings or adults are lured into baited box traps and each bird is given a unique combination of coloured leg bands, allowing us to identify birds individually from a distance.

As with any community there have been heartaches, scandals and triumphs. One young male we monitored left his mate for another female midseason, after their two nests had proved unsuccessful. With the new female he successfully raised two chicks, his former partner remaining alone for the rest of the season.

Another young male was left to raise two small chicks on his own, after his female disappeared having presumably died. The widowed male was unable to get his chicks to fledgling stage, but he might have found love with one of this year's fledglings who is now lurking in his territory.

Most of the birds have tended to pair up with birds of a similar age. However, in one case a 2-year-old male has paired up with a female who is at least four years his senior.

Productivity has varied between pairs, with some struggling to produce a successful chick, while two pairs of superbreeders, who were among the first to lay this season, each had three successful clutches, producing six to seven fledglings each.

We had some odd choices for nest locations this season, with four pairs nesting on the ground or around rocks. Obviously they feel pretty safe and secure living in a great pest-free environment like Orokonui.

Prime real estate among robins seems to be at the northeastern corner of the sanctuary, with the bulk of the population living in this area. This season, however, eight pairs of robins opted for more spacious territories, establishing themselves at the southern end of the sanctuary closer to the visitor centre and main tracks.

In previous years visitors have needed to venture well into the sanctuary to see robins. With most of these pairs having several successful nests this season, we might see some moving into areas around the sanctuary's more popular walking tracks in the season to come.

• Fiona Gordon is a research assistant in the University of Otago zoology department and leads a field team monitoring Orokonui's robin population.

Wild Ways runs on the first Saturday of the month.