Spiriting out the spooks of Dunedin 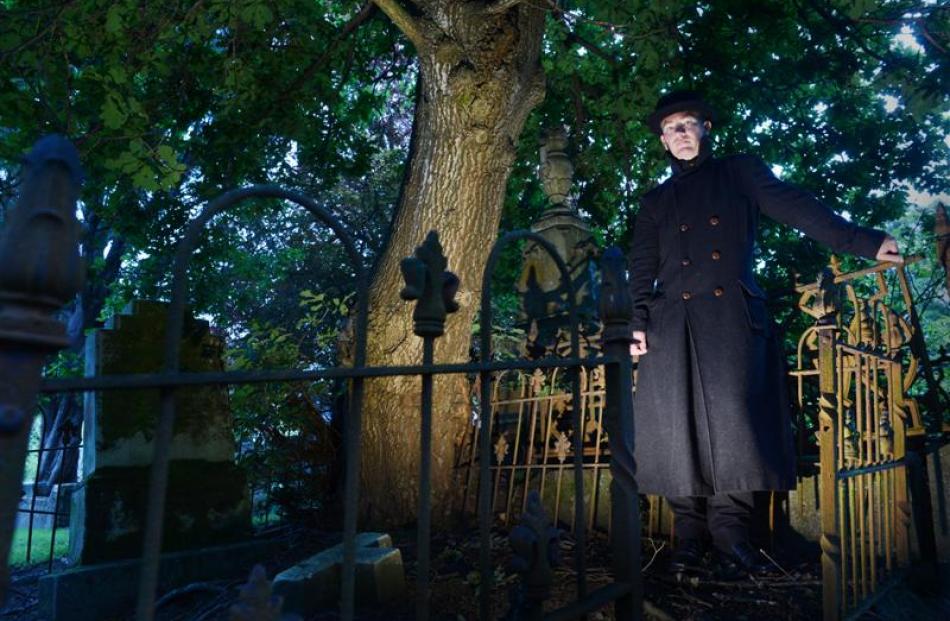 Andrew Smith will give you the jitters with his tales of Dunedin's most haunted sites. 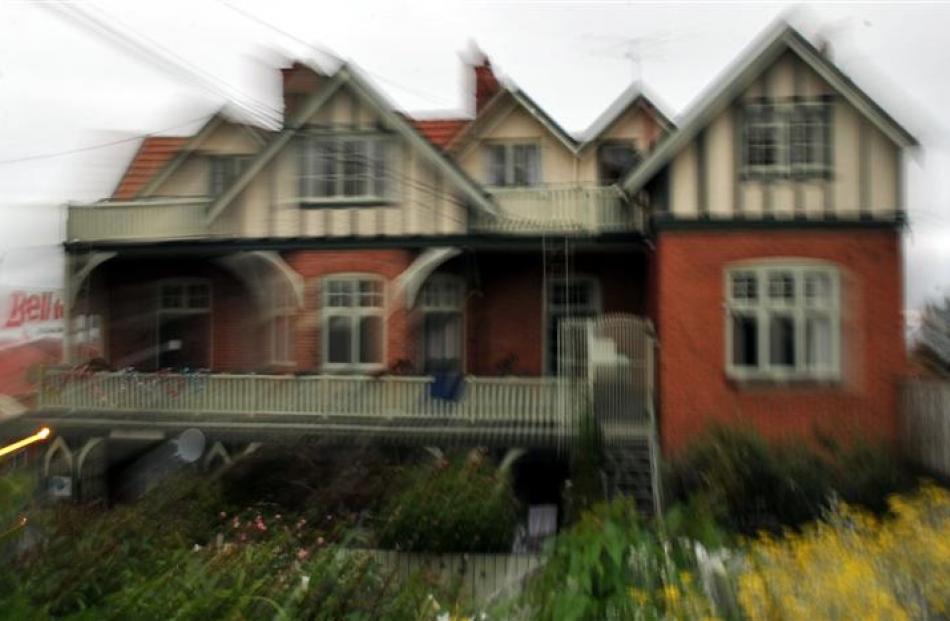 There is more to see in the television room at the Stafford Gables backpackers than just re-runs of The Simpsons. 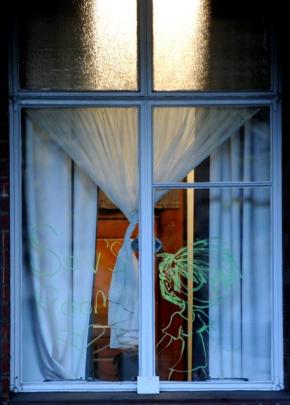 At least one student at Cumberland College hall has a sense of humour after the Grey Lady terrorised students in 2012. 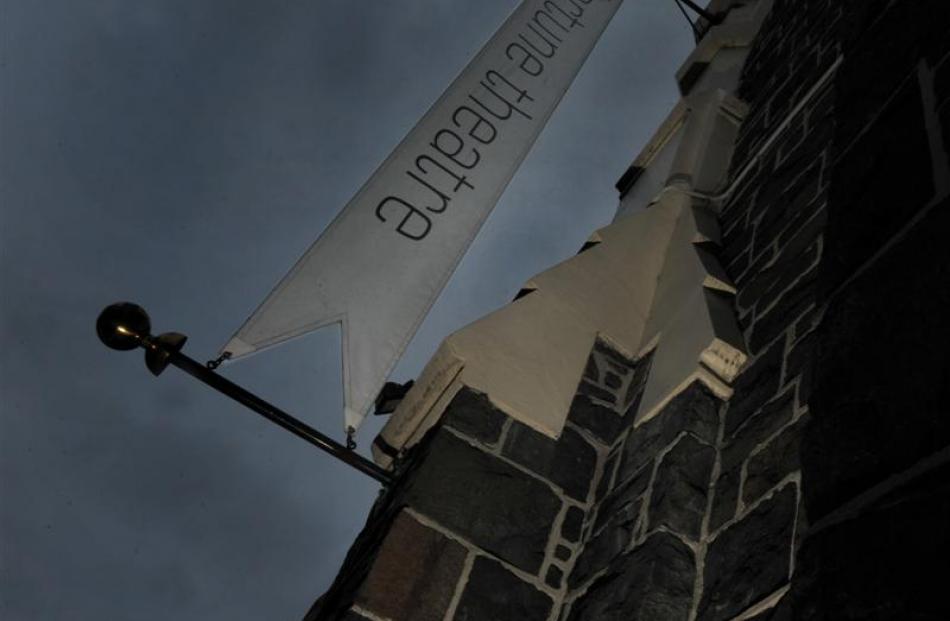 If you go down to the Fortune Theatre today, you may be in for a ghostly surprise. 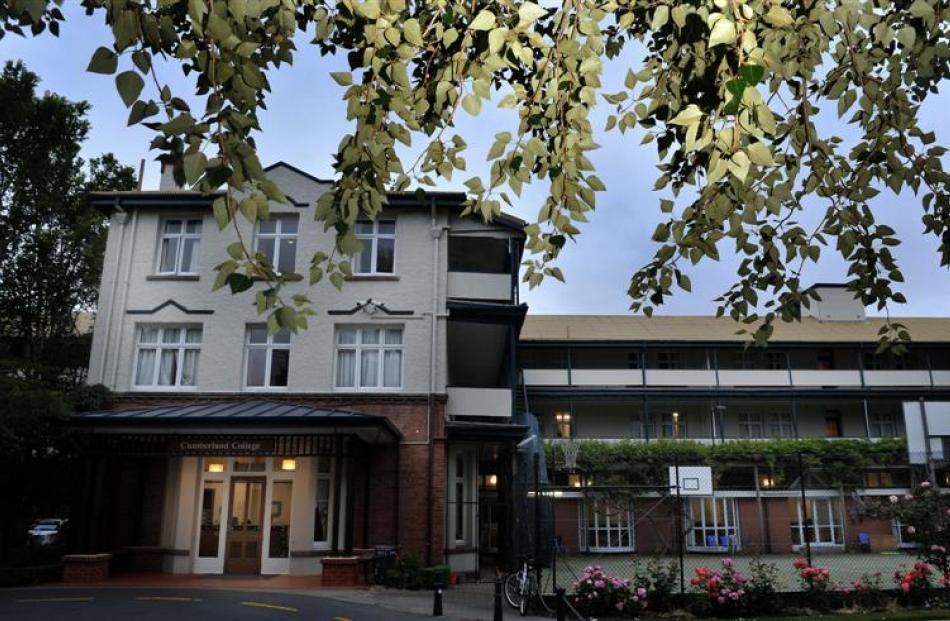 Whether ghosts are fact or fable, you will have to decide. Reporter John Lewis rips the sheets off some of Dunedin's best ghost stories to reveal the history behind the haunts.

Have you ever walked into a room where the lights don't work, felt an icy chill skate up your spine and sensed disembodied voices floating on the air?

But Hair Raiser Ghost Tours guide Andrew Smith says chances are, if you're not in a student flat, you're experiencing paranormal activity - something he has spent the past couple of decades studying in and around some of Dunedin's most notorious buildings.

Dunedin is a fairly young city by global standards, but it seems 165 years is plenty of time to cultivate a large selection of spooky ghost stories from some of its more unfortunate moments in history.

A hairdresser by trade, Mr Smith started Hair Raiser Ghost Tours in 1999 as an aside to his Moray Pl hairdressing business - not because he had an interest in ghostly apparitions, but because he was fascinated by ''local history with a darker side''.

The 41-year-old has spent many hours researching the history of prominent Dunedin buildings, purely out of personal interest, and found the people he spoke to with connections to a building would often tell him about something they had seen that scared the living cynic out of them.

''I started doing ghost tours because Dunedin's ghost stories were so good.''

Every week, he takes tours (after dark, of course) to forgotten and hidden places around the city.

''Buildings take on a different atmosphere after dark,'' he says.

''The places we go are not usually the places people would walk on their own.''

Mr Smith says that he attempts to let those on his ghost tours make their own assumptions about the ghoulish tales.

He injects a dose of reality by saying it could have been the spirit of a long-dead resident, or more logically it was just a breeze slamming the door shut and throwing the vase of flowers across the room.

That's why he is quick to add some sort of rationale behind his own ghost sighting.

''I think I've seen something up at the Northern Cemetery.

''I was doing a ghost tour when we saw a figure come towards us. One of the tourists said, 'Hey, that's my aunt', and we all bolted when he continued, 'She's dead just now'.

''We didn't stick around to find out if it was just some guy walking his dog in the cemetery.

Mr Smith says the most common claim people make about paranormal experiences is that they have smelt a beautiful scent, ''like Granny's perfume''.

Other people claim to feel paralysed or held down, or cold chills.

''Surprisingly, a lot of people say they see ghosts during the day - but is it just a case of mistaken identity of someone they've seen walking up the street in a group of people?''

Seacliff is believed to be haunted by former patients of what was the grandest mental institution and largest building in New Zealand.

''There's a strange vibe there, whether by day or night. It's been the perfect setting for zombie films in more recent times.

''And it's closed to the general public which only adds to the mystery.''

Cumberland College is the home of a recent sighting of a ghost known as the Grey Lady, which terrified residents at the hall of residence in 2012.

Staff had to call in the University of Otago chaplain to calm the students, many of whom slept with their lights on and shared rooms with other students in the aftermath of the sighting.

The ghost is linked to the nearby Queen Mary maternity hospital, where a nurse took a woman's baby for being an unfit mother.

The woman haunted the nurse who stayed at Cumberland College when it was the nurses' home.

''No-one is exactly sure why she decided to make her presence felt last year, after years of being supposedly banished from the hall of residence,'' Mr Smith says.

''A national media frenzy followed after the college denied that there was in fact `a situation'.''

Larnach Castle - every castle needs a ghost and as New Zealand only has one, there is plenty to choose from here.

Mr Smith says it's a favourite location for ghost hunters and television crews because it has a tragic family history with all the ingredients for ''the perfect ghost storm''.

Then there is the Fortune Theatre.

Not long after the theatre moved into the old church, tales spread of sinister voices being heard offstage, well-secured lights falling from the lighting grid, a phantom audience member mingling with the crowd, and even an actor reporting they shared the stage with an uninvited guest.

It's believed to be haunted by angry parishioners from the former church.

Probably one of the spookiest spots in Dunedin is Stafford Gables. Mr Smith says it's a backpackers with a real twist.

The former hospital is believed to be the home of a few wayward spirits because a number of patients died there in suspicious circumstances.

''The television room in this establishment is located in the former morgue, which says it all, really.''

It's fair to say, ghosts get a fairly bad rap from those they come into contact with.

But Mr Smith says they're not all territorial, temperamental has-beens who get their kicks out of traumatising people.

There are some apparitions which appear to have a sense of humour.

When a ghost started harassing staff at a pharmacy in the north end of Dunedin, they knew instantly that it was their former boss who had died the previous year.

How did they know?

Because their boss had a habit of pinching the bottoms of female staff while passing, and it hadn't stopped even after his death!

''They would be serving someone at the counter, and all of a sudden, hello someone's pinching their butt.''

A well-known department store in Dunedin also experienced ghostly activity of the comical kind, after the premises were upgraded in 2005.

Elevators and escalators started operating on their own, triggering alarms in the store during the night.

In the women's wear section, staff claimed that the racks of clothing would start swaying for no apparent reason.

Despite priests being brought in to ''cleanse'' the building, the activity is reputed to continue to this day.

Many may not know it, but Dunedin's Municipal Chambers building occupies the site of the city's first hospital (1851-66), and is said to be haunted by a friendly spirit.

Like the ghost of Cumberland College, she is also described as the Grey Lady - a nurse who cared for the sick and the dying in the old hospital, and she is quite often accompanied by a beautiful perfume smell.

But the area today is haunted by a new, more prominent, spirit - a restless poltergeist that bangs and crashes its way through the corridors of this historic building.

If you're eating your cereal while reading this, it may be best not to read any further. Some of the things you're about to read could be deemed a serious choking hazard.

When it comes to bizarre ghost stories, Dunedin (and in fact, New Zealand) is completely out-classed.

The Japanese have some doozies.

The story of the Shirime centres around a samurai warrior walking down a road towards Kyoto after dark, when he is confronted by a naked man looking somewhat menacing.

Before the samurai can draw his sword, the naked man turns around, bends over and reveals a large glittering eyeball peering out of his buttocks. (Don't say I didn't warn you . . .)

This tale was so liked by the Japanese haiku poet and artist Yosa Buson that he included the creature in many of his Edo period yokai paintings.

Equally disturbing is the Toyol from Southeast Asia.

Depending on the storyteller, the Toyol is a foetus, or more commonly, a newborn baby which has been possessed by a person practicing pesugihan tuyul black magic.

A person who owns a toyol uses it mainly to steal things from other people, or to do mischief.

And according to superstition, if money or jewellery keeps disappearing mysteriously from your house, a toyol might be responsible.

To ward off a toyol, many in Southeast Asia keep their valuables near needles or mirrors - how that helps, who knows?

If you have naughty children who refuse to behave, you can send them to the naughty corner, or you can tell them the story of the Hantu Tetek from Malaysia.

The spook is said to be a hideously obese old hag, with colossal breasts on her back.

She is essentially the Malaysian equivalent of the bogeyman, and her story is designed to keep children from straying too far away or stay out too late.

If they do, the Hantu Tetek will smother them to death with her monumentally big breasts.

Enough said. On second thoughts, probably best not to permanently scar your children with this means of parental control.

Whether you believe in ghosts or not, one thing is for certain - stories of the dead have their place in life.

They deal with past and present issues and even have social and moral messages.

If they didn't have value, people wouldn't keep telling them.

• For more tales of Dunedin's ghostly history, Mr Smith has a book due out in 2014 titled Dunedin is a Ghost Town - Confessions of New Zealand's Pioneer Ghost Guide.