Today, in collaboration with Heritage New Zealand researchers Heather Bauchop and Susan Irvine, we take a stroll down York Pl, which features not one but two large homes once owned by members of the Speight family. 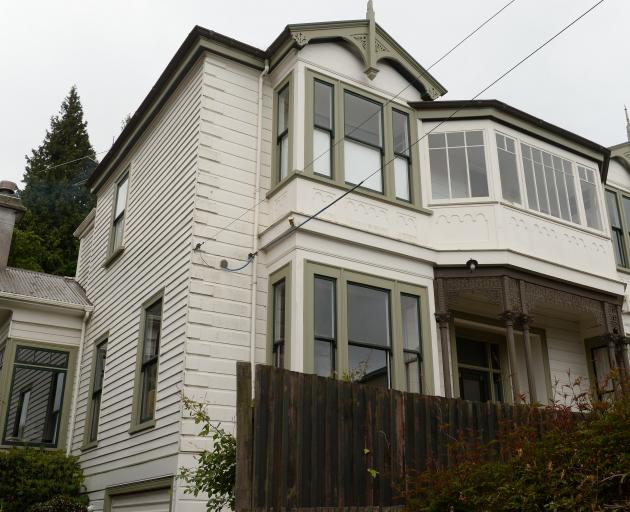 Coppersmith Alexander Burt, of A and T Burt, married Janet Crawford in 1866 (they had a family of six sons and three daughters) and the couple were living in York Pl by July 1868 when Janet gave birth to a son at the house.

Burt (1840-1920) was born in Camelon, Stirlingshire, Scotland, emigrating to Australia with his mother, brother Thomas and younger sister in 1859. In 1862 the brothers opened for business as plumbers and gasfitters in the Octagon.

After following the glint of gold for a few weeks they returned to their shop and prospered, winning the contract to provide gas lighting for the 1865 New Zealand Exhibition in Dunedin.

They expanded their business to include a retail store, foundry and engineering works at new premises on the corner of Cumberland and Stuart Sts in 1874. In 1897, the firm A & T Burt was registered as a limited liability company - and in 1912 the company employed 820 people.

After Alexander Burt's death in 1920 Larbert Villa was put on the market.

The advertisement suggested it might make ''an ideal nursing home, being quiet, private, and sheltered, and with beautiful surroundings''. The property was converted to flats in 1941, and roughcast in 1972. 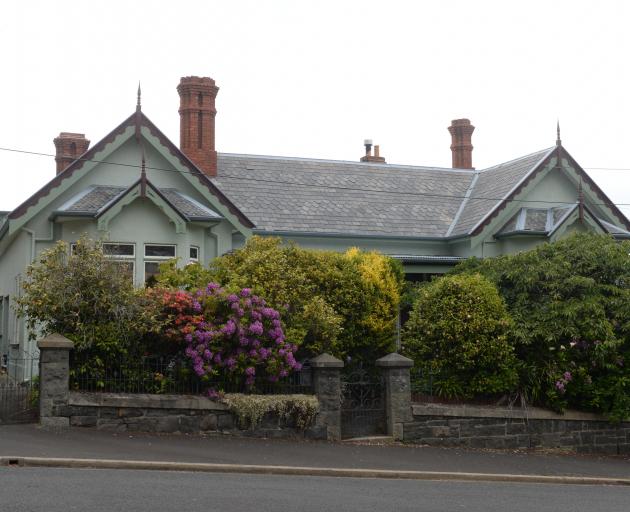 Built for Jessie and Charles Speight after their marriage in 1898, the residence at 362 York Place (designed by John Louis Salmond) appears in the Dunedin City Council rates records in the 1899-1900 year, although that database doesn't indicate who designed the house.

Speight appears on York Pl in the 1900 Wises Directory, so was living there in 1899.

Dunedin-born, Charles Speight (1865-1928) was a son of James Speight who, with partners William Dawson and Charles Greenslade, founded brewery James Speight and Company.

When James Speight died in 1887, Mary inherited his third of the brewery partnership; on her death in 1897, Charles inherited her interest in the firm and his position as board member and works manager gave him effective control of the brewery.

He had many other commercial interests, and was a founding director of the Waipori Falls Electric Power Company.

Charles and Jessie (in whose name the property was held) sold the home to James and Katherina Grave in 1912, the Speight couple shifting to their new residence, ''Haeata'' (see next entry this page), further down York Pl. 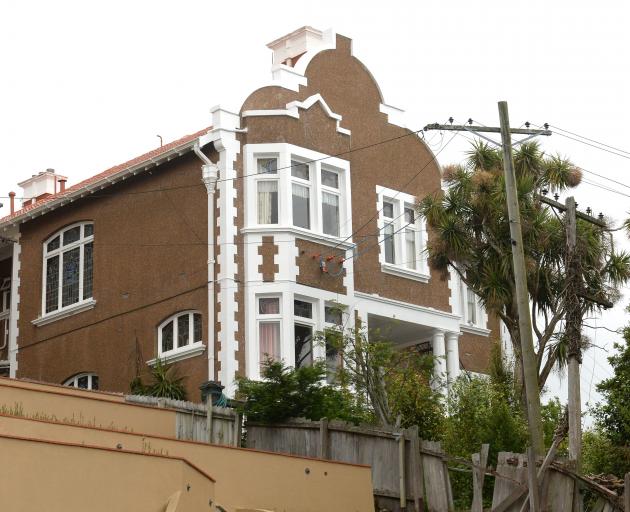 At 273 York Pl, Haeata was the residence of Charles and Jessie Speight from the time it was built in 1915 and remained in the Speight family until 1960.

Bearing a strong resemblance to the Theomin family's Olveston (built in 1907, designed by English architect Sir Ernest George), Haeata was designed by architect John Brown (1875-1923), who lived next door.

Brown, born in Kilmarnock, Scotland, and apprenticed as an architect, arrived in Dunedin around 1908. He entered Mason and Wales office as chief draughtsman in 1908 before setting up on his own account in 1914.

His obituary records that in the eight years he practised on his own, he designed and supervised the building of many fine residences about Dunedin. He designed the memorial arch at Kaikorai School (since demolished), and the Presbyterian church in Tarras.

Like Olveston, the house has Dutch gables and is finished in pebble dash and contrasting brickwork. The ground floor had a morning room, dining room, drawing room, den and generous entrance hall, as well as service areas including a kitchen, scullery and store.

The first floor had a wide entrance hall at the top of the grand stair, five bedrooms and main bathroom, two maid's bedrooms and a servant's stair and bathroom and a sewing room. Balconies provided outside spaces to admire the expansive views.

In the late 1950s, Haeata was acquired by the Crown and a Kindergarten Training College opened on February 13, 1961. It remained a valuable centre for early childhood teaching until it was sold in 1989, when it returned to private ownership. 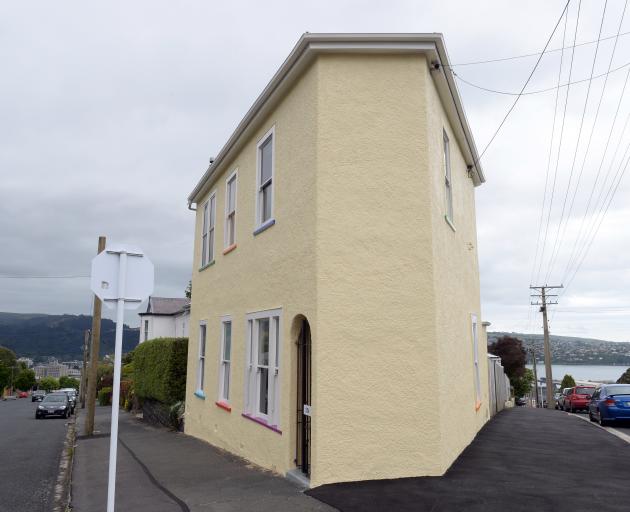 Known more than a century ago as Mrs Turnbull's Grocery Store, this unusual wedge-shaped building at 324 York Pl, began life as a home, stables and shop built for John and Janet Turnbull in 1875.

John was born in Scotland in 1841 and emigrated to Dunedin in the early 1860s. In 1866 he married Janet Park (1836-1922). The couple did not appear to have any children. In January 1875 John purchased section 44 on the corner of York Pl and Duncan St. That same month ''E.J. Saunders, architect and surveyor'' [sic] invited tenders for a two-storey dwelling and shop to be constructed of wood for John Turnbull.

The work of this very early architect is little known - perhaps partly because he appeared equally as E.J. Saunders or as E.J. Sanders. Given the slight predominance of Sanders in the written record, it is probably the correct version.

Sanders was extremely active, particularly in the early to mid-1870s. He appeared to specialise in commercial buildings, particularly shops. Other designs included the Shamrock Hotel, the Malt house at the Leith River, the Steam Sawing and Planing Mills, the Port Chalmers Hotel and the Friendly Societies Hall in Princes St, known as the Queen's Theatre.

The wooden grocery shop and home in upper York Pl was built quickly. By February 1875 Turnbull was advertising himself as a grocer in Upper York Pl. And yet, perhaps the business was not run by John but by his wife, Janet. In July 1875, the Turnbulls advertised for an ''active girl''. Interested parties were to apply to ''Mrs Turnbull's Grocery Store''. Dunedin City Council valuation records for 1875 show not only a house and shop on site but a stable as well.

Over the next 10 years the Turnbulls' grocery serviced the local community. However, by 1885 they had closed their business. The 1885-1886 Wise's New Zealand Post Office Directory records John as an express proprietor (akin to a modern-day courier but on horseback).

The house passed through various private hands from 1922 and at some point the wooden weatherboards were plastered over. Today a modern corrugated iron extension has been added but the unusually shaped building on the corner looks as loved as ever.

Be great to see the cottages in City Rise too- like those at the end of Arthur St south.