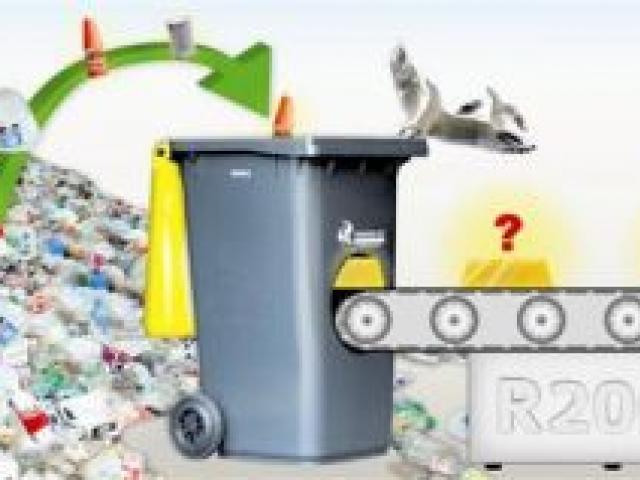 Graphic by Carmen Norgate
Dunedin's streets will be transformed from next week - at least on collection day.

The bright yellow lids of the new recycling wheelie bins will demand attention. But it's what is inside that's important here.

Because much of what is inside will be going through a fundamental transformation. Last week's rubbish will be next week's resource, something to be recovered and reused, rather than buried in a hole. 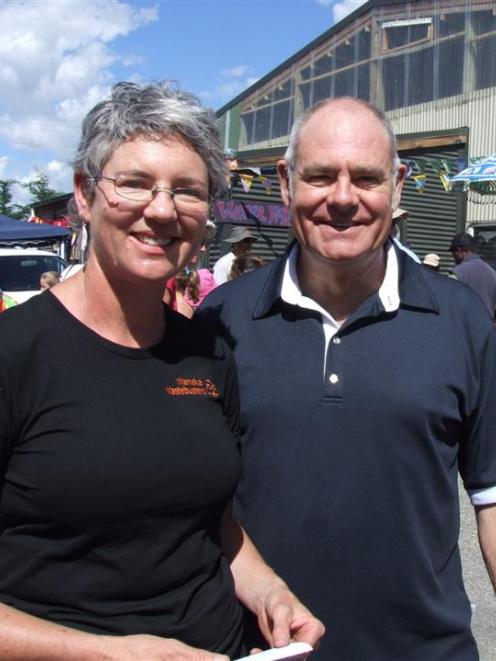 Wanaka Wastebusters general manager Sue Coutts and board chairman Ross McRobie after an announcement the pioneering recycling outfit was granted $80,000 from the Ministry of Environment to take its regional strategies to a national platform. Photo by...
It must be a good thing, but it is getting only a qualified tick from some.

Dunedin city councillor Jinty MacTavish believes we can do better.

"There is a lot of new thinking in the waste area which I would love to bring to council. I'm really aware that we have, as a council prior to the [2010] election, signed a kerbside collection contract that effectively snaffles up our resource stream until 2018.

"Some would look at that as a lost opportunity. I think it gives us a seven-year window to really plan ahead and ask what is it that we want to do with this resource that is entering our community," Ms MacTavish says.

"What sort of resources do we want to stop entering our community because they do our environment harm? And how do we go about creating a seven-year roadmap that puts us in a place where we are using that waste as a real resource to build our community's health - economically, socially and environmentally." 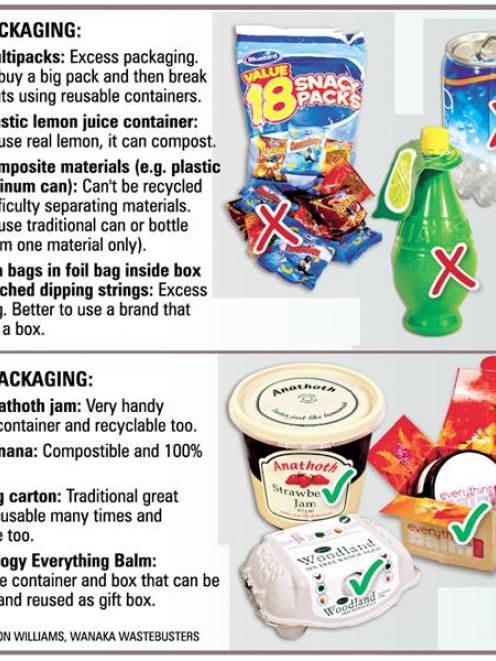 She points to the example of Xtreme Waste in Raglan, in the Waikato, a small, semirural community-owned enterprise that diverts up to 75% of the area's landfill waste.

"These guys bought the local dump in Raglan and have built it up to be a million-dollar turnover.

"One thing they found was that though they did really well selling recyclables overseas, when the bottom fell out of that market they had stockpiles of glass, plastic or whatever that they couldn't sell," she says in reference to a 2008 slump which also affected Dunedin recycling efforts - just 62% of the 7953 tonnes of recyclable material collected that year was sold, reflecting the global credit crunch, which caused international markets for material (particularly plastics and glass) to dry up and recyclable materials to be stockpiled.

Closer to home, Wanaka Wastebusters puts all of its profits back into local initiatives.

Founded on September 1, 2000, Wanaka Wastebusters set itself a goal to recover 70% of resources from the waste-stream by 2014.

With more than 30 staff and a million-dollar plus payroll, it has since grown to become one of the town's largest employers and is contracted to deliver a range of services on behalf of the Queenstown Lakes District Council. These include kerbside and street bin collection, education about zero-waste strategies, the Enviro Schools programme, and the national e-day collection.

Sue Coutts, general manager of Wanaka Wastebusters, says the economics of recycling is no simple calculation. The net economic costs or benefits of recycling fluctuates, depending on energy costs, the types of materials being collected and the demand for those products.

"You can make quite a big impact on the net return by choosing your system well. Systems that sort materials earlier in the process generally have a lower net cost. The quality of the material is better going into the next phase. Basically, the better the quality of material you have to be on-sold, the lower the net cost of your system."

Asked whether ratepayers and councils alike need to take a wider view on recycling efforts, one that takes into account the cost benefits in reusing materials, Ms Coutts says most people "want to do the right thing".

"They want to see energy and materials being recovered from what they buy. People don't want to be complicit in a system they see as wasteful and destructive.

"I think people's expectations have changed. You could see a parallel in sewage systems: people used to think it was OK to pump raw sewage into the sea or a river but we've changed our views on what we think is appropriate."

Ms Coutts likes the idea of product stewardship, whereby everybody involved in the "life cycle" of a product takes a share of responsibility for where it ends up.

"A packaging designer who doesn't think about the combination of materials they are putting together might contaminate that entire stream from production to recovery," she says, raising the example of a fizzy drink container made of both plastic and aluminium.

"It becomes a really cumbersome process to separate them. Someone thought they had a cool idea, but it's just an advertising gimmick. They haven't thought about the implications of it.

"It's about having a deeper understanding of what the next player in the line needs. At the moment you can have a collector gathering materials in a way that degrades them; the materials they pass on might be in a worse condition than when they received them ... they've lowered the value of the whole chain."

Wanaka Wastebusters is currently running a campaign to educate people on packaging choices. Supported by funding from the Waste Minimisation Fund, its unpackit.org site invites nominations for the best and worst examples of packaging in New Zealand.

Late last year, Wanaka Wastebusters released a report claiming 86% of New Zealanders are concerned by the amount of packaging waste they have to deal with.

Based on interviews with 1000 people, it found 94% of respondents want packaging they can reuse or recycle and 81% make an effort to recycle packaging.

According to the Packaging Council of New Zealand, Kiwis consume about 735,000 tonnes of packaging every year and recycle about 58% of it.

"That's a good effort, but with 97% of New Zealanders having access to facilities to recycle paper, glass, cans and plastics 1 and 2 and, in some places plastics 1-7, we can, and must, do a lot better," Packaging Council executive director Paul Curtis urges.

In liaising with manufacturers and packaging producers, Mr Curtis hopes to reduce the level of packaging.

"It is of paramount importance to us," he says, before pointing out that about half of the products we buy in New Zealand are imported.

"We obviously have less control over that packaging."

Mr Curtis also refers to what he calls the packaging paradox: if packaging does its job well, it seems like waste. But if the packaging fails, the focus is on the spoilt product.

"If you are looking at a supply chain - and food is a good example, say from farm to fork - often packaging is an integral part of that process.

"If you look into export markets ... obviously, you want to use the minimal amount of material possible, but you don't want to tip the balance so far that when your product arrives on the other side of the world the food is no longer fit for consumption. That is one of the biggest challenges for a nation that exports fresh food that has to last six to eight weeks and goes through various humidity and temperature changes.

"The packaging is pretty much the only thing keeping that product safe through the supply chain."

And as for those pieces of meat sitting on a polystyrene tray and wrapped in plastic film at the supermarket?

"That is often what is called a 'modified atmosphere pack'. It prolongs the shelf life of the meat; that wrapping may be several layers of plastic, each one having a different job."