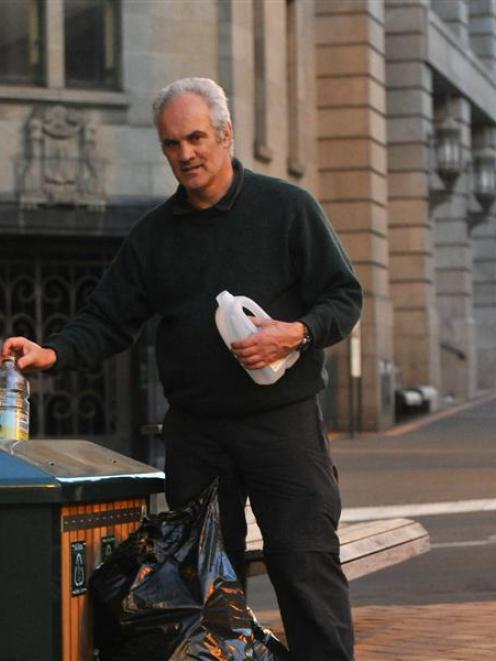 University of Otago researcher Angus Mackay is among a growing number of people opting for apartment life in Dunedin's inner-city warehouse precinct.

However, without an inner-city recycling service, he has had to resort to stuffing plastics and tins into small public recycling bins along Princes St and at Queens Gardens.

Bags of used newspapers went to friends in the suburbs for recycling through their wheelie bins.

Mr Mackay said the situation was ''not very satisfactory'' for those living in the precinct. While accepting wheelie bins could be targeted by ''hoons'', he wanted the council to invest in communal drop-off points.

''A lot of it is potentially recyclable material and it's just going out in the rubbish.''

A survey of residents showed there was demand, but the location and cost was to be confirmed.

Any trial was likely to be next year, but if successful it could lead to the service being made available across the Dunedin CBD and South Dunedin commercial zone, she said.

''There's certainly some challenges we've got for residents in central areas ... it's just finding what way we might be able to get around all that and give them a much better level of service.''

The council's draft waste management minimisation strategy included a proposal to extend recycling to inner-city areas, and would be the subject of a public hearing beginning next week, she said.