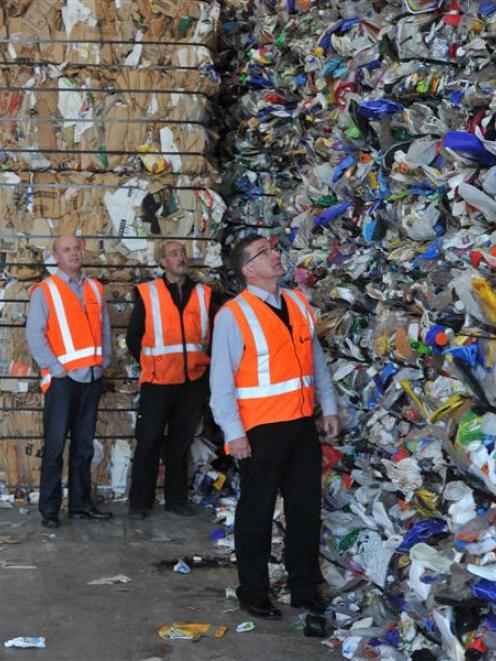 Dunedin City Council solid waste manager Ian Featherston yesterday confirmed the council had been stockpiling most types of recyclable plastics at its Green Island plant for the past three months.

The decision to stockpile came after Chinese authorities began rejecting imports of some recyclable plastics earlier this year, he said.

That followed inspections which discovered some shipments to China from the United States were mixed with glass, rubbish and other contaminants, he said.

Mr Featherston said he did not believe shipments from Dunedin or elsewhere in New Zealand were part of the problem, as they were hand-sorted.

Instead, they had been affected by problems in the United States, where automated processes appeared to have allowed other materials to mix with recyclable plastics before shipment, he said.

Dunedin's recyclables were collected by EnviroWaste and sorted by Fullcircle Recycling, which on-sold the plastics to brokers in Australia.

The brokers, in turn, shipped the material to buyers in China, who used the plastics as raw materials, he said.

However, the Chinese crackdown meant brokers were unwilling to risk paying for shipments to China, ''just to sit on the wharf and possibly be rejected'', he said.

''It's just not worth the risk sending it.''

In Dunedin, plastics 1 and 2 were still being bought and sold, while plastics 3-7 were being stockpiled, he said.

The rebates were paid to the council each time the shipments of plastic were on-sold, he said.

Asked how long the situation would continue, he said: ''We're hoping not too much longer.''

''At the end of the day, China does actually need some of these materials as raw materials.

''I think it's a bit of a wake-up call for the industry to get the quality right.''