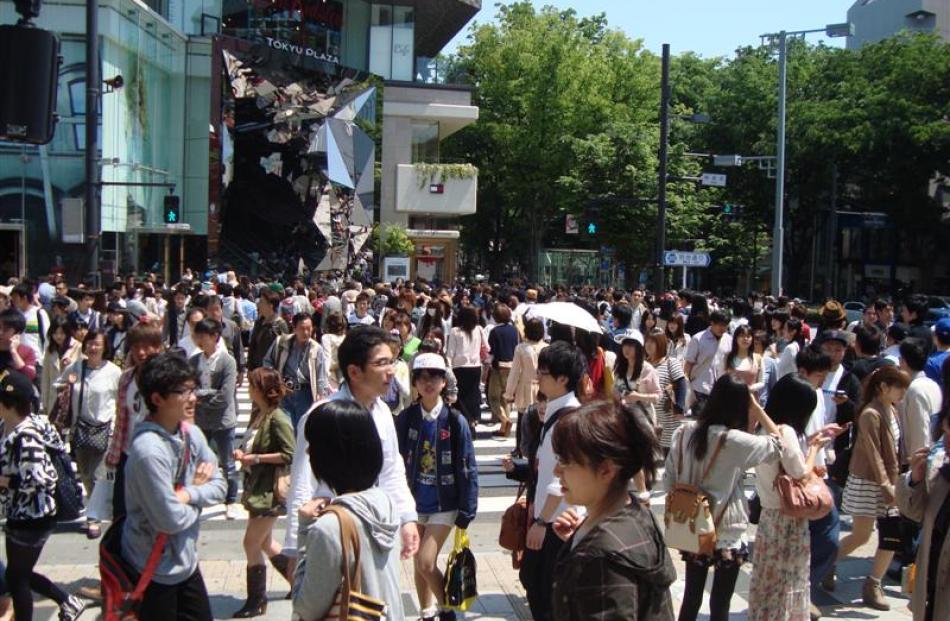 People-watching from a Tokyo street corner is a fun way to fill in time. Photos by Robin Charteris. 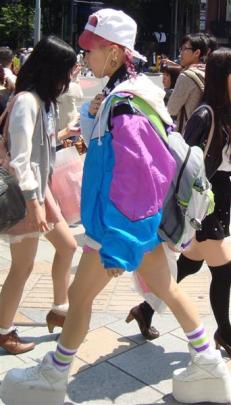 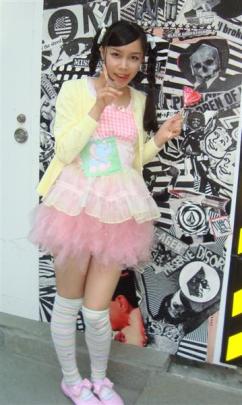 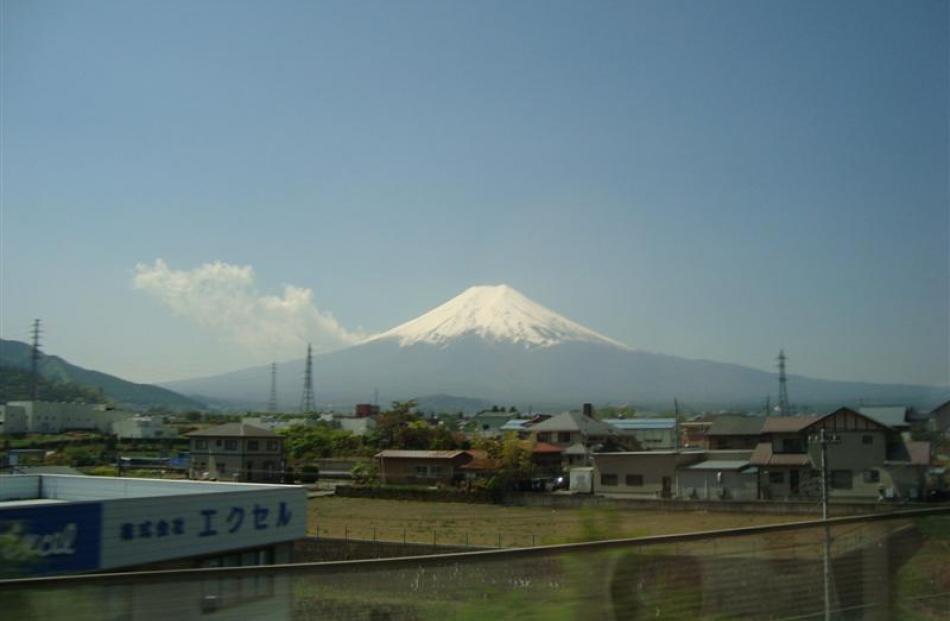 Mt Fuji is as symmetrical and beautiful as it is in posters.

Travel is an expensive (not to mention addictive) hobby, so finding real bargains can be a goldmine.

When Judi and I came across Air New Zealand's Tuesday online reverse auctions recently we knew we were on to a good thing. Here are flight tickets to New Zealand, Australian, Pacific and North American destinations at prices down to a third of face value.

You can travel, for example, as we did earlier this month, from Auckland to Tokyo return, business class, for about the same price as normal economy class tickets. Similarly cheap tickets are up for grabs on flights around New Zealand.

It's Champagne, you might say, on a beer budget.

Of course, there's the fine print.

Such bargains don't suit all. For a start, as with Grabaseat, tickets are for nominated flights just two to three weeks ahead. There's no choice of dates or times. Internal flights are generally over a weekend, international return flights usually just seven to 10 days apart, sometimes longer for North American destinations.

Most individual auctions - there are 72 each Tuesday - offer two return seats; sometimes, though, just one seat or just one way. The majority are internal New Zealand flights. International tickets are mainly economy class, but there's a smattering of premium economy and business class. And most overseas flights - but not all - start and finish in Auckland.

Because of their nominated, short-notice dates these tickets don't easily suit travellers tied to work or family commitments, business travellers or those with longer-term plans. But they're ideal for retirees like us who have long enjoyed international travel and whose pockets are now harder to replenish. They're great for spur-of-the-moment adventures, and for grandparents eager to catch up with family elsewhere.

Here's how the system works.

On the home page of Air New Zealand's Grabaseat online site (www.grabaseat.co.nz) is a link labelled ''Reverse auctions''. Auctions are live every Tuesday, from 9am until 9pm, one running every 10 minutes.

The list and timetable of ticket opportunities for each Tuesday is posted early that morning.

All viewers can watch the progress of each auction throughout the day. Intending bidders register with their credit card details and can then bid on any auction.

The retail price of each offering is displayed at the start, then a large clock counts down over several minutes, with the price dropping dollar by dollar.

At any point, a registered bidder can bid by clicking his computer mouse and stopping the auction, thus winning the tickets. First in wins. If no bids are made, the auction closes and the tickets are passed in.

I was pleased to find after making my bid in April on the Tokyo tickets - just a nerve-racking second or two before the clock hit zero - the system then asked me if I wanted to confirm my bid, thus giving me an out had I clicked my mouse in error. When I confirmed, the tickets were mine and I could begin the process of booking add-on flights between Dunedin and Auckland and accommodation in Tokyo.

It was exhilarating: everyone loves a bargain, as they say.

Specifically, I paid $4450 for our two business class tickets. Air New Zealand listed the retail price at $13,212. Airpoints members Judi and I both received Airpoints Dollars at the full business class rate, and were treated the same as any other business class passengers throughout the process and the flights.

Today's a Tuesday - check it out online.

• Disclaimer: No contact was made between the writer and Air New Zealand over the writing of this article.