It’s the terrain, the seascape and the topography that set Kaikōura apart, towering mountains rearing up imperiously from the rock-strewn coastline, Mike Yardley writes.

Few places in the world have such mighty mountains so close to the sea. And what really underscores the extreme drama that nature has wrought, is the fact that just offshore the Kaikōura Canyon plunges to a depth of 1200m.

It’s those deep sea trenches of the Continental Shelf that give rise to the world-beating marine wildlife experiences you can encounter.

The Kaikōura Peninsula Walkway is the perfect introductory to soak up the sensory embrace, from the splendour of the ocean and marine wildlife to the sizzling views of the surrounding landscape, as the land collides with the sea.

Striking out on this three-hour loop circuit wrapping around the peninsula, I learnt that this was originally an island, before being connected to the mainland by all of the eroded debris from the mountains. History-hounds will be in their element. Māori mythology considers the peninsula as the seat of Maui’s canoe. Legend has it that Maui used the peninsula as a foothold to steady himself when he fished the North Island out of the sea.

There’s a series of carved pillars and interpretation panels studded throughout the walk showcasing the cultural heritage, including Maui’s almighty fishing expedition. Alongside the scenic richness of the walk, you’ll get a great geological lesson about all that uplift, with so many dramatic rock formations. There are big rocky headlands, tortured-looking limestone reefs, boulder reefs and tidal platforms that the sea has gouged out of the uplifted sandstone.

Albatross. Photo: Destination Kaikōura
Nature’s immense power is on graphic display, which of course has been added to in recent years by the seabed being lifted several metres in the 2016 quake, giving rise to even more rocky outcrops.

You’ll also see the landmark called the Sugarloaf, which is also known as Bird City, because it’s the largest red-billed gull colony in the South Island. Chances are, it’s from where those voracious gulls herald which try to mug you for your fish and chips on the beach in Kaikoura.

Heroic endeavours continue to support the Hutton’s shearwater. Kaikoura is the only place these endangered seabirds breed on Earth, before wintering over in Australian waters, without ever making landfall there. They breed high up in the Seaward Kaikoura Range at two locations, including one at Puhi Peaks Station.

Fifteen years ago, an additional colony was developed on Kaikōura Peninsula to give nature a helping hand, chicks being transferred from mountain burrows to the artificial burrows here. Fast forward to today and chicks raised there are now returning to the new colony to produce their own offspring, safeguarded with a predator-proof fence.

Not far from South Bay, you can see the colony and often glimpse a raft of birds flying in formation low to or from the sea for a feed. 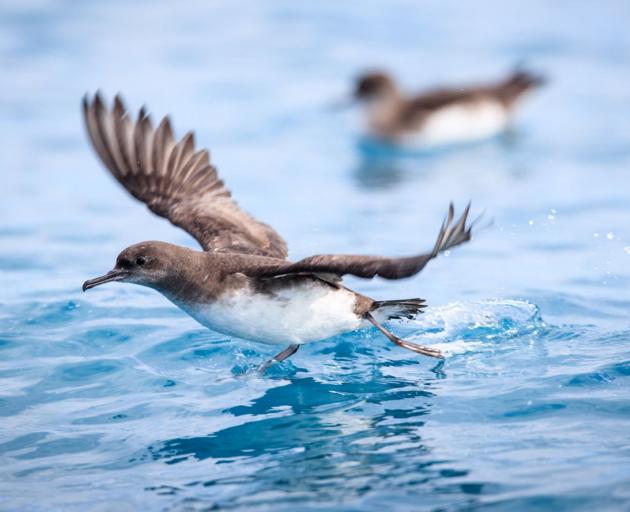 Hutton's shearwater. Photo: Destination Kaikōura
Another epic wildlife highlight is the Point Kean fur seal colony. Close to the town side of the peninsula, this section of the walk, particularly, has heavier traffic.

From the car park at Point Kean, the fur seals pop up in the most unexpected places. In fact, you may well stumble across a big bull squatting in the bush, which will bark and bellow at you as you walk by. Don’t get too close to these guys — they will bite and are highly infectious.

The females and their pups tend to be a bit further out on the rocky platforms. If the tide is low, you can explore the open tidal platforms on foot, where a variety of wading birds, such as oystercatchers and reef herons, feed on the platforms. Add to that shags galore and, if you’re extra lucky, you may spot some blue penguins bobbing about just offshore. I can personally confirm that you’ll fast become a bird nerd on the peninsula walk.

Seaward Kaikōura Range. Photo: Destination Kaikōura
If ever a landform doubles as a fitting symbol for a region’s greatest treasure, Kaikōura Peninsula would have to take the cake. From the air, it vividly conjures the shape of a whale’s tail.

If you want to get intimate with a splashing whale’s tail, you can take to the water with Whale Watch, which has become one of New Zealand’s well-known tourism operators. Its two-hour cruise delivers an up-close encounter with the world’s largest toothed predator, the giant sperm whale, in its natural environment at all times of the year.

Its cruises enjoy a 95% success rate of whale sightings. And if you don’t see a whale on your tour, you get a guaranteed 80% refund. Sperm whales can be found in the Kaikōura Canyon year round, June and July being the optimum months for multiple sperm whale sightings. 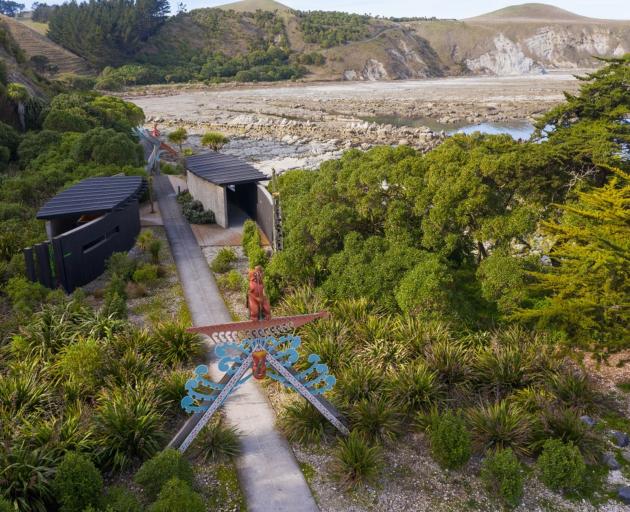 Peninsula walkway. Photo: Destination Kaikōura
How about going airborne? It’s a superb way to savour the majesty of the marine mammals, particularly if you see a loose pod of sperm whales floating in formation. They’re like an armada. From above, you can really appreciate the full size of the whales, from tip to tail.

You will also have an opportunity to see the playful dusky dolphins and other marine life on your flight.

Air Kaikōura is a small friendly aero club. It’s a not-for-profit operation, and was the first to offer whale-watching flights in Kaikōura.

Aside from the sperm whales, about 80% of the world’s whale and dolphin species migrate past the Kaikōura coastline, so there’s a floating pageant of marine life to marvel over. Another headline spectacle is to take a tour with Dolphin Encounter, a well-known tourism operator with more than 30 years’ experience under its belt.

Whether you want to swim with the dolphins or admire their circus-like antics from the boat, there’s no disputing that dusky dolphins are the stars of the show. Kaikōura is also home to about 75% of the world’s pelagic (ocean going) seabird species, which include 12 species of albatross.

This vast menagerie of winged mariners has given rise to Kaikōura’s star billing as the best place on the planet to view seabirds.