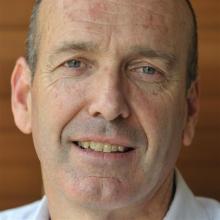 The festival announced yesterday the 10th biennial festival would have SBS Bank as its naming-rights sponsor.

The festival will be held in September and host shows from Dunedin, wider New Zealand, the United States, Austria, Hungary and Australia.

Festival director Nicholas McBryde said it was the first time the festival had a principal sponsor in its 20-year history. It had not in the past because it was difficult to find a sponsor that did not conflict with other supporting businesses.

It would give the festival more financial security, he said.

"We've had good times and bad times. Working in the performing arts, it's always challenging to make ends meet."

It would still require a "huge" range of funding from businesses and supporters, he said.

The bank was New Zealand-owned, which meant it was "for" local businesses, as was the festival, he said.

There would be little change to the way the festival was run.

"I used to get asked a lot in the olden days, `what are you going to do differently?'. Nothing. It's working."

The festival rebounded from a precarious financial position in 2012.

As for other information about the festival, all would be revealed in a month, Mr McBryde said.

"We're pleased to partner with Arts Festival Dunedin to showcase a great arts event in the region."