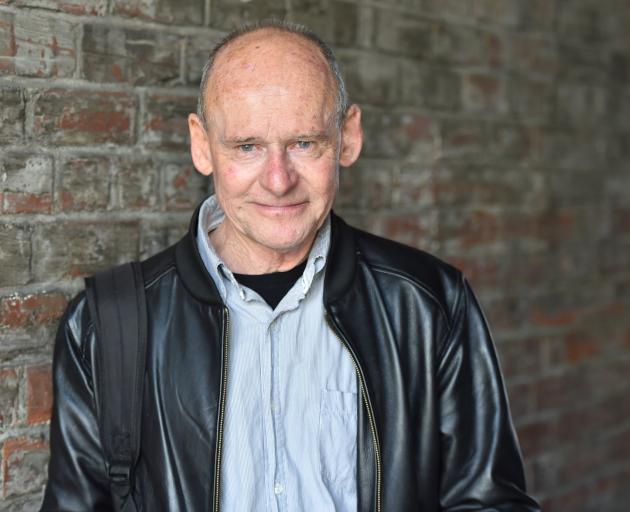 Dunedin artist Simon O’Connor. PHOTO: GREGOR RICHARDSON
What at times was confronting and heart-wrenching work has resulted in a thought-provoking art piece exploring the disconnect between manufacturing and consumerism.

What is Toy Factory Fire about?

It’s about separation and distance. It’s about things that ought to be connected together being fragmented from each other. A large part of the content consists of audio recordings of accounts told to the makers of the show by people who suffered in the Kader factory fire in Thailand, in 1993.

Through a mix of documentary material and imaginative fiction, the piece looks at ideas to do with commercial and consumer responsibility in a globalised market, where investment, manufacture and consumption seem to exist as disconnected bubbles, floating free of ordinary human consequences.

What was your involvement in the creation of the installation?

Firstly, the work is not quite an installation in the usual sense of an art installation. It’s not a piece that people could wander into and out of in their own time, as they might do in a gallery installation. The show has a definite kind of narrative structure and, in that sense at least, it’s more like a theatre work.

Having said that, the show does create its own kind of contemplative space in which an audience might create its own associations between the different elements of the content - the recorded testimony, the soundscape and music, the video imagery and the live spoken word.

My involvement has been as co-creator of the work, as a writer, as an interviewer in Thailand, as collaborator on the development of the sound and video imagery, and as live performer.

How did the work come to be and who else was involved in creating it?

It began over a decade ago as a collaboration between Merfyn Owen, an actor and musician friend of mine in Melbourne, and myself here in Dunedin. It’s starting point was Don McGlashan’ song, Toy Factory Fire, which is about the same incident. Merfyn and I worked via Skype together initially and then through a series of workshops in Melbourne, in Bundanoon in New South Wales, and in Bangkok.

Richard Huber joined us early on as director and Martyn Roberts as designer. Initially the show was conceived as a more-or-less conventional theatre work. Gradually, particularly with the inclusion of the interview material from Thailand, the piece has found its current form, a kind of theatre/installation hybrid, which highlights the stories of our Thai interviewees. Sydney-based actress Hai-Ha Le worked with us a lot in the earlier stages of development.

Composer and visual artist Kerian Varaine has created the music and soundscape for the show and also the very meditative video. Clare Adams is the producer of the show, for Talking House.

How emotional was the process of bringing it together?

The most emotional aspect of the process, in terms of being confronting and heart-wrenching, was interviewing the people whose lives had been directly affected by the tragedy. It was a long time after the event for them and it brought up a lot of sorrow and anger. It made us conscious that, whatever wider themes and ideas might drive the piece, those people’s stories had to be at the core of it.

How important is it that people know of the tragedy of those stories?

It’s essentially an art piece rather than a piece of reportage, so partly we’re exploring how we, as kind of distant witnesses and maybe unconscious beneficiaries, feel about this kind of incident. It’s a horrible irony that, at the time of the fire, Kader was working to capacity to create stuffed toys for the Christmas market in New Zealand, Australia and other markets. It’s important that we make the connections between our own lives and the lives of others, that we pay attention.

What do you hope people take from it?

I’m sure people will have varying responses to the work. Despite the harrowing nature of the material it’s really quite a quiet, contemplative piece in a way. It’s a piece to sit with. I hope people will go away with a sense thoughtfulness.

How do you describe yourself as an artist?

My background is in theatre, as an actor, a theatre maker and a writer. I enjoy collaboration. I like exploring my own experience through what I make and help get made. I like working across disciplines and playing with different media.

• Toy Factory Fire is on at the Dunedin Public Art Gallery, at 3pm, from April 22 to April 25.