By Mike Houlahan
0 Comments
Former Cabinet minister David Clark says his time on the sidelines is over, and his victory in Dunedin on Saturday has him eager to get back to work.

Dr Clark recorded a comfortable win in the newly named Dunedin seat, his 13,321 majority being the seventh highest in the 72 electorate seats.

The former Health Minister resigned his Cabinet post earlier this year, a consequence of his failure to adhere to Covid-19 lockdown regulations.

Labour’s caucus decides which MPs are in contention to become Cabinet ministers, and yesterday Dr Clark said if his colleagues had confidence in him he was keen to serve.

"That is entirely a decision for the caucus and we’ll wait and see how that turns out, but absolutely I want to play a constructive role.

"If I’m asked to fill different roles, no matter what that is, I look forward to serving the country."

Dr Clark was thrilled with his result in Dunedin, having had a few initial nerves that his transgressions might see him punished at the ballot box.

Labour’s David Clark is thrilled at the generosity of Dunedin people in overwhelmingly returning him as their MP despite his previous transgressions. PHOTOS: STEPHEN JAQUIERY.
"That is the generosity of the people of Dunedin, and my job is to repay that generosity ... I want to continue to be a strong voice in Wellington for Dunedin and repay the trust that the people have put in me."

A Labour victory would result in continued strong support for the new Dunedin Hospital project, the return of manufacturing to the Hillside KiwiRail workshop and the expansion of the city’s tech sector, Dr Clark said.

"We will also be closely watching the purpose-built trade training facility at the polytechnic, which is going to be significant for the city strategically, both in terms of employing people in the lead-in to the above ground construction of the new hospital and in terms of training apprentices and others for the other stages of that build."

The other big winner in Dunedin last night was the Green Party.

Although Green candidate Jack Brazil was too far down his party’s list to make it to Parliament, the party’s second place finish in party votes with 7001 — leapfrogging National — was historic.

The former Dunedin North seat was always a strong source of Green votes due to one-time co-leader Metiria Turei living in the city, and Mr Brazil was thrilled the party remained strong in the electorate.

"The Greens are a long-term movement, and I think that was what pulled us through ... in Dunedin we have Green values, we had really good turnouts to the climate strikes, we want to deal with the systemic issues which are causing the climate crisis." 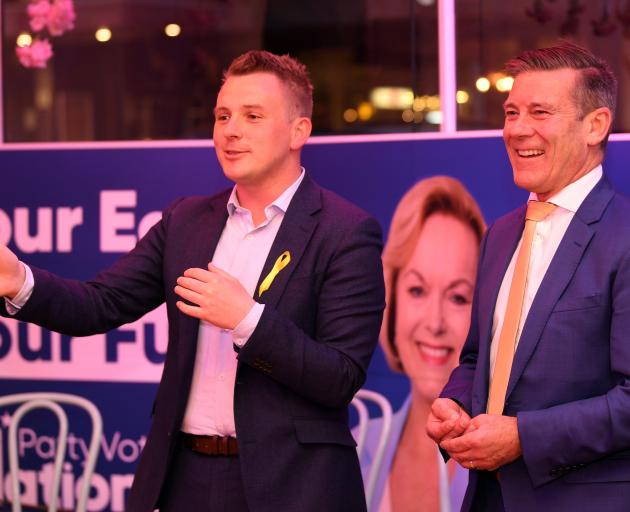 "That’s disappointing, but the mood was so strongly against National across the country that there were going to be results like that."

Mr Woodhouse said while some National voters had gravitated to Act New Zealand — which leapt from 157 party votes in Dunedin North in 2017 to 2106 last night — the scale of his party’s decline meant National had lost votes to other parties too.

"Our task is to regather and focus on the task ahead."

Further down the voting charts it was a good night for The Opportunities Party candidate Ben Peters, who secured 1068 party votes — the second best seat for Top nationally.