By Mike Houlahan
5 Comments
A fiery and personal exchange about climate change was the stand-out moment in an at times feisty election debate between Labour leader Jacinda Ardern and National leader Judith Collins last night.

When the far-ranging Newshub debate settled on climate the women exchanged heated words.

Ms Collins bristled at a comment from Ms Ardern that her take on the issue was outdated, saying "if you want to bring my age into it I am happy to talk about my experience."

Ms Ardern said she was not talking about age but ideology, "and your ideology is outdated".

The two also crossed swords over a potential climate change emergency declaration, Ms Ardern saying she would have made one but for National’s opposition.

Ms Ardern was more assertive than in the first televised debate, but so, too, was Ms Collins, who frequently talked over her opponent’s answers.

The Labour leader might have had cause to echo US President Donald Trump’s complaint from his debate earlier in the day that she, too, was debating the moderator.

While not as bad as the interruption-fest the US presidential debate descended into, Ms Collins was quick to get her point in edgeways, something not lost on Ms Ardern.

When at one point Ms Collins asked for a right of reply, Ms Ardern said "welcome to my world". 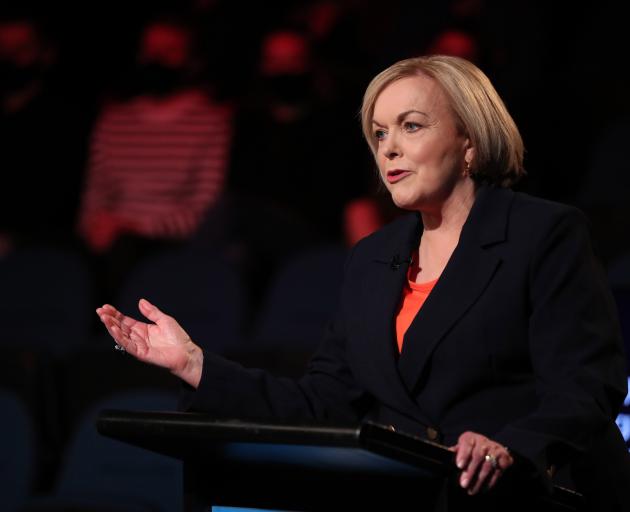 The Newshub debate covered more ground than the earlier Television New Zealand debate, but that meant some substantial and contentious topics received 20 seconds or less.

The greatest time was given to Covid-19, where each leader was in almost total agreement in how each would handle a hypothetical outbreak of the disease in Christchurch on Christmas Eve.

Where the women differed was on border control.

Ms Collins reiterated National’s policy of a negative Covid-19 test before anyone is able to fly to New Zealand, while Ms Ardern argued quarantine regulations needed to remain as people could still test negative, fly and then test positive after arrival.

Both agreed an elimination strategy was the right one, and were confident a Covid-19 vaccine would be found.

The debate also traversed such topics as health, law and order, drugs — illegal and medicinal — climate change, education and the stand-off at Ihumatao. 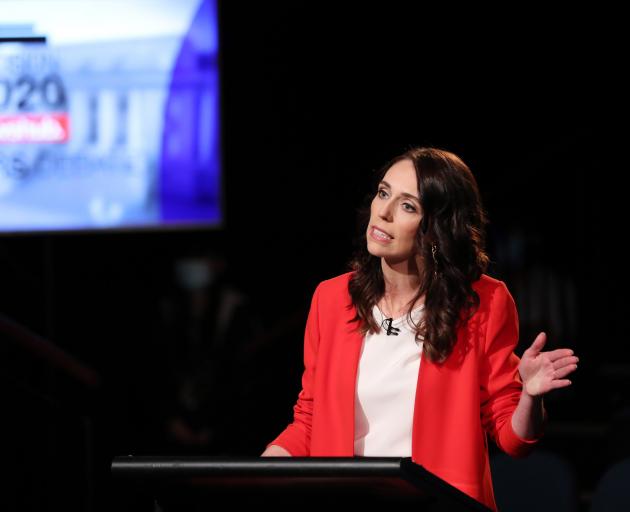 Both leaders will have been happy with this debate, but it was not a defining performance by either.

Ms Collins consolidated the gains made with her strong performance in the first debate, and by demonstrating a sharp sense of humour may well have won over a few unconvinced voters.

However, this felt more like nudging her campaign along in the right direction, rather than the kick-start National’s polling numbers suggest it needs if it is to win on October 17.

Ms Ardern was much stronger this time, standing up to Ms Collins from the outset and getting off more than a few sharp one-liners of her own.

However, she remains reliant on criticism of the performance of the previous National government and has yet to muster a convincing defence for Achilles heel subjects such as KiwiBuild.

A third debate may find a clear winner between the two leaders, but with early voting beginning this week that debate may come too late for Ms Collins.

With your climate emergency declaration, you frame it as if National stopped it.
You forget to mention, that National aren't part of the government and Labour didn't have the numbers, ie. NZ First said no, that's why it didn't happen, by running this line, you are deliberately trying to mislead the public

"The government’s promises are not made to be kept. They are made to assure us, to distract us, to persuade us to put away our banners and go home quietly like good citizens, because the situation is under control. Hope is the fire extinguisher governments use to douse public anger. But public anger is the only effective defence of the living world. Keep the flame burning".
• George Monbiot, a Guardian columnist

An interesting quote and just a revisit of the old question: "How do you know when a politician is lying?". Answer: "If he's speaking, he's lying."
However, this comment was made in direct relation to Boris Johnson's govt in the United Kingdom. It relates specifically to everything he has ever said about Brexit and his plans to to complete the withdrawal from the EU. It is the realisation that he lied and lied magnificently in the lead-up to the last election and got away with it because of inept and incompetent leadership from the Labour opposition.
I feel this commentator is trying to improperly attribute this quote to the NZ situation and, if so, is patently wrong. NZ has not faced what will become known derisively as Trumpian politics yet, and hopefully never will. This quote has no bearing on current NZ politics.

I see promises as a guide on where the government would like to go and do go when given the chance. I don't see them as a means of keeping the people happy as suggested.