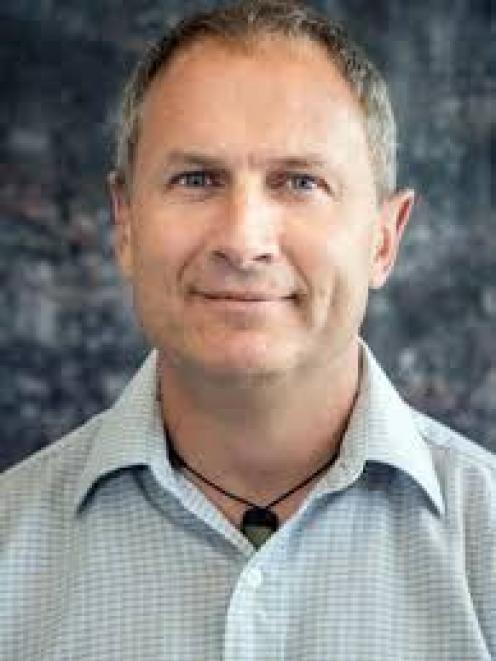 Prof Andrew Geddis. Photo: ODT files
University of Otago researchers are cautiously predicting that most voters will support the End of Life Choice Act 2019 in next month’s assisted dying referendum.

Their review of the situation is outlined in Vox populi, vox Dei? Previewing New Zealand’s Public Decision on Assisted Dying, an academic paper examining the End of Life Choice Act 2019’s journey to parliament, public and legal debate on the proposed legislation, and its overall ramifications.

“While predicting the outcome might be considered a form of crystal ball gazing, our analysis focussing on evidence of how the public may vote at the referendum, and noting the limitations on this data, permits us to anticipate what the vox populi (opinion of the majority) is likely to say on the issue,” Ms Young said.

“Given the stable and long-term public support for permitting the practice with appropriate safeguards, it appears most probable voters will endorse their elected representatives’ chosen model for assisted dying, and the ‘yes’ vote will prevail,” she said.

The report analyses results from a range of demographic studies to show attitudes towards assisted dying do not vary due to gender, age, or socio-economic status indicators such as income, deprivation or occupation.

Indians were the only ethnicity not to show majority support for assisted dying (49% - the authors note this data came from only two studies and should be interpreted with caution).

The researchers found a major challenge for legal decision-making on the issue was the position held by professional medical bodies and related organisations, such as the Care Alliance (“a coalition to oppose euthanasia and assisted suicide”), which register strong opposition to assisted dying generally, and particularly the End of Life Choice Act.

New Zealand’s general and specialty medical associations reject assisted dying as unethical, except for the Royal New Zealand College of General Practitioners and the New Zealand Nurse Organisation, who have adopted neutral positions to reflect the diversity of members’ views.

Consequently, the “official” position of New Zealand’s medical profession has been portrayed as vehemently opposed to assisted dying.

However, individual members of each association are not as united in their views.

Support for assisted dying among individual health care professionals has been reported in the following range: all doctors (37%); general practitioners (46%); geriatricians (24%); palliative care specialists (7 to 9%, depending on administration method);
and the outlier, nurses (67%).

Healthy older people opposed assisted dying due to concerns about potential coercion and abuse of assisted dying procedures in relation to the vulnerable. They also feared a “right to die” may evolve into a “duty to die”.

Healthy older adults primarily supported assisted dying because they anticipated an inevitable decline in capacity and did not want to become a burden.

They also wanted to preserve independence and dignity, believed in the right to choose, and respected autonomy.

Fear of pain did not feature greatly in these participants’ reasons for supporting assisted dying.

The paper reviewed research on Maori perspectives on assisted dying, citing a survey that showed participants thought dying should be strongly guided by tikanga (right practice) and kawa (protocol or ceremony), and a few thought there may be a possibility for assisted dying to be guided by these principles.

Ms Young and Professor Geddis also discuss a paradox: while it may appear the product of a “piecemeal” approach, the End of Life Choice Act 2019 was the result of rigorous legal, judicial and democratic processes and discussion.

Prof Geddis says that although assisted dying had been written about extensively - and has been the subject of recent parliamentary inquiries in New Zealand and Australia - discussion had remained relatively stable and has closely mirrored that of other countries.

“A very complex combination of judicial, legislative and direct democratic mechanisms have all played a role in the lead up to October’s referendum, and although unplanned, this internationally unique approach means New Zealand is in a good position to harness social decision-making to enact laws in a very considered way.”

The paper includes legal discussion on the High Court’s decision, following the 2014 Seales v Attorney-General case, that assisted dying is not permissible because the judiciary cannot make this far-reaching decision under current constitution-based law.

The Court’s ruling also helped catalyse legislative action, including prompting an MP to place the End of Life Choice Bill into the Members’ Bill ballot.

The authors concluded that the public’s decision will mark the end of a far lengthier process of debate and policy choice through both judicial and legislative institutions, and this combination of institutional perspectives and procedures could provide a “solid basis for resolving this particular intractable policy controversy as it is possible to achieve”.

YES. Those who don't want it can choose not to have it. That is why the name of the Act has 'choice' in it.