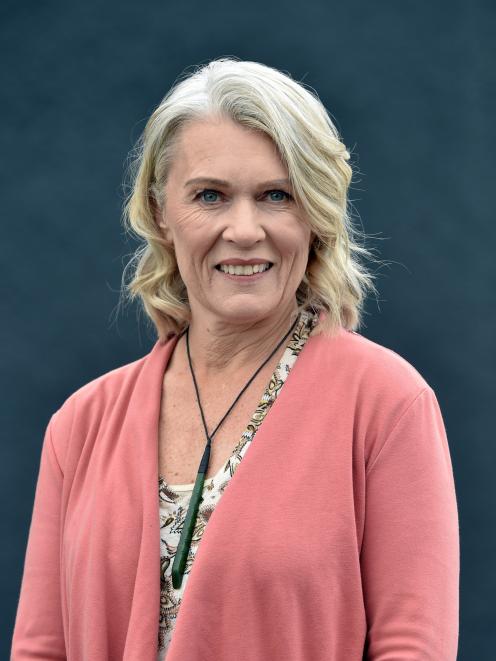 New Labour MP for the Taieri electorate, Ingrid Leary. PHOTO: PETER MCINTOSH
Being part of Labour’s intake of brand new MPs is a completely new experience for Taieri MP Ingrid Leary, and an exciting reward for a lot of hard work.

In her celebration speech on Saturday night, Ms Leary paid tribute to the stalwart volunteers who had supported her campaign and hosted 134 street corner meetings, knocked on 4150 doors, phoned 11,000 voters, delivered 50,000 brochures and folded 3500 letters.

"Meeting voters face to face was very important, particularly in an area like South Dunedin where people may not be engaged with the media or social media," Ms Leary said.

"It was great to hear what was top-of-mind for people and many were very forthcoming with their opinions."

Everyone in the Dunedin Labour team, which campaigned for both Ms Leary and Dunedin MP Dr David Clark, was "over the moon" with the result, she said.

While she has had a few months to gain a sense of the issues affecting people across the Taieri electorate, Ms Leary is keen to reconnect with local communities "to hear first-hand what they want from me".

She plans to work systematically through visiting all parts of the electorate, and encourages communities and organisations to invite her to events.

Ms Leary also plans to continue focusing on a range of issues she discussed during the campaign — digital access for all New Zealanders, including seniors; pay parity for women in the health and education fields; and using rail as a focus for economic development in the Southern region.

In much the same way as the local Labour candidates campaigned closely together, Ms Leary hopes they can work together in government to achieve results for the Dunedin and Taieri

"I believe we can achieve more if we can have a focus on both electorates."

The former journalist, lawyer, and mother of three, describes herself as a "social justice warrior", and is very keen to contribute to the Government’s ongoing work in the areas of equality and tackling poverty.

"I would love to be able to contribute ideas to how New Zealand works to close the equality gap," she said.