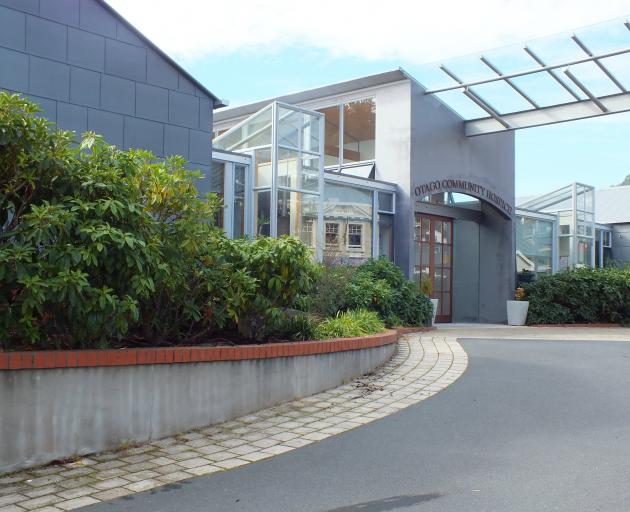 The delivery of euthanasia is not something the Otago Community Hospice will be adding to its services. PHOTOS: ODT FILES
A fundamental principle of hospice and palliative care is to neither hasten nor postpone the natural progression of death, writes Doug Lilly.

The announcement that the Otago Community Hospice would not add euthanasia to its services has drawn mixed responses.

While many responses were supportive of the hospice for clearly stating its position, some people thought the organisation lacked compassion in not being willing to extend its services to include euthanasia.

It became apparent to me that many people don’t fully understand what services the hospice currently provides.

The reality of the hospice

Many people think of the hospice as a place where people with a terminal illness go to die. That used to be my impression. What a sad place that must be to work, I thought. I had only ventured into the building once when my partner asked me to drop off a gift to a friend who was an inpatient. I agreed, but only to leave it at reception. I didn’t want to proceed further, in case I encountered dying people.

Despite "bearing witness" to thousands of deaths through images in the news and in film and television, my exposure to the reality of death and the dying process was minimal. At the funeral home to view my father’s body in 2003, I was so uncomfortable that I could only manage to look at him for a matter of seconds.

When my mother had a serious stroke a few years later, I spent time with her as she was dying, but I was not with her when she died. When asked if I wanted to view her body, I declined, remembering how traumatic I had found viewing my father’s body.

Shortly after my fleeting visit to the hospice to drop off the gift, I noticed they were advertising for an operations manager. The position appeared to be a perfect match for my skills and experience.

Despite my anxieties about death, I successfully applied for the job and started work in early 2015.

My impression of the hospice as primarily a place where people with a terminal illness go to die was quickly dispelled. In 2019-20, 460 people who died were provided with hospice support, but only 20% of those deaths occurred in their inpatient unit.

In fact, of those who were admitted to the unit, 43% returned to their own residence after brief stays to manage their symptoms. Most prefer to end their days surrounded by the people and things they love.

The organisation’s support for patients and whanau is primarily undertaken in the community. Hospice staff made about 2500 home visits in 2019-20, supplemented by about 10,000 phone calls and 2000 instances of support for family members (before and after the death of the patient).

Let’s talk about death and dying

Death is not easy to talk about. It can be hard to even say the "D word". We are more comfortable with a euphemism such as "passed away". We have very limited knowledge about what the range of "normal" dying looks like. I believe uncertainty, fear and anxiety about death and the dying process is the core issue people want to see addressed. No-one wants to suffer, or see their loved ones suffer, while dying. This leads many to the conclusion that putting people "out of their misery" is the humane and compassionate thing to do.

You wouldn’t let an animal suffer like that! They shoot horses don’t they? I was once very sympathetic to this point of view. But people are not animals. For people, suffering is a complex notion involving body, mind and spirit, and including memories, feelings and relationships.

Hospice care attends to all these aspects of pain and suffering. I find it difficult to reconcile an argument that says we should put people with a terminal illness out of their suffering, while being aghast that so many young people choose suicide to end their pain and suffering.

In countries where euthanasia has been available for some years, people predominantly choose it because of their concerns about loss of dignity and lack of control, not because of physical pain. The thought of having others tend to your bodily needs is extremely challenging. Yet people with severe disabilities whose intimate bodily needs are attended to by carers still lead dignified lives.

As a compassionate society we care for our fellow human beings, and this is a dignified and dignifying response. We also care for our babies and children until they are able to care for themselves. We care for our elderly as they become less able to care for themselves. Similarly, through the provision of palliative care, we can ease the dying journey. It is often not an easy journey; it is filled with anguish and deep sadness for the patient and their whanau. But it is also frequently accompanied by joy, celebration, greater appreciation of life and reconciliation.

"Compassion" is a key slogan of supporters of euthanasia. But those opposing it are also motivated by compassion. Religious, cultural and/or personal values underpin compassion-centred arguments for both sides of the debate.

Those strongly advocating for this new law say it has very tight boundaries and protections. Yet in countries where euthanasia has been introduced, subsequent amendments have always loosened — never tightened — whatever boundaries and protections were originally enshrined in their laws. In 2002, Belgium legalised euthanasia for those 18 and over. In 2014, their law was amended to permit minors, regardless of age, to pursue euthanasia. Children as young as 9 and 11 have since been euthanised.

So where does this leave organisations such as the hospice?

Hospice will not add euthanasia to its services

If the legislation comes into effect, the hospice will continue to fully support its patients, but will not add euthanasia to its range of services.

Even if the organisation did decide to provide euthanasia, it could not guarantee its delivery because, under this New Zealand model, euthanasia would have to be administered by an individual doctor or nurse practitioner. The hospice employs a small team of these professionals, and each of them has the right to conscientiously object to performing this task.

As an employer, the hospice could not compel its staff to carry out this task.

Patient consent, choice and dignity are central to patient care within the hospice. As a person’s journey progresses, their ongoing choices (which may include making a do not resuscitate request, or declining further treatment) are closely monitored and recorded.

If the End of Life Choice Act comes into effect, the hospice will respect a patient’s decision should they opt for euthanasia.

However, a fundamental principle of hospice and palliative care is to neither hasten nor postpone the natural progression of death. Therefore delivery of euthanasia is not something the hospice would require of its staff and it will not be adding euthanasia to its services.

- Doug Lilly is operations manager (a non-clinical position) at the Otago Community Hospice. This article is an edited version of one published recently on corpus.nz

It doesn't matter what is motivating those who are opposed to this change. It is irrelevant.
I would argue that they have no right to impose their values on me, just as I have no right to impose my values on them.
This referendum is fundamentally about the right of every individual to chose. It is a fairly simple and easy to understand principle. Those involved in palliative care as professional administrators should be particularly careful about involving themselves in this argument. They stand at risk of being accused of protecting their vested interest and not acting for the greater good.