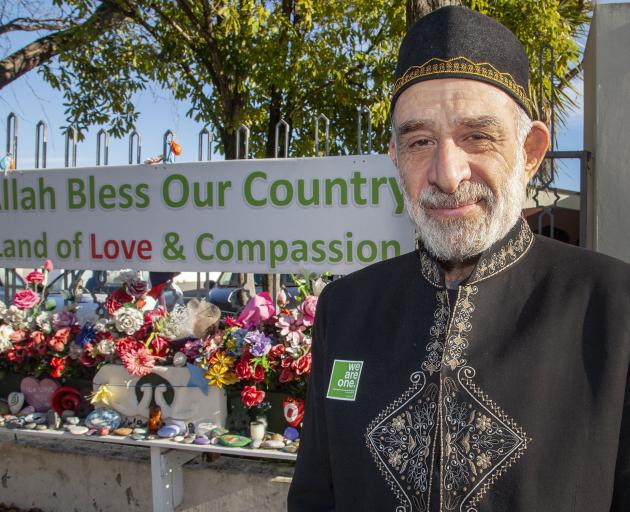 Dr Mohammad Alayan outside the Al Noor mosque, Christchurch. Photo: Allied Press files
Otago Muslims are not sure suppressing content from the Royal Commission of Inquiry into the Christchurch mosque shootings is doing the right thing by victims. 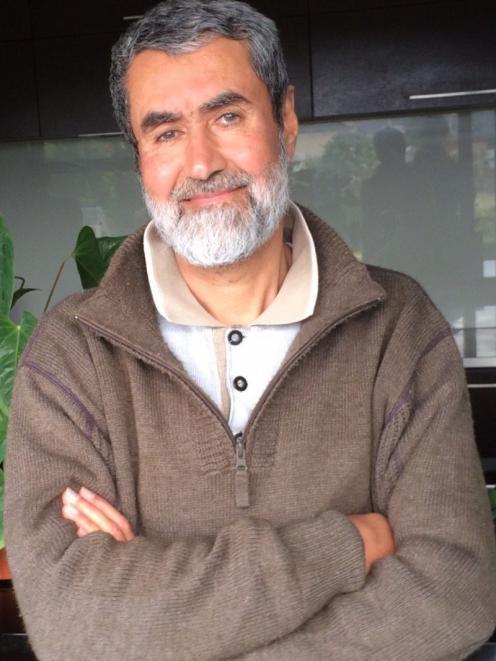 "These answers are important to us," he said.

Dr Alayan lost his son, Atta, in the shootings and was shot himself.

He is awaiting the release of the commission’s report on Tuesday next week, though some information — including murderer Brenton Tarrant’s commentary — will not be released.

Evidence given by ministers and public sector bosses will be suppressed for 30 years.

Dr Alayan said he could understand withholding some information from the public.

"But we as victims have a right to as much detail about the findings as possible. From our side, we need to get some answers.

"We are loyal to New Zealand. We want justice and for this to never happen again."

The ongoing suppression of Tarrant’s comments was not what he had expected.

University of Otago and Otago Polytech Muslim chaplain Najib Lafraie said his first impression was that suppression was understandable.

"The reason they gave, it makes sense — he wants to incite hatred," Dr Lafraie said.

But Dr Lafraie was not sure why the gunman’s comments could not be released after 30 years with the rest of the information.

It details failings by police, spies and government agencies before and in the aftermath of the mosque shootings, in which 51 people were killed.

In a final minute, commissioners Sir William Young and Jacqui Caine said evidence and submissions by public sector chief executives and current and former ministers would be subject to non-publication orders for 30 years.

National security was cited as a reason for the suppressions. Full publication of the evidence could provide a "how-to manual for future terrorists", the commissioners said.

Those concerns would likely have "dissipated" in 30 years.

They also said they wanted to protect the confidentiality of the people who spoke to the commission.

"We told them that our process was private and that we would not publish in our report what they told us without first going back to them.

"We did this with a view to encouraging candour, which we received."

"If there are significant failings, the people at the top are responsible for that. And so I find it difficult that those people would continue in their roles.

"Also, for past ministers of the Crown who are included in that, there is no accountability for them unless the report itself contains sufficient evidence and submissions that recounts any failings, negligence, incompetence on their part."

The commissioners noted that some members of Muslim communities, academics and public sector agencies wanted the inquiry’s interview with the terrorist to be published.

"Some people are frustrated that, by his guilty pleas, the individual avoided a trial at which the reasons for the terrorist attack might have been explored," their minute said.

The transcript would be provided to the New Zealand Police and the New Zealand Security Intelligence Service to help them improve their knowledge of extreme right-wing and lone actor terrorists, the commissioners said.

But it would not be publicly released because it included details about how he planned and prepared for the attack and could enable further attacks.

It included acknowledgements by the terrorist about what he felt were "mistakes" in the way he carried out the terrorist attack — which could be read by potential terrorists as "advice".

His motives might be used to provide a platform for the dissemination of his views.

A number of individuals involved in the inquiry would also have their identities suppressed, including the police officers who vetted Tarrant for his firearms licence and the people who provided references for him.

Ms Tinetti will table the report in Parliament on Tuesday next week.

The report would be shared confidentially with families and victims before the public release.

Party leaders would also receive the report before it was publicly released.

Tarrant was sentenced to life imprisonment without parole in August.