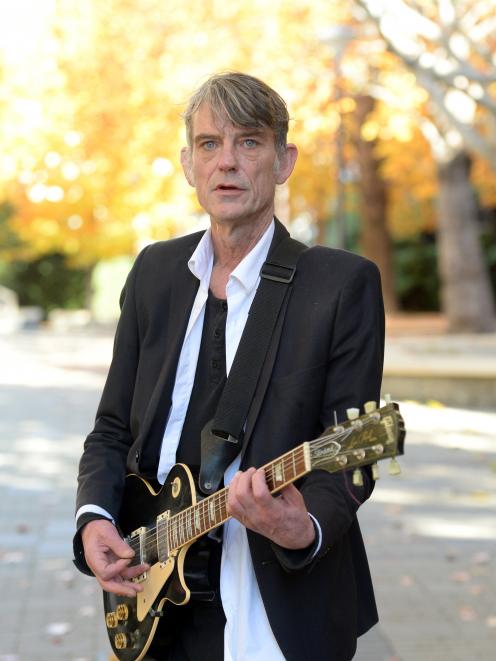 The 58-year-old told listeners on his popular radio show, Music with Graeme Downes, on RNZ yesterday that he was signing off for the last time and was unlikely to return.

"I used today’s show as a case of saying that I’m disappearing, not because I don’t like what I’m doing, but because I’ve got to sort some issues out and it’s going to take a while."

Dr Downes is the lead singer, guitarist and songwriter of Dunedin Sound band The Verlaines.

The band first appeared in 1982 on the ground-breaking Flying Nun Dunedin Double EP, and went on to become one of Flying Nun’s most lauded and long-lived bands, touring extensively and releasing a number of well-received albums in America.

He also lectured at the University of Otago Department of Music, Theatre and Performing Arts, where he introduced courses in composition and musicology, and developed New Zealand’s first degree in rock music.

He took early retirement from the university earlier this year, and has since moved to Otaki, on the Kapiti Coast, to be closer to family.

He told the Otago Daily Times yesterday he was not in great shape.

"It’s not flash. Put it this way - I’m not going to be in much of a position to do radio shows for quite some time.

"I’m going through various testing options ... and then surgery."

He declined to say where the cancer was situated, but said it was curable and it would take a lot of rehabilitation.

Despite his concerns, he was philosophical about his situation.