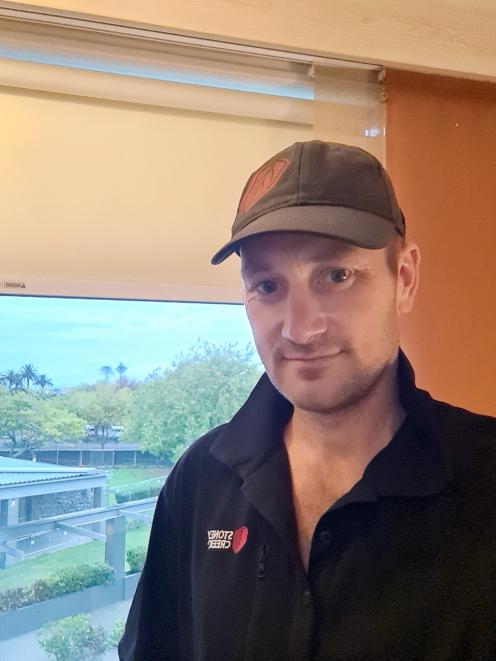 Paul Robinson. Photo: Supplied
It was a stroke of luck that East Otago man Paul Robinson made it home before the travel suspension for India comes into force this weekend.

Mr Robinson had already been away from his wife and son for about three months, instead of the usual one month required for his job in an underground mine in India before Covid-19.

One of his workmates was not so lucky.

New Zealand’s temporary suspension on travel from India, which is a response to a surge in Covid-19 cases among travellers from the country, comes into force tomorrow and remains in place until April 28.

Mr Robinson, who has worked in India since November 2019, said before Covid-19, he would work one month on and return home for one month off.

That changed to two months on, two off, when he returned to work in September last year, following a stint in New Zealand during lockdown.

He headed back to India for work in January this year and has only just returned and marked day seven in managed isolation yesterday.

"We were supposed to come home around March 10, but obviously, there were no rooms in MIQ available.

"April and May became available and I was lucky to get April 2."

His trip in September had stretched to three months because he could not get into managed isolation.

While two co-workers from New Zealand managed to get back before the suspension, one worker, who was booked to return on April 14, would now not be able to get back until July 9.

"He will just have to carry on working."

While understanding the need for the suspension, Mr Robinson said it was "worrying" for those who could not get back.

He felt the suspension should have been enforced on new bookings and not those already booked to return.

"He already had his flight booked and his room booked — they should at least look after those guys who were booked into that period.

Mr Robinson was concerned for those stuck in India who had to try to find a spot in managed isolation: "It’s not that easy."

Mr Robinson has had 11 Covid-19 tests between India and New Zealand.

There were positive cases on his flight and bus to MIQ, so he was in the high-risk bubble.

"So far, all healthy and negative results."

"We were supposed to come home around March 10, but obviously, there were no rooms in MIQ available" yeah because 'events' such as the wiggles, lion king etc were allowed to come in before our citizens.