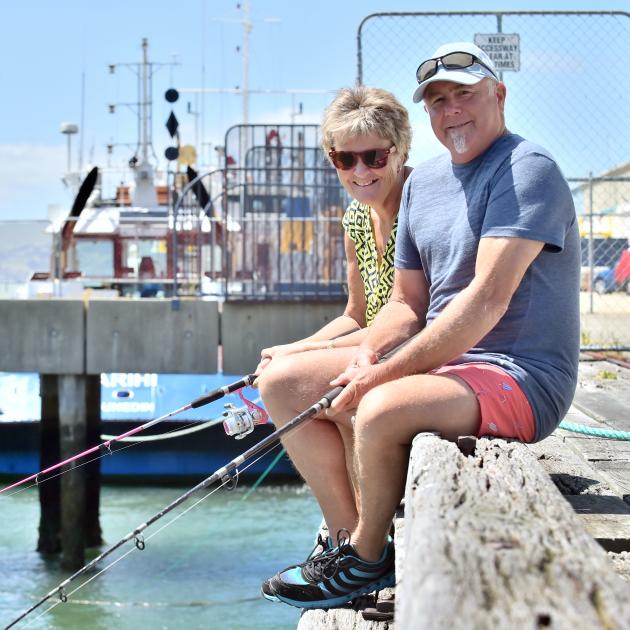 Mr Stewart (65) once lived in Nelson where he was a successful sculptor, creating, among other things, large ceramic fish.

However, he has since sold up and moved to Belvue Bay, in the Marlborough Sounds.

For the past six years he and partner Vicki Rizzi spend nine months of the year travelling in their camper van, fishing and, from time to time, undertaking charity work.

Mr Stewart also devotes some of his time to creative writing, which includes producing adventure books for young people, set in the Marlborough Sounds.

The pair have spent the past week in Dunedin where he has family links, and enjoys the excitement of wharf fishing.

‘‘I just like being out in the fresh air and in the nature. There’s always something going on, on the water.

‘‘People get stressed out over the smallest things.’’

He expects entries and catches for the association’s annual competition next month will be well up on last year.