‘Over the side and into the sea’ 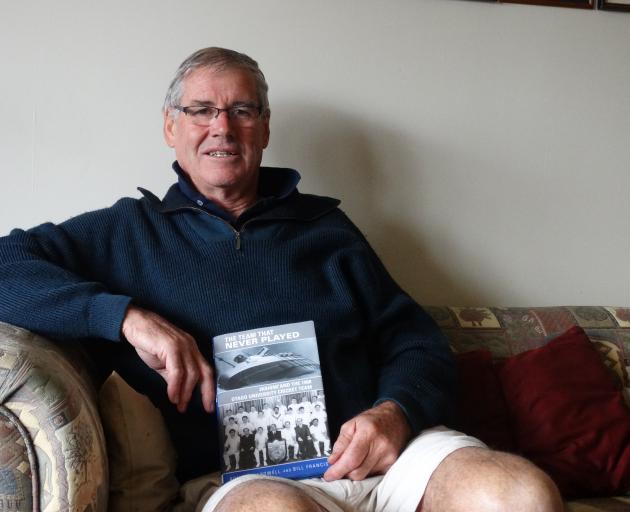 Murray Parker was an Otago University student travelling to a university cricket tournament in Palmerston North when he survived the 1968 Wahine disaster. PHOTO: GRETA YEOMAN

The 50th anniversary of the Wahine disaster will be commemorated onTuesday. Reporter Greta Yeoman spoke to a former University of Otago student who survived the maritime tragedy on April 10, 1968, in which 53 people lost their lives.

When Wahine survivor Murray Parker was told to put on his life jacket, he thought it was a joke.

The then 19-year-old was on the Wahine as part of the University of Otago cricket team travelling to Palmerston North for a tournament.

Mr Parker, then of Whangarei, was studying physical education at the University of Otago and was already a member of its cricket team when he was chosen to represent the university at the competition in Palmerston North.

Mr Parker and his team-mates had just got up when the boat ‘‘hit something’’.

They were milling around in their cabin when they were informed by another team member to put on their life jackets. ‘‘We thought he was joking.’’

Mr Parker, who now lives in Timaru, remembers barely being able to see anything through the ship’s windows due to the high waves and foggy, stormy weather.

‘‘We just sat there.’’ When the call was made just before 1.30pm to abandon ship, he went down to C deck to get to the lowest side of the boat.

‘‘It was pretty steep.

He was pulled into a boat by his team-mate, Ray Hutchinson, a difficult feat due to the high waves, high sides of the lifeboats and the bulkiness of the life jackets.

There were about 96 people in his lifeboat, No 4, which finally landed on a beach at Seatoun about 4.30pm.

‘‘That was scary,’’ Mr Parker recalls, given the potential for boats to flip in the waves upon landing.

Their boat was the first to land at Seatoun. He remembers watching people just ‘‘bobbing around’’ in the water in their life jackets and others breaking bones as they slipped on the decks of the ship.

People were wrapped in blankets when they arrived on the shore, as many were dressed in very thin clothing.

Once safely in Wellington city, he stayed with an aunt before going to stay with his parents in Auckland.

All Mr Parker’s team-mates made it off the ship safely but never played in the tournament. They also never thought to meet again until five years ago, when their story was turned into a book, The Team That Never Played, and they gathered to share stories at the book launch.

The sinking of Wahine on April 10, 1968 was the worst maritime disaster in modern New Zealand history.

As the vessel entered Wellington Harbour after 6am on April 10, the wind increased, waves battered the ship and its radar system failed. Just after 6.30am, as the ship continued to fight through the waves, the captain reversed on to Barrett’s Reef.

Just before 1.30pm the captain put out the call to abandon ship.

Many of the 734 passengers and crew ended up at either Eastbourne or Seatoun. Eastbourne was where most of the 53 fatalities occurred.

Some who reached the shore alive did not receive medical attention fast enough to prevent death from exposure, while others drowned or were killed when thrown against rocks.