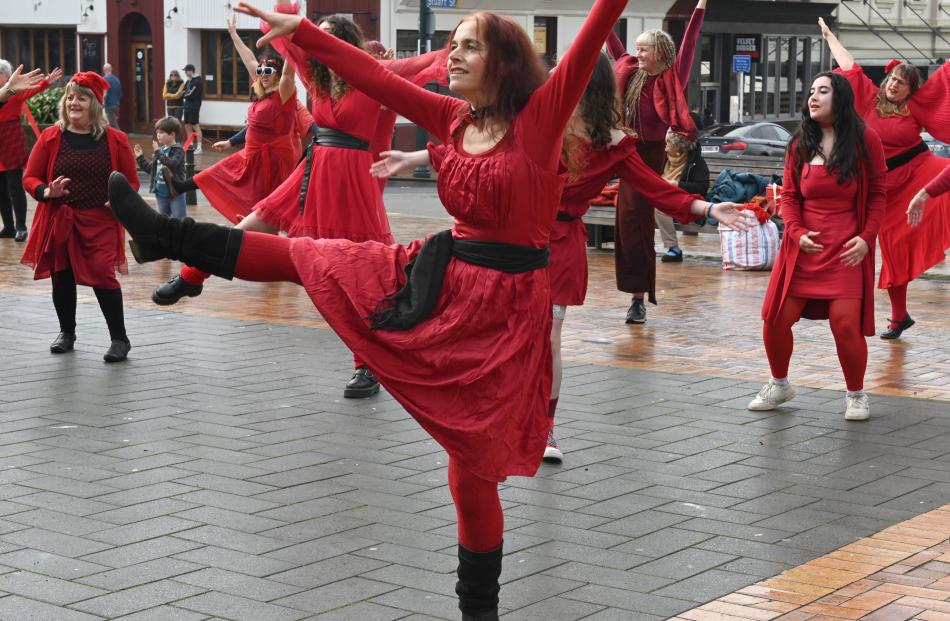 About 50 people danced enthusiastically in a Kate Bush-inspired flash mob at The Most Wuthering Heights Day Ever in the Octagon at noon on Saturday. PHOTO: LINDA ROBERTSON 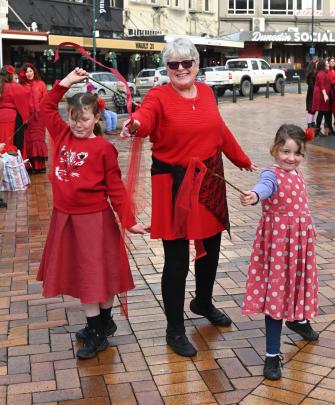 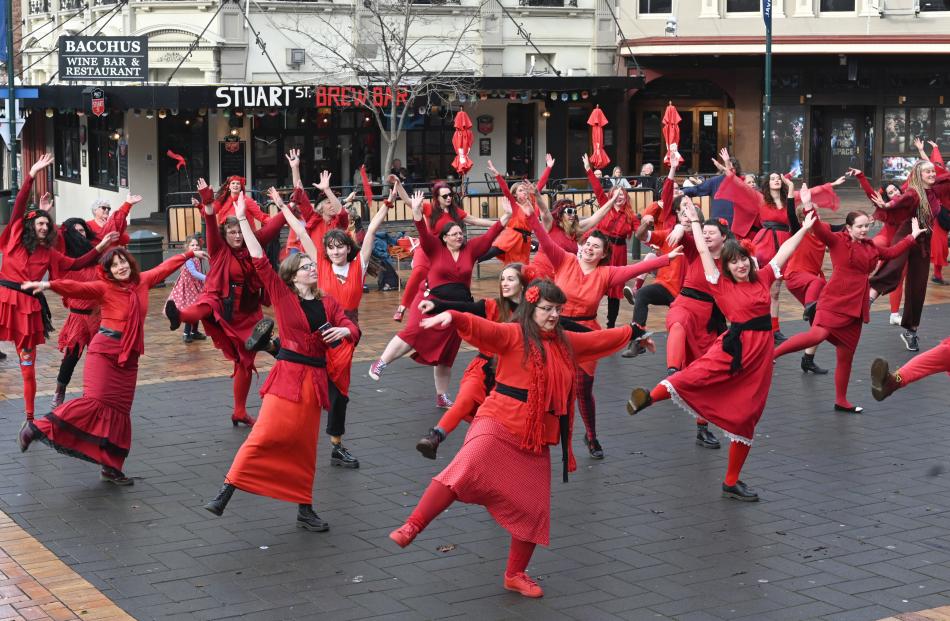 The Yorkshire moors came to Dunedin at noon on Saturday as a flash mob assembled in the Octagon for The Most Wuthering Heights Day Ever.

About 50 aspiring Cathys clad in red dresses attended the event, which had participants perform the dance routine from the music video to Kate Bush’s 1978 No1 hit Wuthering Heights.

The song is based on Emily Bronte’s 1847 novel of the same name about the turbulent relationship between the volatile Heathcliff and his childhood friend Catherine.

Barbara-Ann Whelan brought granddaughters Anoushka (8) and Frieda (5) Knox, of Dunedin, to take part and said she showed the girls the video before coming to town.

Starting an adult ballet dancing class two years ago had given her the confidence to have a go at dancing in public.

This was her second year taking part after being talked into it at the last minute by a ballet friend, and she hoped to be back next year.

Mark Harris, who travelled from Christchurch to take part, said the music video was "iconic".

He had known people who had taken part in similar events in the past and thought it looked fun.

Part of the attraction was to raise funds and awareness for male mental health issues. The organisers had collected donations for charity Wellness, Empathy, Kindness Aotearoa.

This was the third year the event had taken place in the Octagon. Similar events had taken place annually around the world after the first gathering in 2013, in Brighton in the United Kingdom.