At least 27 people were recorded as having suffered harm in the first two months of this year while lingering on the Southern District Health Board’s cancer treatment waiting list.

Three became so sick that they became unfit for treatment while waiting.

Documents released to the Otago Daily Times yesterday through the Official Information Act show that clinicians raised the alarm about unacceptable waiting lists for cancer treatment for southerners at least as early as January, although it took until May for the SDHB to approve outsourcing cancer treatment to address a problem one board member had earlier called "shameful".

A "Medical Oncology Harm Register" was drafted for SDHB chief executive Chris Fleming, which showed in February that 27 people were considered as having suffered harm due to medical oncology waiting times.

A further two people needed hospital admission due to their symptoms.

By March, the Cancer Control Agency was taking a keen interest in the situation in the SDHB, as statistics showed it was one of the worst performing cancer treatment locations in New Zealand.

"Cancer care in the SDHB is fragmented, prolonged due to multiple bottlenecks, and lacks key performance indicators and quality assurance," a March report prepared for the agency said.

"Outcomes in the SDHB are therefore poor for people with cancer."

The report said lung cancer patients in the SDHB region had the worst outcomes in New Zealand, at a 7% lower survival rate than the national average.

Southern breast and prostate cancer patients due to receive radiation oncology treatment were waiting on average double or more the target of four weeks for a first specialist appointment.

At that time, 123 patients were waiting for treatment, for an average of 10-14 weeks.

The waiting list eventually climbed to 157 people: the most recent SDHB board meeting was told it was now 115, still well over the target of 70.

Surgical wait times for specific cancers such as urology, colon cancer and upper gastrointestinal cancer were excessive, and not all relevant clinicians were attending meetings to discuss treatment plans. 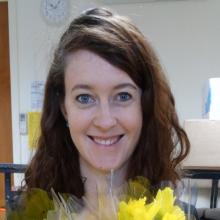 Rachael Hart
Cancer Society Otago and Southland division chief executive Rachael Hart said the society was concerned by any delays to treatment, but the wait times local people were enduring were an ongoing concern.

"We don’t know what the effect of waiting has on the progress of each individual tumour, but we do know it is extremely worrying for people and not good for their own wellbeing, let alone their cancer."

The society first raised fears southern cancer treatment times were too long two years ago and it was distressing that the situation seemed to be getting worse rather than better, Ms Hart said.

"We keep talking to the DHB about what they are doing to meet their targets. We see it as a really high priority for people across the region."

Last month the SDHB approved outsourcing treatment of up to 130 breast and prostate cancer patients at St George’s Hospital in Christchurch.

Ms Hart said she had heard anecdotally that all patients who had been offered treatment in Christchurch had accepted, although travelling far from family and support systems had been stressful for many.

My own case is likely not covered by the OIA request due to the enquiry criteria, but I can certainly attest to the harm suffered by being on the totally opaque waiting list system. My cancer was operable when found, operable when diagnosed but by the time I got to treatment it was non operable and palliative care, thank you very much.

This in spite of being on a high monitor status from previous tonsular cancer, in soite of patient reports going back months of discomfort, and all I have to show for it is an official 'oops, sorry' letter. I might manage a couple of weeks left alive, thanks SDHB!

Cancer is a deadly business, surely we patients deserve better than what we're getting now?

The report said lung cancer patients in the SDHB region had the worst outcomes in New Zealand, at a 7% lower survival rate than the national average. This means in is even worse - the South figures are built into the national average - remove the South and the average will rise even more making the survival rate perhaps say 10% lower than all the rest of NZ where you might have the same health problem. Absolutely shocking and people are playing with figures which means they're playing with lives.

Absolutely damning, and a total disgrace in professional medical care and conduct...the centralization of decent medical care in NZ can't happen soon enough to eliminate the "quackery" going on in many DHB's, and at it's worst in Southland! This is 2021, and it feels like our hospital systems, access to now standard diagnostic equipment and medicines, and staffing levels are left in the 1960's! Our population has almost doubled, how many new hospitals have you seen being built in the last 20+ years for this rapidly expanding population? Sounds similar to the housing crisis doesn't it.