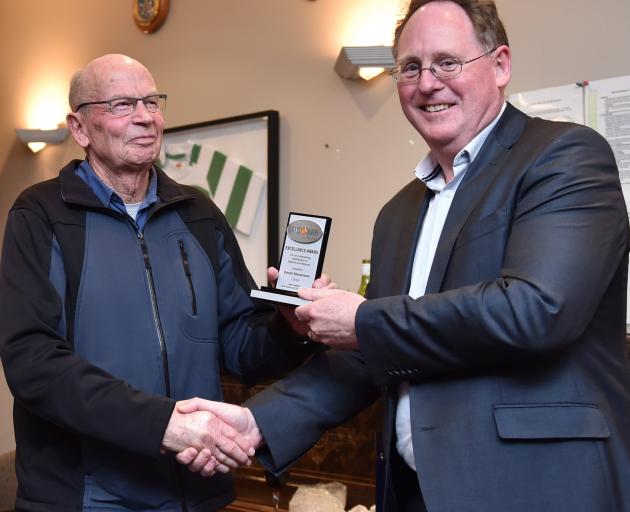 LandSAR veteran Dave Stevenson (left) is given an excellence award by national chairman Dave Robertson on Thursday. PHOTO: GREGOR RICHARDSON
Communicating with search and rescue teams is much easier now than when Dave Stevenson (75) started.

At an event in Dunedin on Thursday the LandSAR stalwart received an excellence award from the organisation for his dedication to the job.

In his 40 years with LandSAR, he was Amateur Radio Emergency Communications team leader for 22 years, national adviser to the police on radio communications and Dunedin LandSAR chairman.

He said he was now pulling back from his role.

In his time, technology improved greatly, allowing for enhanced communication between rescue teams in remote locations and head offices.

He remembered a particular rescue mission when an light aircraft crashed in Berwick, although he could not remember the year.

Communications like that were an extremely important part of rescue missions, he said.

Many members also received long service awards on Thursday night, although not all were present.