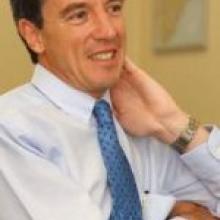 The chief executives had agreed planning and funding general managers from each of the DHBs - Otago, Southland, West Coast, South Canterbury and Canterbury - should be involved in the discussions.

If the proposed changes went ahead, it would mean when a private clinic, private hospital or private medical specialist ordered a test from a laboratory, the bill would no longer be met by the local health board.

While it has been estimated the proposal could save the Otago board about $1.1 million a year, and $3 million across all five boards, there have also been claims extra administration costs would outweigh the savings.

Mr Rousseau said the 306 submissions received on the proposal had come from providers and members of the public.

Private laboratory test charges were introduced in Wellington last year and a report evaluating the trial should be discussed at the meeting, Mr Rousseau said.

Health Funds Association of New Zealand executive director Roger Styles, of Dunedin, welcomed the news the Wellington evalution would be included in discussions.

A report on the evaluation had been expected last month, but when the Ministry of Health had advised it would not be ready until April, Mr Styles had raised fears the delay was deliberate as the association believed the trial had been a ‘‘shambles''.

‘‘Our evidence is that patients are being deterred from accessing treatment because of the new charges. Some cardiac patients are paying over $1600 for laboratory tests.

High charges are also a common feature for testing associated with breast cancer and fertility treatments.''

The association, which represents 13 health insurers, had said in its submission every dollar saved by the boards would mean $2 to $3 would be imposed directly on patients.