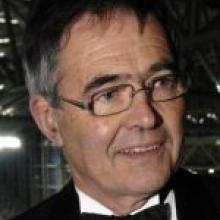 Dave Cull
A heated political storm has started after an announcement Dunedin City Council companies will not be able to come up with $8 million of dividends to help pay for multimillion-dollar spending.

Mayor Dave Cull accused Cr Paul Hudson, who is also chairman of Dunedin City Holdings Ltd (DCHL), of being less than forthcoming about the companies' financial situation, and is clearly pushing for him to end his time on the board of directors.

Cr Hudson has, in turn, accused the mayor, whom he said should be more knowledgeable than anyone else at the council, of not keeping up with company finances, and questioned why he was not aware of an issue that was made public in March.

Cr Hudson said acting chief executive Athol Stephens had advised the holding company last week he had no further need for it to supply $3 million for stadium management company Dunedin Venues Management Ltd (DVML), as he had achieved the result through other means.

"For [Mr Cull] to then put that into the press release - that's totally untrue."

DCHL director Ross Liddell last night, through Cr Hudson, described Mr Cull's comments as "extreme and unbelievable", and said the holding company was one of the most successful in the South Island.

Mr Cull yesterday released a statement saying DCHL had confirmed it would be unable to pay $8 million of dividends the council had included in its budgets for the years ahead.

DCHL has been called upon regularly in the last few years to help the council with its debt, including to help pay for debt that resulted from building the Forsyth Barr Stadium.

The first, by the council's council-controlled organisation liaison group, was in response to "information flows between DCHL and the council".

The second looked at the governance of the DCHL companies, DVML and Dunedin Venues Ltd, and was completed by independent reviewer Warren Larsen, who is on the board of Air New Zealand and many other entities.

The reviews had concluded there was "clearly an urgent need for the council to address the funding shortfall".

"Whatever option, or more likely, combination of options, is chosen, some hard choices will probably need to be made," Mr Cull said.

Mr Cull said he was not saying the companies were at risk now.

But the companies had never told the council "officially" they would struggle to pay the dividend.

Cr Hudson was the chairman of the board, and ultimately, it was his responsibility to do so.

Asked about Cr Hudson's future, he said the governance review suggested "fundamental changes to the structure of the board".

"You could probably take it as given there will be changes on the basis of the review."

Asked about the timeframe of any changes to the make-up of the boards, he said he hoped it could be completed before the board's annual meeting in October.

Asked if the issue would result in a rates rise, Mr Cull said Mr Stephens had been given a clear indication "we do not want this to be paid for by rates rises".

Asked why it had taken so long for the information to become clear, Mr Cull said that was "a valid question".

Many people, both in the council and members of the public, had raised concerns about the matter, but it had been impossible to definitively show that, until the reviews had been done.

"That's an indication of a lack of transparency and communication between the council and DCHL.

"What we have is a systematic failure, and we're changing the system."

Cr Hudson said the holding company was asked to supply additional dividends to the council to help it through a period of extra capital expenditure, and had supplied more than $50 million "because the requests went up and up".

Council finance and corporate support general manager, Athol Stephens, attended all company meetings, and it was his job to keep the mayor updated.

In March, the Otago Daily Times reported Mr Hudson's comments the holding company had been paying a dividend to the council that was higher than what it was earning, and the company was having to borrow money to pay it.

He said there would come a point when that was no longer sustainable.

Yesterday, Cr Hudson asked how the mayor could not know four months later about the situation discussed at the time.

He also asked why Mr Cull made a public announcement on the issue yesterday, when the company had not been asked to respond to concerns raised in a review until Monday.

Asked if he planned to resign, Cr Hudson said he believed he had done "an appropriate job".

He said he was not on the board because he was a councillor, but had been taken on after an interview process.

• Council-owned companies cannot sustain dividends projected to be paid to the council.

• From the next financial year, there will be a $5 million-a-year shortfall.

• The $3 million from DCHL provided for in Dunedin Venues Management Ltd's statement of intent not sustainable.

• Companies have had to borrow to pay dividends; that is not sustainable.

• If continued, DCHL could be insolvent within a few years.

• Composition of, and skill-sets on DCHL boards need to better reflect the companies' core activities.

• Reporting mechanisms from council-owned companies need to be greatly improved and more transparent.