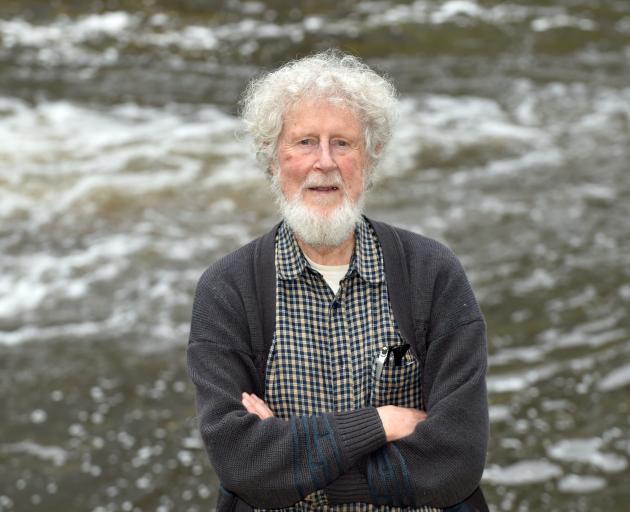 A Dunedin academic has warned parts of South Dunedin and the city could have just 17 years before sea-level rise makes them uninhabitable.

That could make homes uninsurable in the area in the next five years, he said.

Mayor Dave Cull last night said if "heaven forbid'' parts of South Dunedin had to be abandoned, places would have to be found for people to go.

"And we're not talking about bloody refugee camps.''

Prof Flynn told a public forum huge erosion of polar ice that had begun in 2014 meant predictions of the rate of climate change had changed.

Prof Flynn, who wrote a book about climate change last year, said he had decided to speak at the forum after reading a report in the Otago Daily Times that said pumps would be needed to clear water in South Dunedin by 2040.

He told councillors the issue would come to a head well before that.

There were 1932 homes in Dunedin, mainly in South Dunedin, built below 25cm.

If the rate continued to increase, a 25cm increase could occur before 2034.

By 2090, South Dunedin would be under 5m of water, along with Forsyth Barr Stadium, the Otago Polytechnic and other low-lying areas.

Prof Flynn has recently suggested a fleet of unmanned ships dragging turbines to create sea spray to brighten clouds and reflect solar radiation back out into space to cool the earth as one answer to climate change.

But he scotched the idea of pumps and Dutch-style dykes to keep water out, as that country had four centuries of dyke development, and a shorter coastline.

"The notion of turning the entire nation into Holland is absurd.''

Asked about his expertise in the area - Prof Flynn is a philosophy professor who entered the field of psychology and became internationally known for discovering the "Flynn effect'' - he said there was no such thing as a climate-change scientist.

Scientists may know about polar ice or upper atmosphere physics or ocean currents, but the idea there was an expert who knew everything that needed to be known "is a myth''.

Prof Flynn said what was needed was someone who understood scientific methodology and social science who could evaluate the research.

He had won awards in the area.

He was also "important enough'' that experts in the various fields would talk to him.

He had already discussed the issue with mayors overseas and wanted mayors here to get together to pressure the Government to help.

On South Dunedin, he said "they're going to have to abandon that area'', as well as the city harbourside industrial area.

Dunedin Mayor Dave Cull said he was "taken aback'' by the scale of the predictions.

The Parliamentary Commissioner for the Environment, Dr Jan Wright, had recently pointed out whatever was done to reduce fossil fuel use, climate change would "keep going''.

The loss of glaciers on ice caps and the expected "massive acceleration in sea level rise'' had changed things.

Prof Flynn had "enormous credibility'', and Mr Cull, one of his former students, said he had "enormous respect'' for both his intellect and the care with which he investigated.

"All in all it's a pretty sobering set of predictions.''

The net effect was there may not be as much time to deal with climate change as was expected.

Asked what the city could do, Mr Cull said Prof Flynn and Dr Wright had said the issue was not something communities could deal with individually.

Mr Cull said Local Government New Zealand had identified climate change as a big issue the country faced, and had initiated setting up a risk agency.

There was a perception the Government had "basically done nothing'' and had told communities "you're on your own''.

"Even if Prof Flynn is only a quarter right, it's going to be an issue that small communities will simply not be able to deal with on their own,'' Mr Cull said.

Asked his message to South Dunedin, Mr Cull said the council had already resolved to investigate what was needed in South Dunedin, in a way that did not seriously disadvantage property owners.

He said the whole community would need to work together to confront the issue.

Jim Flynn is a retired philosopher, not a statistician, not an economist, and certainly not any kind of climate scientist. Sadly, he also seems to be turning into Dunedin's version of Gareth Morgan.

Ecologists, sociologists, and others have regularly churned out these kinds of apocalyptic predictions at least since the early 70s, and not one has come even close to being realised. Given Jim's lack of expertise in the area, this one is about as likely as the moon turning to cheese.

This man can see the future problem. Most can see a problem. What we have to ask is what will or can be done to fix the problem. That's what we don't hear.

Yes, 'Coker', and going by form, you are turning into Dunedin's version of Denier Manqué.

Actually, those alive in the early 70s will remember dire predictions of the consequences of global cooling, which was occurring at the time. The Listener had a feature article on it. And this is the problem. None of the climate models used by the IPCC and others can explain why there was warming in the first part of the 20th century, then cooling for over 30 years, then warming again, even as carbon dioxide levels relentlessly rose. Of course most graphs conveniently start at the end of the 70s to fudge this issue. It is not at all clear that there is a simple link between burning fossil fuels, global mean temperatures and sea-level rise.

This article bases its assertions on a "formula".
Ifs and coulds aplenty. Dire predictions for the future well after next weekend. I do not believe a word of it.
Give the professor a pat on the head and warn him not to fire the imagination of the gullible biased anti-Trump media.

Surprisingly, the President of the United States has said nothing about South Dunedin. Fulminate ideologically if you will, Graham. If you don't live in SD, you don't need to believe it. We'd just like to be prepared. Stoking NZ's anti intellectual element is equally unproductive.

Pity Jim didn't use the most relevant data. The Port Chalmers record gives us till 2209 till that critical 25cm rise is reached.