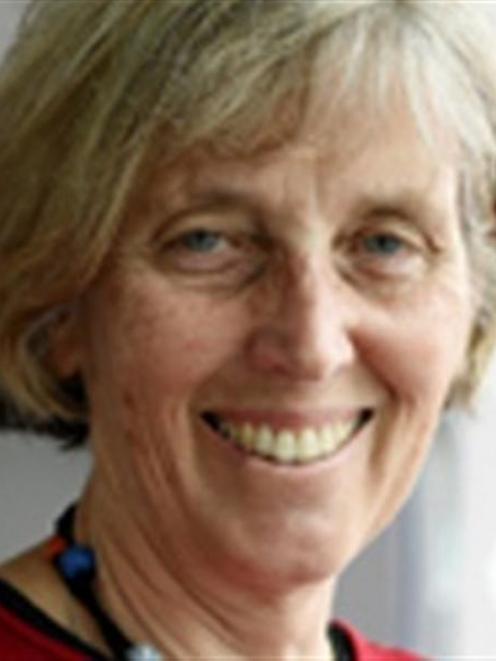 Margreet Vissers.
A University of Otago researcher is set to launch two new studies of a controversial treatment for cancer - using vitamin C.

Prof Margreet Vissers says in her research so far, ''everything points to [Vitamin C] being a benefit'' for certain cancer patients.

The use of vitamin C (ascorbic acid) in cancer treatment has met widespread scepticism since the 1970s, when American scientist Linus Pauling said his patients were doing better and living longer after he administered intravenous vitamin C to them.

''And at the time, everybody said: `I have no idea how that would work','' Prof Vissers said.

''Because [then] there wasn't any function that we could assign to vitamin C that would make sense of that.''

Since then, Prof Vissers, from the university's Christchurch campus, said, many cancer patients had reported good outcomes after using vitamin C as an ''alternative'' cancer treatment, but there was no scientific evidence to explain that or how it worked.

Then, about a decade ago, scientists discovered ''new functions for vitamin C that suddenly make sense in cancer'', Prof Vissers said.

''I remember thinking, it might be weird, but Linus Pauling may turn out to be right, after all.''

Now, Prof Vissers might be on her way to proving him right.

From that study, which looked at bowel and endometrial tumours, Prof Vissers said vitamin C ''definitely looks as though it will be useful''.

In two studies, Prof Vissers will be extending that research to look at the effect of intravenous vitamin C on patients with colon and rectal cancer.

The human study is ''the next step to see if [you] can manipulate vitamin C levels in the tumour by giving people vitamin C, and if you do that, does it actually close down the mechanism that we know promotes tumour growth?

''If the human intervention study is successful, she said, the next step would be a ''full-blown clinical trial''.

Her team will also be looking for the same characteristics in tumour samples from breast cancer patients, hoping to determine whether what they observed in bowel and endometrial tumours might apply to other kinds of tumours, as well.

If the results are promising, Prof Vissers plans to undertake a human trial with breast cancer patients, like the one she is about to begin with colon and rectal cancer patients.

The study of breast cancer tissue has been jointly funded by the New Zealand Breast Cancer Foundation and the Canterbury Medical Research Foundation to the tune of $84,000, while the human intervention study will be funded by money donated to a trust Prof Vissers has set up, Vitamin C for Cancer.

The trust has set a $1 million fundraising goal and has received $300,000 so far, which was ''certainly enough ... to start the study'', Prof Vissers said.

It was important to establish if vitamin C was beneficial for cancer patients, Prof Visser said, because right now, it was mostly being used by terminal patients who were ''absolutely desperate''.

''They've tried everything else, so they try [vitamin C], but for most, it's too late to do anything,'' she said.

''We'd like to know, is this a good idea, and should we be giving this to people sooner? We need some answers to those questions.''