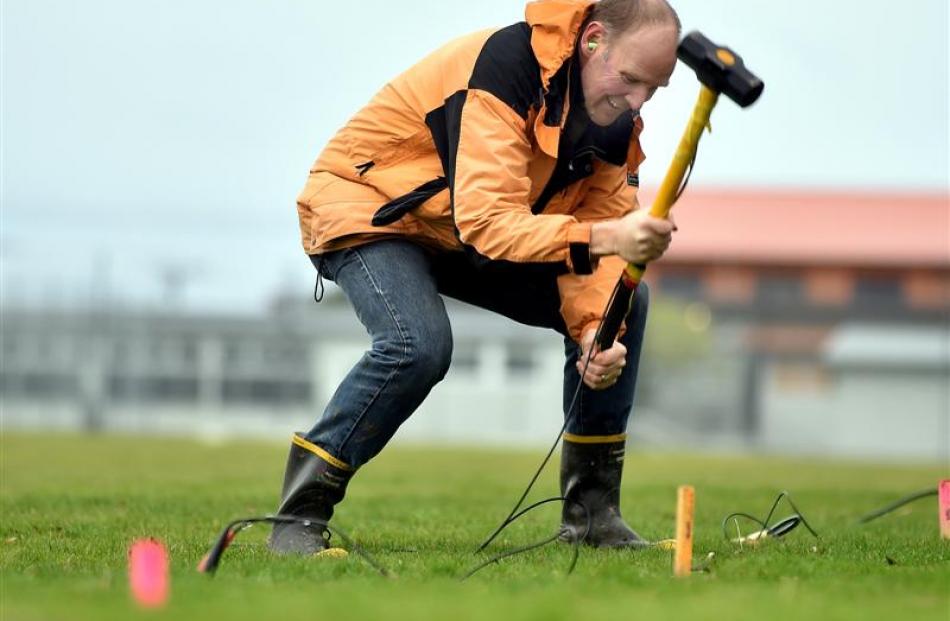 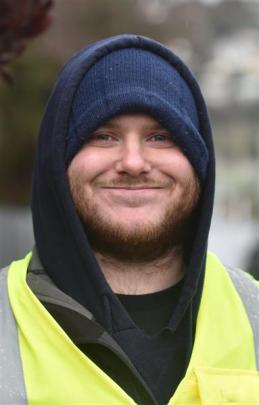 University of Otago researchers, including MSc geology student Andy Holt, under the supervision of Associate Prof Andrew Gorman and Dr Christian Ohneiser, of the Otago geology department, spent much of yesterday undertaking acoustic mapping work on the south side of Macandrew Rd.

It was near Bathgate Park School and at King's High School sports fields.

Researchers plan to complete the last phase of their current research today, by continuing acoustic mapping under a section of nearby Bathgate Park.

Mr Holt, who hails from Kansas, in the United States, said gaining a new acoustic picture of part of South Dunedin's geology was a ''very interesting'' prospect.

''You're seeing something no-one else has seen before,'' he said.

Because of wet conditions on the sports fields, researchers yesterday did not use a ''thumper'', a trailer-mounted device built at Otago University in June with funding from the Earthquake Commission.

This device uses a cable to lift and drop a 250kg mass on to the ground.

Geophones - microphones pushed into the ground - were then used to detect the resulting soundwaves, reflected from layers within the ground, which could be used to ''create a picture'' of subsurface layers, Prof Gorman said.

Yesterday, researchers used a hammer to strike a metal plate on the ground to build up an acoustic map.

Scientists now knew the ''devastating'' earthquakes that had hit Christchurch since late 2010 had resulted from motion on a previously unrecognised fault running east-west across the Canterbury Plains, south of Darfield, Prof Gorman said.

In the Otago region, and particularly near Dunedin, similar systems could exist, but little detailed acoustic mapping had been done under the city, including in South Dunedin.

Dunedin had two nearby fault systems, the Titri and Akatore faults, and other faults might also have the potential to generate ''large, damaging earthquakes'' in the city.

A further complication was that South Dunedin was built on geologically recent sediments with a shallow water table, factors making the area more susceptible to earthquake-induced ground movement.

The study aimed to help identify the positions of fault zones and to assess the likely intensity of shaking, based on underlying ground conditions.

The research had gone well yesterday, and gaining a ''better understanding'' of underlying layers would help civil defence and other planners ''make wiser decisions'' for the future, he said.