Age no barrier to becoming artist 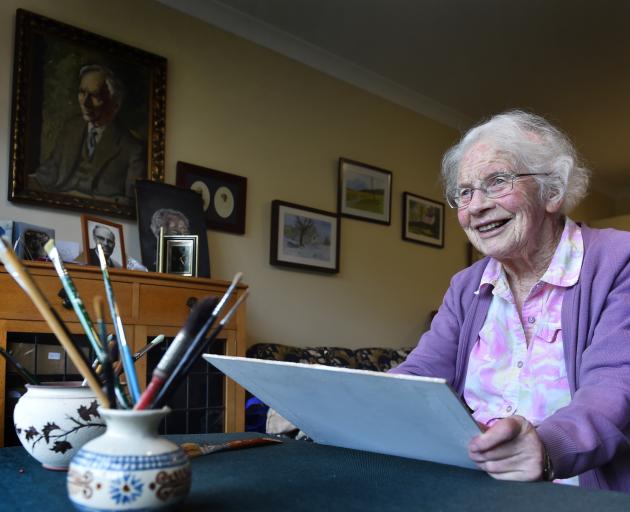 Ryman resident Honor McKellar with her art works. PHOTO: PETER MCINTOSH
Being in your 90s is no barrier to taking up or continuing art.

That was proved last night at the opening of an Otago Art Society exhibition at the Dunedin Railway Station.

The exhibition was the idea of Mari Gomes, a care assistant at Ryman Healthcare's Yvette Williams Retirement Village in Highgate. 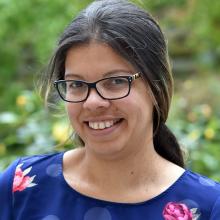 She said some had started dabbling in art as late as their 90s.

She had the idea of doing an exhibition, and it was agreed to by Ryman management.

While some of the art in the exhibition would be new works by residents of two Ryman facilities, there would also be collected memorabilia, including knitting done by a resident's family member when they were on a boat to New Zealand in the 1800s.

Ms Gomes said there were many benefits for the residents, as creativity improved their lives.

"They were very excited knowing their art work would be there."

Resident Honor McKellar, a former singing teacher who was awarded the Queen's Service Medal in 1989 for her work, said she no longer sung, but liked to do something creative.

She painted what she saw from her window, including birds, trees and St John's Church next door in Highgate.

"I hope I will be pleased with it; very rarely I am."

Otago Art Society president Doug Hart said it was important to show it was never too late in life to paint.

"Some of these folk have taken up the paint brush late in life, and it has meant a great deal to their quality of their lives and learning."

The exhibition runs until December 14.