The international fame of Dunedin’s albatrosses is set to soar, and now the stars will be on display around the clock.

The Department of Conservation’s Royal Cam at Pukekura/Taiaroa Head has gained more than 3.5 million views of egg hatching and bird rearing since the live stream started in 2016.

Charles Eldermire, of Cornell University’s Lab of Ornithology in New York, is in Dunedin upgrading the camera with
night vision capabilities and the ability to pivot and zoom remotely.

The feed will also be added to the university’s global network of bird cameras and present the albatrosses to its 20 million annual viewers.

This could bring even more international attention to the plight of the birds, he said.

‘‘Hopefully this makes the audience much broader.’’

It was difficult to get people interested in birds by just talking about them.

‘‘But the moment people see the beauty of a bird doing what a bird does they feel it in their heart.’’

The cam will be out of action during the upgrade, which is planned to be completed later this week.  In its place is a highlights video in the meantime. 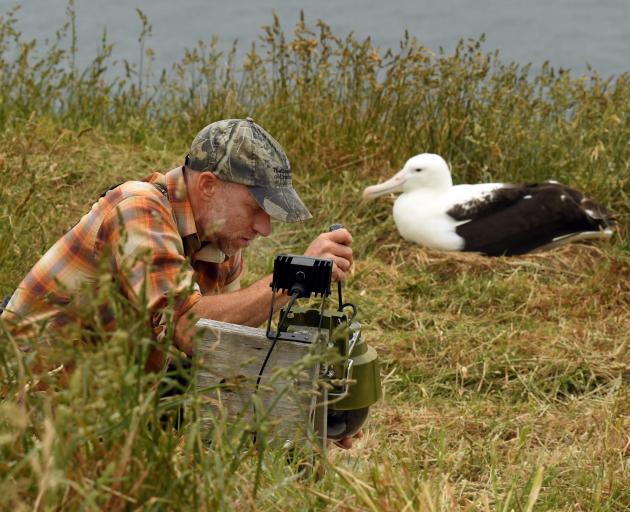 Cornell University’s Charles Eldermire tinkers with the Royal Cam at the Dunedin’s albatross colony. Photo: Stephen Jaquiery
Doc wildlife ranger Sharyn Broni said the night vision gave international streamers the ability to tune in any time of the day, which helped when they were in different timezones.

As well as showing rangers how the birds acted at night, it would allow them to see what predators roamed the grounds.

There were thought to be feral cats, stoats and potentially possums in the area.

‘‘We’re excited to see what albatross get up to in the evenings.’’

The extra exposure would help to bring attention to the birds and issues pertinent to them.

‘‘It takes that message of looking after the albatross and the ocean out to the world.’’

The area was where much of Dunedin’s litter accumulated, and this was dangerous for the birds, Ms Broni said.

While a record number of albatross chicks fledged in October, it was a ‘‘dangerous world out there’’.

‘‘These birds face a variety of threats to their survival, once they leave the relative safety of the colony.’’