Arrests made over South Dunedin robberies 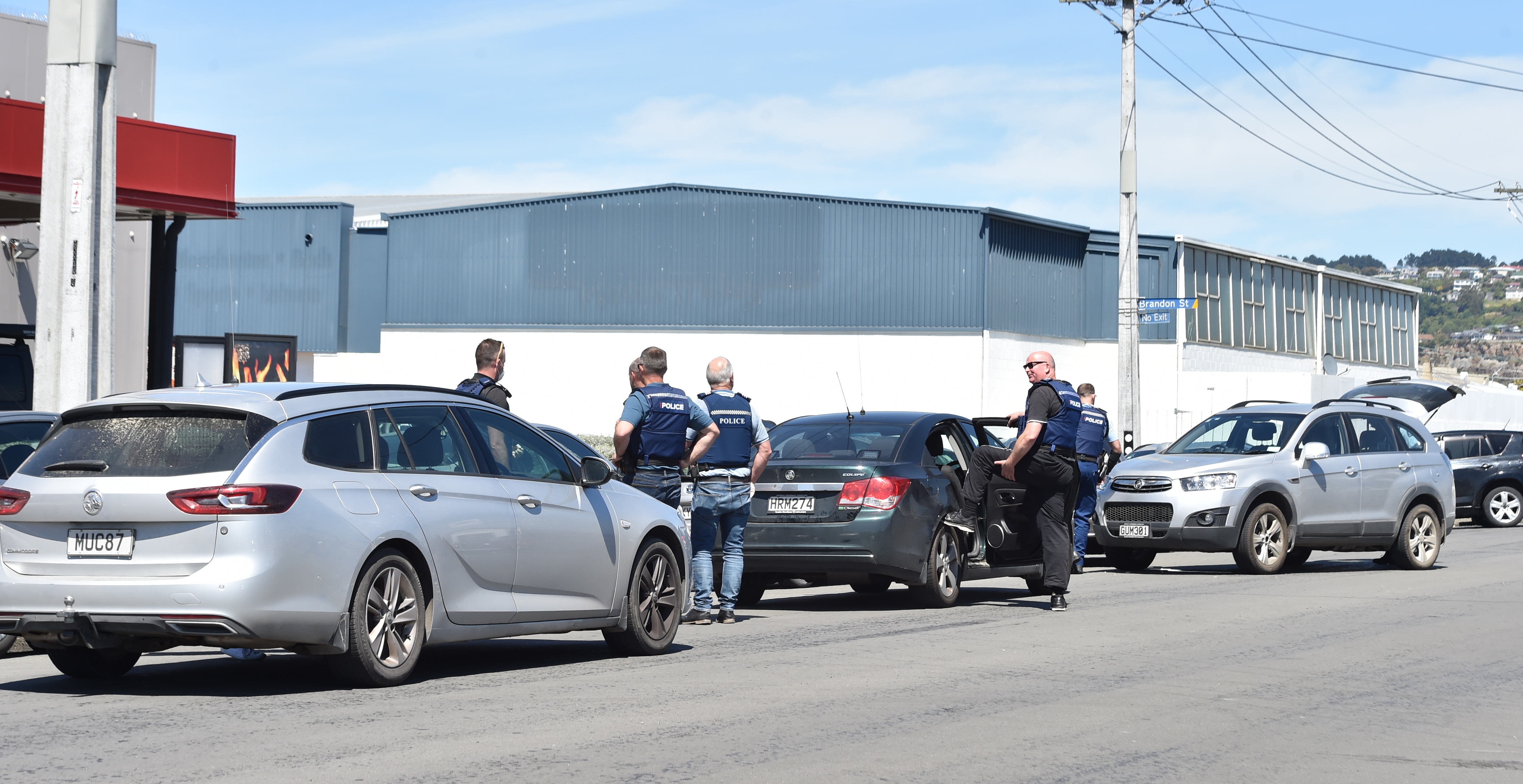 Police at the scene this afternoon. PHOTO: PETER MCINTOSH
Two men have been arrested in relation to a pair of robberies in South Dunedin last weekend, a police spokeswoman has said.

One of the men was arrested after a dramatic pursuit today which ended with a crash near Burger King Andersons Bay, followed by the suspect being caught by a police dog.

Two associates were also taken into custody after the crash.

One person was arrested for obstruction and another for driving the vehicle that crashed into a parked car.

Police were still working through charges for the third person, a police spokeswoman said.

The Otago Daily Times understands one of the men, who was wanted in connection with the South Dunedin robberies, was being tracked by police, including the armed offenders squad when the incident happened.

He apparently noticed the police presence and attempted to escape by driving into the Burger King car park before speeding through the drive-through and crashing into two cars on McBride St.

He then attempted to escape on foot before being apprehended by a police dog.

An eyewitness at the scene said that the Andersons Bay end of McBride St was closed to public.

A police spokeswoman said a second man had also been arrested in connection with the robberies in Lawrence today.

The intruders presented a firearm to bar staff and demanded money, a police spokesman said.

After not being able to obtain any, they ran off into Young St. At 4.40pm, police were called to a second alleged robbery, this time at a TAB in Hillside Rd.

In that instance, cash had been taken from the premises, a police spokeswoman said.