Ashton big on spice and laughs 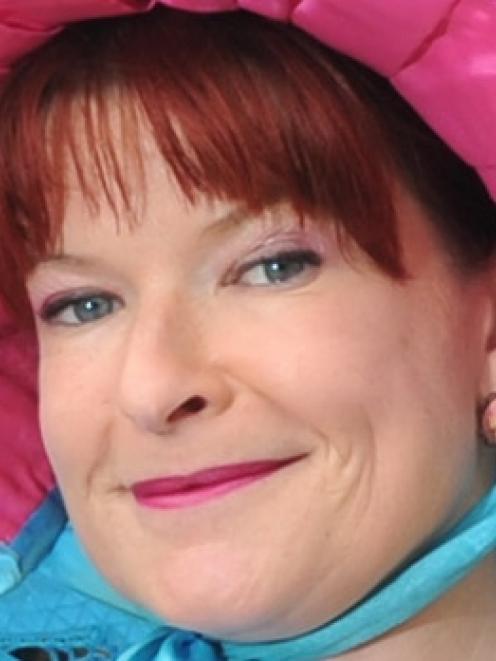 Penny Ashton
The musical Promise and Promiscuity was written by Jane Austen and Penny Ashton.

Ashton wrote most of it but never considered listing her name before Austen.

''No, I felt Austen is more qualified.''

Ellis performed at St Paul's Cathedral yesterday, as part of the festival.

''Robbie has done the music for four of my solo shows and done such a good job, especially on this one - there's flutes, violins and cellos to make it all sound fabulous.''

Ellis recorded the music when he was living in Dunedin and Ashton wrote the lyrics.

The play contained some innuendo, such as ''I don't suppose you have an opening on your dance card I could fill'' and ''you hold balls magnificently well'' but the musical contained fewer ''filthy'' moments than past solo shows.

The musical was in the same vein as classic Austen, such as Sense and Sensibility and Pride and Prejudice.

Ashton felt more connected to the musical after discovering she was related to Austen's rumoured flirtation, Thomas Langlois Lefroy. Ashton was his fifth great-niece.

She enjoyed finding the costumes to wear in the musical, including bonnet, stockings, slippers and corset, accessorised with parasol and fan.

She had performed the musical about 100 times since February last year and had performed in Canada, and to a sold-out Fire Station Theatre, in Mosgiel.

Next year, she planned to take it to Perth, Adelaide and Edinburgh.

People had told her they enjoyed the musical because it added ''spice'' to their life.

''I like to make people happy when they walk out the door.''