Opposition parties have described a residential care asset-threshold change in this week's Budget as an attack on the elderly.

An automatic $10,000 annual increase in the threshold, now $210,000, was scrapped in this week's Budget in favour of an inflation increase.

New Zealand First health spokeswoman Barbara Stewart said the "shameful" move was a "sneak attack" that would discourage people from saving for retirement.

"This piece of tacky legislation provides a disincentive for senior citizens to save when a good portion of their savings could be siphoned off to pay for their care."

The move should have been signalled at least a year in advance, rather than being sprung on people with only a few weeks' notice, she said.

The threshold change should have been aired well before the Budget, but was "buried" in a Budget health press release, and not even mentioned by Finance Minister Bill English in his Budget speech, Dr Clark said.

"The Government is encouraging New Zealanders to save but could end up taking more of your nest egg. This measure could discourage people from saving."

An estimate by Ministry of Health deputy director-general Don Gray says altering the threshold will affect 170 people in 2012-13, saving $4.5 million.

Grey Power Otago president Jo Millar was philosophical, saying the elderly were willing to share the burden of tough financial times. She said the money would help pay for other parts of aged care, such as the boost to dementia care.

The New Zealand Aged Care Association has welcomed the move, but was disappointed the savings would not be earmarked for aged care.

A spokeswoman for Health Minister Tony Ryall said the savings contributed to Vote Health, and would pay for new health spending.

Also announced this week was an $18.3 million investment, over the next four years, in mental health services for children and young people.

Twelve youth-focused "One-Stop Shops" will deliver a range of health and social services around the country, with $600,000 helping them meet the demands of mild to moderate mental health issues. 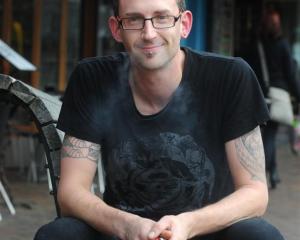