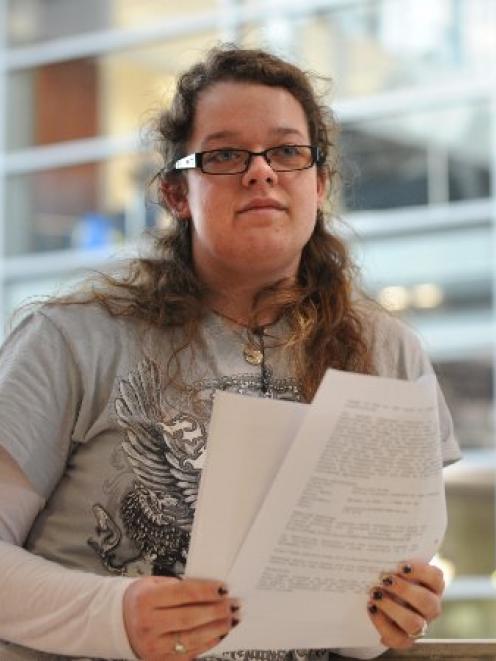 The changes in the Budget included capping eligibility at 200 weeks and making it so postgraduate students will no longer be eligible for the allowance.

The Ministry of Education forecasts these changes will mean that 5140 students (or 5% of recipients) will no longer be eligible for student allowances.

Ms O'Connor (20), who is studying political science, French and Spanish, said the changes left her questioning whether she would study towards a PhD in politics next year as planned.

At present, she received $130 a week through the student allowance, which supplemented the money she received from part-time work, but the changes meant that if she did not receive a scholarship next year, she would be faced with having to work extra hours or increasing the amount she borrowed.

"I am having to seriously consider whether I am going to continue on to postgraduate study."

The changes would put some students off postgraduate study and force others into working extra hours at a time when their study workload was the greatest.

Limiting the number of postgraduate students would also affect the amount of research at tertiary institutions and would eventually limit the number of candidates for academic positions.

"I can't understand why the Government would want to dissuade people from doing postgraduate study."

Labour's tertiary education spokesman, Grant Robertson, said the changes were "short-sighted" and would hit people from poorer backgrounds, who could not rely on financial support from parents, particularly hard.

"I think the Government is sending a message to people from low-income backgrounds that postgraduate education is not going to be supported for them," Mr Robertson said.

The changes also contradicted Education Minister Hekia Parata's announcement that in future it would be a minimum requirement for all teachers to do a postgraduate course.

"Whatever the merits of that proposal, abolishing allowances for all postgraduate study will cause some people to decide not to become teachers," he said.

Tertiary Education Union national president Dr Sandra Grey said the changes went against the Government's idea that universities should be at the "cutting edge of innovation".