Aurora Energy is among the worst lines companies in New Zealand when it comes to the state of its assets, Commerce Commission data shows. 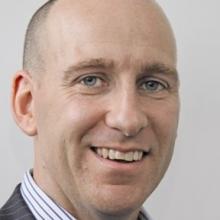 Recently published summaries on the state of  New Zealand’s 29 lines companies showed ageing power poles are among the least of Aurora’s problems when it comes to risk.

The condition of its overhead lines, subtransmission lines and cables, switchgear and substation transformers were all rated by the commission as  a "potential risk".

Some other lines companies also performed poorly, but none had so many asset categories rated as a potential risk.

Aurora’s assets were judged as being in better condition than the New Zealand average in  one of eight measures - underground cables.

On many measures it was rated among the worst on both average age of its assets and overall condition.

The data, which covers the year to the end of March last year, comes after intense scrutiny of Aurora over accusations it put workers and the public at risk by under-investing in its network, which covers Dunedin, Queenstown Lakes and parts of Central Otago.

Aurora chief executive Grady Cameron highlighted the work it had planned to upgrade its network and said other networks were in the same position.

"[The data highlights] a common challenge for those networks in New Zealand, like Aurora Energy, that were mainly built in the 1950s and 1960s and are now due for renewal.

"Aurora Energy is not alone in having an ageing network and the need to replace ageing network assets has been signalled in its recent asset management plans," Mr Cameron said.

It recently announced a $720 million plan to upgrade its network over the next decade.

It included the replacement of 14,000 poles, which was already under way with its fast-track pole programme.

The commerce commission data showed 30.7% of its poles were past their expected use-by date, which was second-worst, behind Network Tasman at 32.8%. The condition of its power poles, however, was not rated as a "potential risk" by the commission.

Of Aurora’s substation transformers, 46% were past their expected use-by date, as was 46.6% of its substation switchgear.

"Ultimately the companies are accountable for the reliability of their respective networks, but where we see the asset profile getting older we will be talking to the companies about their specific circumstances and what they are going to do to remedy that," Dr Gale said.

The data had not previously been published in a form that allowed the general public to understand and compare the performance of lines companies.

"By developing these one-page summaries this information is now more accessible and also beneficial for our own monitoring of the sector to track where improvements are being made."

Audience as entertaining as performers in production specially for babies

And so, in the middle of winter, Aurora is cutting power to households from 9 am to 3pm to undertake essential maintenance due to them so under planning to do so in past years. Thus instead of turning power off in the warmer 9months we get a mid-winter hit. Lets hope its not a 0C or below day else the library will not big enough. Can't light the fire because Regional Council will get autocratic.

Aurora Energy appears to have become quite an embarrassment to the DCC and the ratepayers of Dunedin City...

Aurora has been a cursed name.

'Aurora' was the name of Errol Flynn's ocean going yacht, which, too late, some guests found they wanted to get off.

Project Aurora was an insidious time and motion study for SOEs, which invited employees to nominate where cuts could be made.