Aurora Energy has unveiled a $720 million plan to upgrade its ageing electricity network over the next decade. 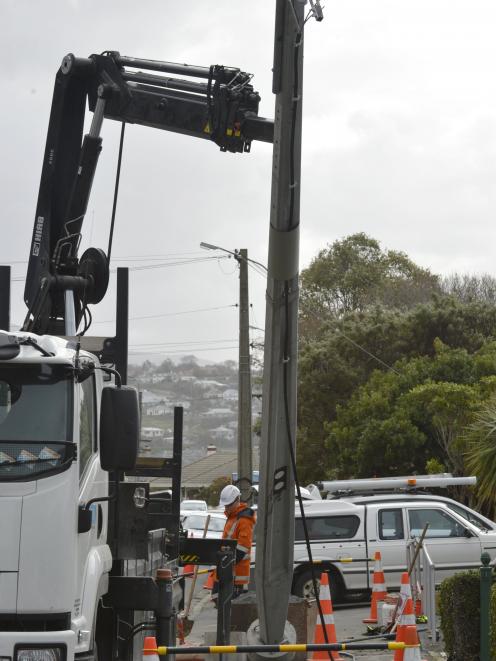 The plan is a more than $300 million increase on the 10-year plan the Dunedin City Council owned company released last year.

It comes after the company was under public pressure to invest more in its network, which covers Dunedin, Central Otago and the Queenstown Lakes area.

In a press release this afternoon, Aurora Energy said the plan would have an extensive impact on the region's economy through job creation and spill-over benefits to other businesses.

As part of the 10-year plan, $347 million would be spent on asset renewal, extending to a total of 14,000 poles, the replacement of ageing subtransmission cables and upgrading of overhead lines.

Other major projects included a new substation at Carisbrook, which would replace the 60-year-old Neville St substation by 2019 and a new Wanaka substation on Riverbank Rd, Wanaka.

The plan included the already announced fast-track pole replacement programme, announced after the company came under scrutiny over the number of compromised poles on the network.

Aurora Energy chairman Steve Thompson said an additional $81 million would be spent on growth and security of supply projects to support the region.

"Many of Aurora Energy's network assets date back more than fifty years so this programme will see ageing assets upgraded and replaced with modern equipment designed to keep pace with demand and ensure the resilience of the network,'' Mr Thompson said.

The plan was focused on ensuring network safety and reliability, as well as adequate funding to cater for long-term growth.

"Overall, the planning period will be characterised by the delivery of the largest work programme in Aurora Energy's history.''

The remaining expenditure was tagged to maintenance and operating expenditure ($192 million), and capital expenditure primarily related to new consumer connections and safety and reliability ($101 million).

"This will make it likely that Aurora Energy will continue to be above existing regulated reliability thresholds for a time, but we know the end result will be worth it.''