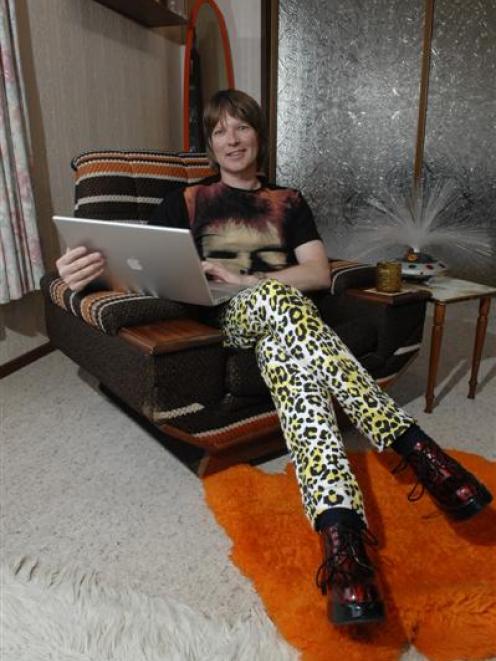 University of Otago music lecturer Ian Chapman is writing a book about 1970s New Zealand art, fashion and culture. Photo by Linda Robertson.
Some say it was the decade that taste forgot.

Ian Chapman says the 1970s was an era of sartorial elegance overshadowed by its younger sister, the 1960s.

But now, the University of Otago music lecturer hopes to encapsulate the essence of the polyester era in a new book about life in 1970s New Zealand.

"It was a glam-rock time when the farm boy from Otorohanga would slip out of his black singlet and gumboots, and get dressed to go to town.

"He would wear coloured polyester suits, platform shoes, four-inch-wide paisley ties . . . some would even put make-up on. I don't think we'll ever see Kiwi men dressing like that again," he said.

Mr Chapman said writing the book was a labour of love that was inspired by the fact he never left the era.

"The glitter ball never stopped turning for me. I never moved on to the '80s or '90s.

"I just couldn't quite bear to let it go."

A year into the project, Mr Chapman said he already had dozens of photographs of 1970s fashion and culture, but more were needed.

He called on members of the public to delve into their family albums and send him copies of photos of people going about their daily business three decades ago.