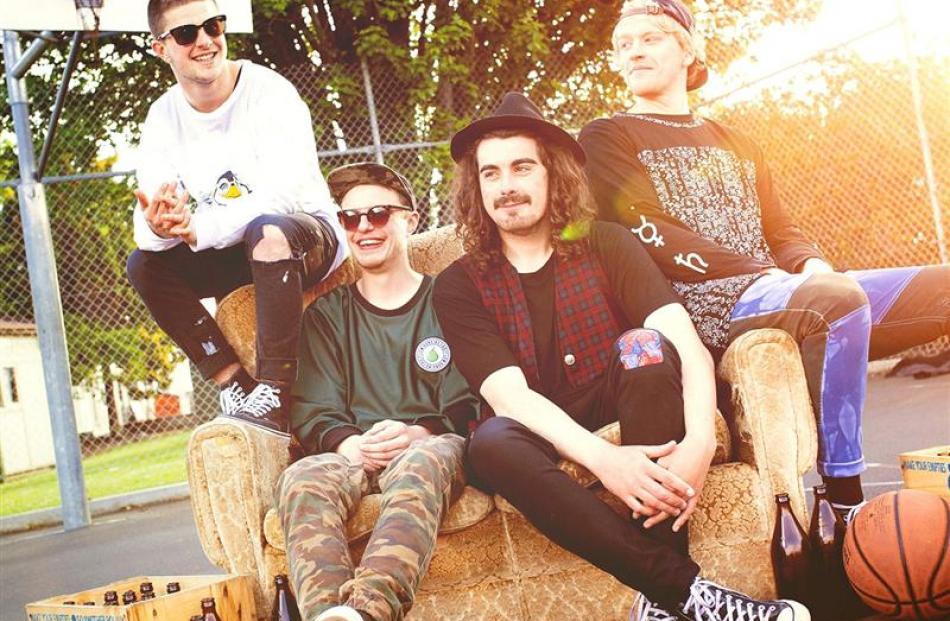 As part of O Week celebrations, Dunedin band Summer Thieves will be playing the Toga Party tonight at Forsyth Barr Stadium. The band's vocalist and guitarist Jake Barton spoke to the Otago Daily Times before the gig.

Q: If you were to take a career path other than music, what would it be?

A: A teacher, to teach and inspire the youth. Or at least try to, anyway.

Q: Describe your sound for those who may not have heard the band before?

A: Reggae-infused hip-hop and rock. We are heavily influenced by Sublime, Kora, Six60, Jack Johnson and Ben Harper.

Q: What is the best part and worst part of being a Dunedin band?

A: The best part of being in Dunedin? So many waves, we are spoilt for choice. And the scarfies definitely know how to party/rinse. The worst part is the fact that it's a smaller city with less people, which means it's a lot easier to oversaturate the market. We can't play as many shows here as we could if we were based in Auckland.

Q: What is your favourite musical act?

A: Sublime. I grew up listening to them with my older brother and was immediately inspired by the tone, flow and pure rawness of Bradley Nowell.

A: I was a second-year music student at the University of Otago. I was probably up to no good, like you all are now.

Q: What is next for Summer Thieves?