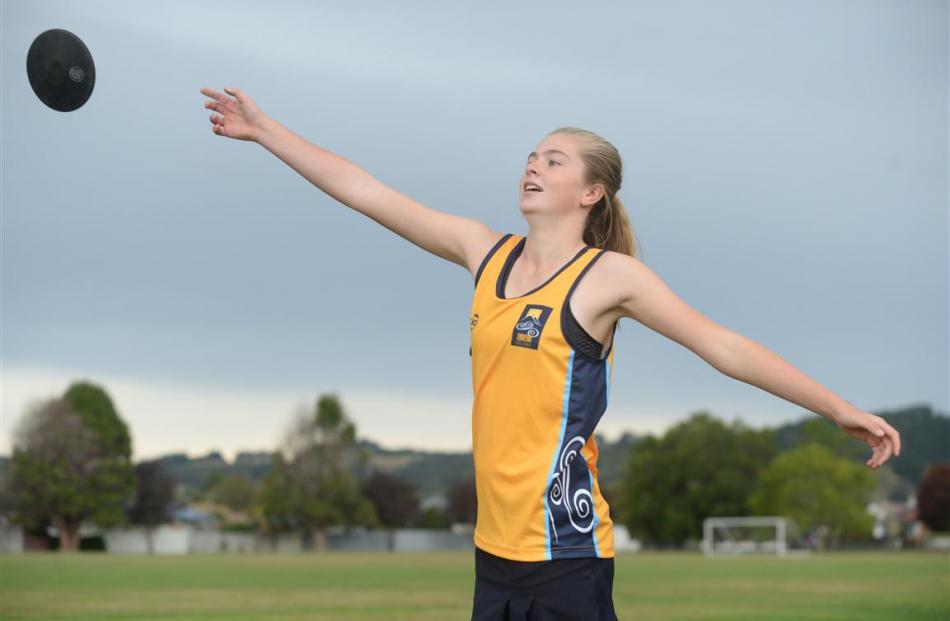 A Taieri College pupil has broken a South Island discus record, beating the old mark by more than a metre.

The year nine pupil eclipsed the previous under-14 record of 35.01m by throwing 36.24m during the event.

Zharna said she knew what the old record was but had not set out to beat it.

The success capped a successful couple of weeks for the promising athlete, who went past the Otago age-group record at the inter-provincial championships in Dunedin a week earlier.

Zharna had been trained by High Performance Sport New Zealand coach Raylene Bates for the past two years, and put much of her success down to that tuition.

She took up the sport when she was 5 years old and began competing at Athletics Otago events when she was 10, she said.

She now trained twice a week.

Her long-term goal was to represent New Zealand at the Olympics but she had a short-term goal she was focused on first.

‘‘Another goal would be to go really well at the national under-16 championships in Auckland [in December],'' she said.