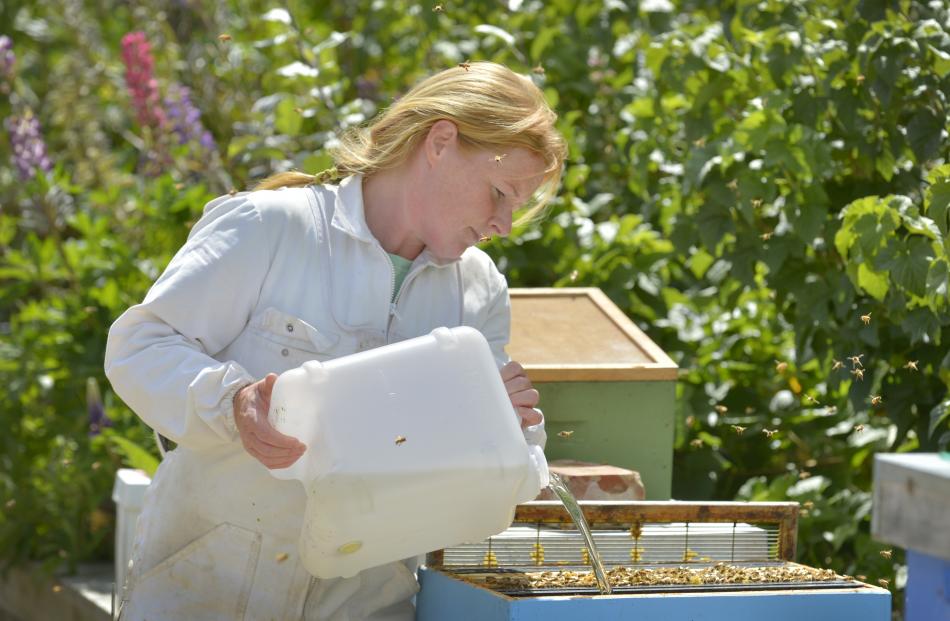 Taieri beekeeper Heidi Rixon feeds bees with sugar water to make up for a lack of nectar because of the poor summer. PHOTO: GERARD O'BRIEN 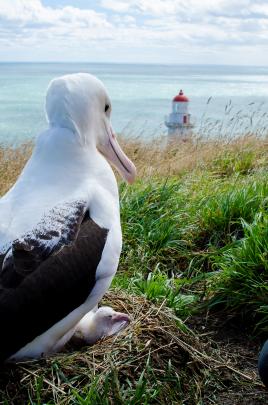 This is a story about the birds and the bees, farmers - and miserable January weather.

Taieri-based Rentahive co-founder, beekeeper and bee breeder Murray Rixon said it had probably been the worst summer for beekeepers in living memory. Some in coastal parts of Otago had collected less than half the usual amount of honey.

It was a triple-whammy for beekeepers, as low light, cool temperatures and wind all affected honey production, he said.

Beekeepers were resorting to feeding bees with sugar and it was so cold many bees probably thought it was already autumn.

He and his wife Heidi tried to avoid using sugar water to feed their bees, but conditions this year meant they used more sugar water this season than during the last five seasons combined.

He had been keeping bees for more than 20 years and his hives around Dunedin were probably producing less honey than in any other season.

In contrast, some hives in Central Otago were doing ``very well''.

Department of Conservation ranger Lyndon Perriman said he counted himself among the few Dunedin residents who wanted January's wet, windy and cold weather to continue.

It was the perfect greeting for the first three northern royal albatross chicks which hatched on Sunday and yesterday.

Hot weather could cause adult birds to suffer from heat stress and left eggs vulnerable as adults stood up to cool down.

The windy start to the year also made it difficult for flies to land, reducing the risk to the chicks of fly-strike.

There were 28 viable eggs at the Taiaroa Head colony this season, which was about average.

Otago Peninsula Trust Taiaroa Head operations manager Hoani Langsbury said the egg at the nest being filmed by webcam was expected to hatch about January 29.

After the camera's success last year, the trust planned to install more webcams to raise awareness of its conservation efforts to protect the 20 species breeding at Taiaroa Head.

Federated Farmers Otago president Phill Hunt said most Otago farmers were happy with the amount of rain, given many had experienced droughts in the last two years.

The rain meant most farmers were prepared with winter feed and winter crops were also going well.

As an exception, farmers in South Otago had likely ``had enough'' of the rain.

Foundation for Arable Research representative Peter Mitchell said the bad weather in North Otago and in parts of South Canterbury would cause barley and rapeseed crop losses ranging between 5% and 20%.

Heavy rain and high winds knocked seed to the ground, and this would lead to a financial loss for affected farmers.