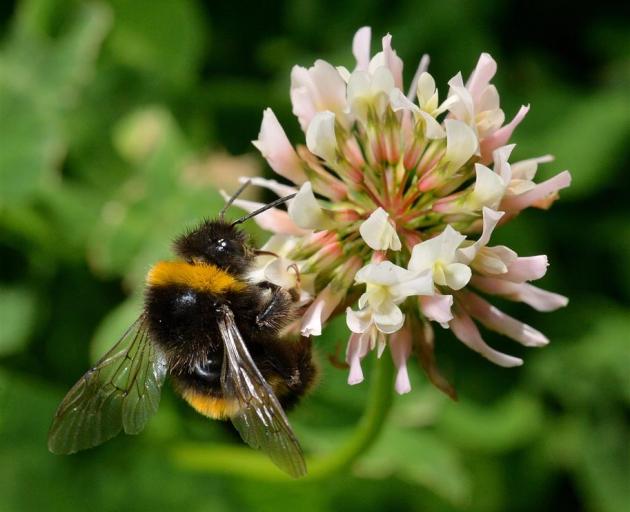 A bumblebee boom has Dunedin buzzing and a local beekeeper says there is no need to worry about the proliferation of the peaceful insects.

University of Otago geneticist and bee researcher Associate Prof Peter Dearden reckoned there were about 50% more bumblebees than usual in the city this year.

"I've also seen a lot of queen bumblebees flying and yesterday I saw a male and female bumblebee mating, which I have never seen before,'' Prof Dearden said.

It was hard to know why there had been a population boom, but one possibility was that it had, in part, been caused by the varroa mite parasite taking out wild honeybee hives.

"That's sometimes associated with an increase in bumblebee numbers because honeybees and bumblebees sometimes compete for nectar from flowers,'' he said.

It could have also been caused by the warmer-than-usual weather in the city.

Whether the bee population stayed high next summer depended on how many hibernating queens survived the winter.

"If there are lots of queens hibernating this autumn, then the population should be bigger, but heavy rain, or long cold snaps would reduce the viability of those queens.''

Betta Bees breeding programme manager Frans Laas said he and other beekeepers had noticed an increase in the numbers of people calling them with concerns about the growing bumblebee population.

"They are quite visible and some people tend to get a bit overstressed and think they are a problem,'' Mr Laas said.

He said bumblebees should be left alone as they were "beneficial insects''. They were also very reluctant to use their stings, so there was no reason to fear them.

"You are not going to get attacked by bumblebees unless you physically grab them and shake them around.''

He did not believe the rise in bumblebee population had anything to do with the varroa mite, as there were more honeybees around than ever.

"There is a lot more interest in beekeeping and managed hive numbers have increased to record levels in New Zealand.''

Instead, it was one of those years when the conditions were right for queen survival over the winter and they were given a good start in spring for setting up nests.

Commercial beekeepers in Otago were also having a pretty good season, but the dry weather was hitting production in some parts of the region, including Central Otago, where many beekeepers had been forced to move hives south.

• Bumblebees were first released in New Zealand to pollinate crops in 1885 near Christchurch in two shipments from the United Kingdom, with 96 queens of an unknown mix of species released.

• The most common bumblebee in New Zealand is the buff-tailed bumblebee, also known as the large earth bumblebee, which can be identified by the white stripe on its posterior.

• They form relatively small nests underground or in holes. In a large bumblebee nest there might be 50 to 100 individuals, but most of the time they numbered between 20 and 30.

• Bumblebees have a more powerful sting than honeybees and can use it multiple times, but they are not as easily riled or as aggressive as honeybees. They produce honey, but not at commercial quantities because of the small size of their nests.

• Queen bumblebees hibernate over the winter. 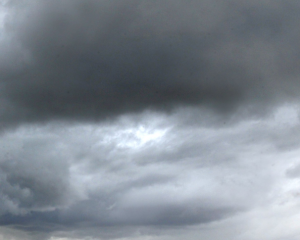