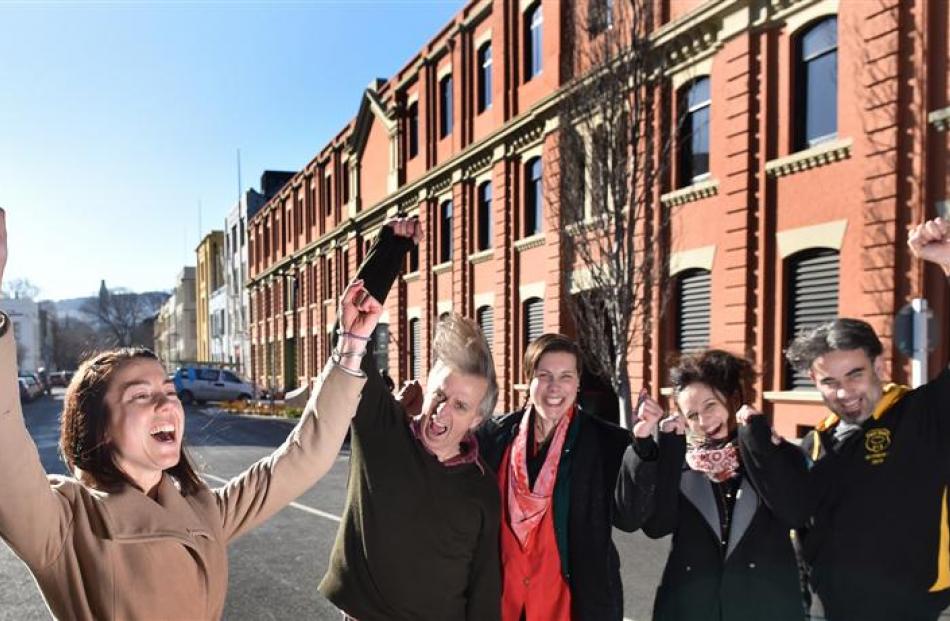 Dunedin's warehouse district will again play host to hipsters, families and everyone in between when the Vogel Street Party returns this year.

The event will be held on Saturday, October 10.

''We were so happy to see such a wide range of ages and interests enjoying the diverse activities on offer. There was such a great vibe on the day and everyone was asking `will it happen again next year?' The good news is yes, it will.''

Planning for the street party was well under way in an effort to make the event ''bigger and better'' than last year's, he said.

Last year's party included music from a stage at the Jetty St bridge and street performers at the Queens Gardens end, with food stalls and more in between.

Later in the day, the street became an active art space, with international street artists filling wall spaces as part of the Dunedin Street Art Festival.

This year organisers would collaborate with the Dunedin Unesco City of Literature group for a party themed around ''literature and light'', Dr Hazelton said.

The street would be ''ablaze with literature and light, lifting our spirits, enlightening our minds, warming our hearts and feeding the soul''.

''It is a fitting tribute considering the area's past rich literary history - the artistic vibe of the warehouse precinct and Dunedin city is alive and well and looking forward to the future.''

Entertainment and creative activities would run throughout the day to highlight the heritage revitalisation taking place in Vogel St and the surrounding precinct, he said.