Blood found in car most likely to be from victim

Amber-Rose Rush was murdered in her Dunedin home last year. Photo :Supplied via NZ Herald
Blood on a Dunedin doctor's shoe and the window of his car was 800,000million times more likely to be Amber-Rose Rush's than anyone else, a court has heard.

The 16-year-old was allegedly stabbed to death in the bedroom of her Corstorphine home on February 2 last year by Venod Skantha (32).

He is on trial before the High Court at Dunedin charged with murder and four counts of threatening to kill.

The Crown case is that the catalyst for the violent attack came just minutes before Amber-Rose's death, when she threatened to go to Skantha's Dunedin Hospital bosses and the police with allegations of sexual offending.

The defendant was on a final warning in his job at the time and the victim's claims would have likely ended his medical career, prosecutors said.

ESR forensic scientists spent Thursday detailing areas where blood was found at various scenes and how samples were collected.

A teenage witness previously told the court how he drove the defendant to and from Amber-Rose's house, to Blackhead where her phone was allegedly dumped, back to the defendant's Fairfield home to clean the car and then on to his ex-girlfriend's home in Balclutha, where they spent the next two nights.

Yesterday, another ESR scientist, Timothy Power, explained the analysis of the samples and the statistical likelihood of the DNA profiles.

On the window of Skantha's silver BMW, were six small blood droplets and investigators found other marks on the bottom of his grey suede shoe.

Mr Power said the blood was 800,000million times more likely to be from Amber-Rose than another random member of the country's population. 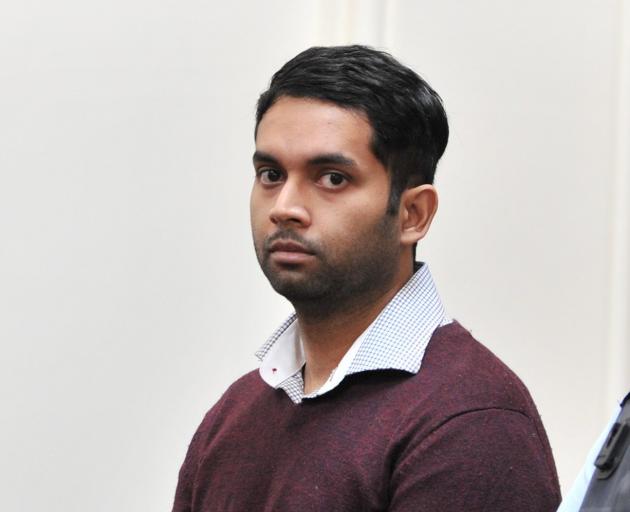 A transfer blood stain on the car's passenger door came back with a mix of two or more people's DNA.

That, too, was an extremely high likelihood of accuracy.

Defence counsel Jonathan Eaton QC clarified the DNA match did not mean there was specifically blood in the sample.

Under cross-examination, Mr Power also confirmed that there was no way of telling when someone's DNA was deposited on a surface.

He suggested the witness had deliberately put the blood on Skantha's shoes to portray him as the killer.

Similarly, Mr Eaton said the blood in the car must have been planted to frame the doctor.

The teenager denied doing so.

The trial this week